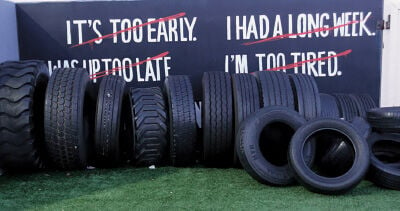 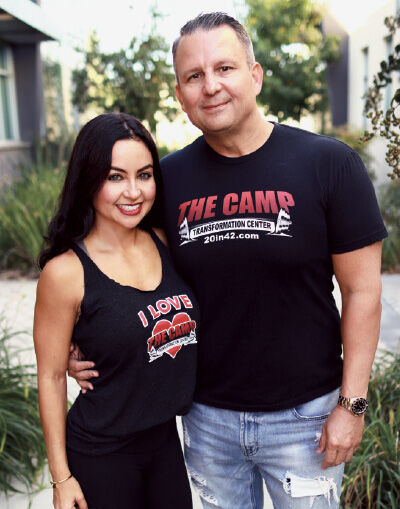 Alejandra and Louis Font are in the business of selling dramatic life transformations, and have the personal experience to back up the you-can-do-it messaging that’s the foundation of their Camp Transformation Center weight loss boot camps.

That first stage of their metamorphosis came after meeting each other at the Southern California bank Louis worked at in the early 2000s. Shortly afterward, he quit his job to pull the trigger on his long-held dreams of owning his own business—a Subway location that ultimately failed. By his own admission, he went in there with "the attitude that I was going to show Subway how to sell sandwiches."

After selling their sandwich shop in 2009, the now-married couple had lost everything at the deepest depths of the Great Recession. With two young sons, they started looking for a new direction and found it in a small gym they joined with an especially inspiring trainer, Sam Bakhtiar, who helped them both—Alejandra first—lose dramatic amounts of weight with a program that was equal parts physical workout and emotional overhaul.

Amazed by their own progress, and after Louis topped out at 250 pounds and said he "looked terrible and felt terrible," the Fonts jumped into their healthier new lifestyles with both feet—eating better, exercising regularly and—as is the norm these days—sharing their progress with friends and family on social media and on their blog.

What they knew for sure

"Back then it was a new concept," he said of the fitness boot camp movement. "We had to figure things out on our own. What we were sure about is we wanted to help people get results, help them get transformation, help them lose weight and have an awesome experience—that we knew for sure."

Soon after opening their first location in Chino, California, in partnership with Bakhtiar, customers soon began asking about opening their own The Camp Transformation Centers. Initially they chose to expand with a licensing model rather than franchising, but soon the momentum of successive openings reached the point where they realized it was time for another shift.

The decision to franchise meant focusing on what competitors were doing in the boot camp space, which tends to focus on more one-on-one attention and less gym equipment than bigger-box fitness centers.

"We knew what the competition was doing, because we were clients of the competition," Alejandra said. "The workout is a workout—you can get the same workout on your own at the park or in your house—but what we were providing was that emotional connection, the accountability, the hand-holding, that has been our secret sauce."

Eight years later, Camp Transformation Center has shed its chrysalis and emerged with a total of 100 open locations—20 of which are company units.

The company hired Brian Balconi, with experience working for Dunkin’ Donuts, Little Caesars and Gloria Jean’s Coffee, as president of the franchise business and general counsel. Underscoring they never intended to become franchisors, Alejandra said their new normal feels like a form of attention deficit disorder with a swarm of new rules, deadlines and procedures to follow—and initial discussions about bringing the concept into Mexico.

The couple said the all-in cost to start is approximately $170,000, which includes $30,000 in gym equipment, operating cash flow and franchise fee. Compared to many other fitness chains, The Camp Transformation Center tends to focus on less expensive light industrial space, which helps improve unit-level economics.

"I’ve been overweight my entire life and it’s very hard," Louis said. "For somebody who’s been overweight a long time it’s emotional, it’s in your mind and heart, and we go through a lot of stuff, depression and not feeling good about ourselves so we need a lot of support."