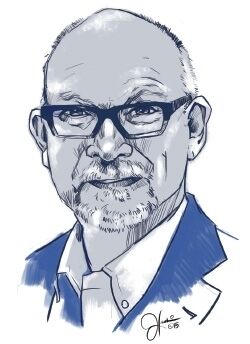 Note: This Pipeline, not my usual, is a follow-up on an August 2017 column about ambitious franchisees, the Chans, who are now being sued after raising $3.5 million from Chinese investors.

By the time you read this, we likely still won’t know whether former multi-unit franchisees Terry Chan, wife Jacquelyn and his brother Gary used the EB-5 program "to enrich themselves" at the expense of seven Chinese nationals who each poured $500,000 into the Chans’ businesses. That’s because the civil case against them, in U.S. District Court, Southern District of Ohio, remained, at the end of April, in pre-trial phase. A trial, if there is one, may not be scheduled until fall.

The lawsuit claims the Chans and six entities they control committed misrepresentation, fraud, forgery and malfeasance. "As plaintiffs would later find out," a court document claims, "the business plan and partnership agreement provided to them were false in significant and material ways."

An email from a tax accountant got me interested in revisiting the Chans. The accountant found my story about the couple’s three franchised Rodizio Grills and wanted to reach them. The reason: A bounced paycheck issued to a client.

When I later checked, two of the Rodizios were shuttered; the other, in Liberty Center, Ohio, was now in the hands of franchisee George Chaposky, according to the company’s website.

A year ago, Terry and Jacquelyn told me they’d signed agreements with Rodizio Grill, Boardwalk Fries and Buffalo Wings & Rings. The capital they needed to finance the openings, they said, came from Chinese investors participating in EB-5. The red-tape-heavy government program permits foreign investors to earn permanent residency in the U.S. (i.e., a green card) by directly investing $1 million or $500,000 in a new or re-structured U.S. business that employs at least 10 people. Businesses set up in a rural or "targeted employment areas" qualify for the lower amount.

EB-5 applicants can invest in so-called regional centers, pools of capital disbursed to one or more entities in a given area. Or they can choose to directly fund a business like the Chans’. Either way, getting green cards for themselves and immediate family members provides the motivation. Returns on investment are usually small, experts say.

The Chans’ investors believed their capital was being used to facilitate the opening of 10 Boardwalk Fries units in Ohio within two years, according to the lawsuit. Later, the location changed to Florida. No matter, the Chans never opened units in either state. In fact, the lawsuit alleges they directed much of the money to their three Rodizio Grills in Indiana and Ohio.

"At this point, plaintiffs have collectively lost at least $1,600,000 in this project, and no Boardwalk Fries restaurants have been constructed. Plaintiffs also do not know the status of the project, or how much of their funds remain, because the Chans have refused to update them" about BWF OPP, one of the Chans’ operating entities, reads the complaint. "The defendants have placed plaintiffs in a disastrous position as a result of the numerous acts of malfeasance discussed above."

Terry Chan did not return calls or text messages seeking an explanation. Gary Chan, reached by phone, referred me to his lawyer, Mark Bamberger, who didn’t return a call.

The investors initially dispatched their checks to an escrow account in 2014-15, where they remained until receiving conditional green cards sometime in 2015. At that point, their funds were deposited into an account controlled by BWF OPP, an entity of the Chans, who promised to add $3 million to the pot. Their contribution never appeared, according to plaintiffs.

The court documents I examined don’t explain why the plaintiffs waited until February 2018 to file a complaint. An attorney for the plaintiffs, Justin Joyce of Porter Wright, declined to answer questions I emailed him. But an immigration lawyer in San Francisco familiar with the EB-5 process speculated the lawsuit took so long to reach federal court because of the 21-month waiting period EB-5 applicants must endure before the USCIS grants them a permanent green card.

"Then you go back to USCIS and show that your money is still invested in the entity and the entity did what it said it was going to," explained Vaughan de Kirby, who has counseled Chinese citizens on similar matters, though he’s not part of this lawsuit. He said the immigration service likely is seeking more information about the deal and could potentially deny the investors their green cards.

An unusual aspect of the case involves Boardwalk Fries President David DiFerdinando, who the Chans’ business plan named as a member of BWF OPP’s management team.

DiFerdinando, who did not return a call seeking comment, refutes the claim in a filing and says his signature was forged. A court document adds, "Boardwalk Fries’ purported involvement in BWF OPP was a consistent theme in BWF OPP’s business plan."

"There’s a huge potential for fraud," declared Justin Klein, a franchise attorney who is not involved in this lawsuit but is familiar with such cases. "It’s incumbent upon anyone participating in this program to do their own proper due diligence."

For clients of a Chicago immigration attorney that means hiring an investment analyst and not depending on immigration lawyers to vet EB-5 projects. "But the problem Chinese investors have," said Gerald Cipolla, who is not part of this lawsuit, "is they sometimes work with overseas agents representing projects, who may be more focused on their own financial rewards."