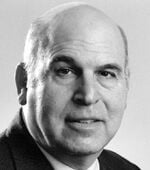 "From Stettin on the Baltic to Trieste in the Adriatic, an iron curtain has descended across the continent."

With those memorable words in 1946, Winston Churchill sounded the alarm: The Cold War had begun. In the years since, that imagery has been summoned up innumerable times in far less portentous contexts, to describe the moment when, almost without notice, an entire region is seen to be in the grip of change—political, social, cultural or economic.

We don’t think about franchising, or franchise legislation, that way. Because countries are autonomous, and with the exception of the issues addressed by the European Union they typically act only unilaterally, we don’t think of the laws and the regulations governing franchising as being in any sense "regional."

In the Americas, for example, the first national law was the Federal Trade Commission’s Franchise Rule (1979). The laws at the state level, most of which were adopted in the decade during which public attention was focused by the FTC’s 1971-1972 hearings, were largely in place by the 1980s.

But despite the unique influence of the United States, that did not trigger an epidemic of similar laws elsewhere in North and South America. South of us only Mexico and Brazil enacted their own laws, and not until 1994 and 1995, respectively. In Canada, while the province of Alberta moved early on (1980) the other provinces followed course only much later, and at their own pace: Ontario (2000), Prince Edward Island (2005), New Brunswick (2011) and Manitoba (2012). And, despite years of speculation, there remains no federal law covering the entire country.

The same pattern can be seen in Western Europe. One saw a single early mover—France in 1989,  with much later action in selected countries without any apparent grand plan: Spain (1996), Italy (2004), Belgium and Sweden (2006).

But it is possible to identify some regions where there appears to be a more conscious, and perhaps a more centrally motivated, scheme. It is acknowledged that the sudden adoption of a franchise law in Russia in 1996 was not the product of any recognizable pattern of abuses calling for a remedy. Now, though, while the stronger nations in the former Soviet bloc—Poland, Hungary, the Czech Republic—have resisted occasional calls for legislation, countries with smaller economies and more closely tied to Russia have over time fallen into line: Romania and Moldavia (1997), Kyrgyzstan and Turkmenistan (1998), Lithuania and Georgia (2001), Estonia, Kazakhstan and Mongolia (2002), Ukraine (2004) and Belarus (2006). Only tiny Albania adopted an earlier law (1994).

In the Pacific, too, one can see the outlines of a common theme. Japan’s law has been in effect for many years (its most recent iteration was in 2002, but the pattern was in place long before then), and has little practical impact. But in the years since that formerly unregulated part of the world has become the most heavily regulated: China and Indonesia (1997), Australia and Malaysia (1998), Taiwan and Macau (1999), South Korea (2000), and Vietnam (2005).  Again, the similarity in most of those laws is unmistakable.

Some regions remain essentially untouched. In all of the vast continent of Africa only one country in the far north has regulation (Tunisia 2009) and one in the south (South Africa 2011), with Angola (2003) as something of an outlier. And the Middle East, despite the growth of franchising itself there, has seemed impervious to franchise laws or even proposals.

Until now. Led by the Department of Economic Development, Abu Dhabi is now considering a franchise law. The proposed legislation would impose registration requirements as well as substantive provisions, some blatantly targeted at protecting local companies.

In the end, nothing may come of this proposal; it is now being submitted to the country’s Executive Council, and numerous legal, political and practical impediments stand in the way.  The International Franchise Association has expressed its strong reservations; other commentators may follow.

But if it does progress, the phenomenon of the Arab Spring reminds us that the common strains in many of those countries can cause winds to blow across the entire region suddenly and rapidly, and without much regard for borders.  And, as Shakespeare reminds us in Hamlet, "When sorrows come, they come not single spies but in battalions."

Philip F. Zeidman is a senior partner in the Washington, D.C. office of DLA Piper U.S. He can be reached at Philip.Zeidman@dlapiper.com.