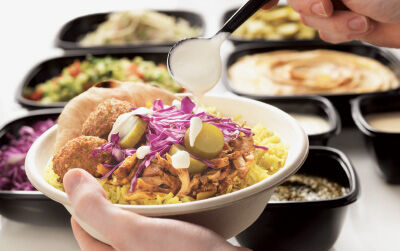 Bright bowls filled with all manner of Middle Eastern fare sit at the core of Naf Naf Grill's menu. 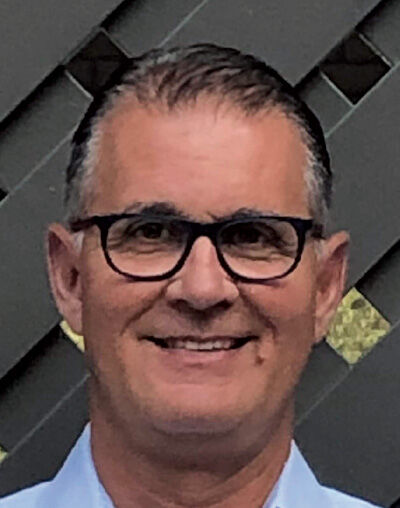 Greg Willman is no stranger to franchising with new brands, but said early-stage concepts are a lot different today.

Being the first franchisee for a system is a leap of faith, but for the first operators in Naf Naf Grill it’s a leap they’ve taken before.

Greg Willman, the CEO of 316 Investments, started the company in 1998, just ahead of a development deal with the eight-unit Z-TECA Mexican Grill, which later rebranded as Qdoba.

"I hope we learned a lot because we weren’t very good back then. The brand was green and we were even more green," said Willman. "What we learned, frankly, is that we had to become great operators, and we weren’t when we started with that brand, but I’d like to think we are today. Whether we are or aren’t, I think we convinced Paul" Damico, CEO of Naf Naf.

Joking aside, the team at 316 Investments had a successful couple of decades with multiple brands. It grew to 20 Qdoba locations before selling back to the franchisor and grew in the Steak ‘n Shake system before selling its locations to another operating group. It also invested in a handful of non-franchised businesses with many successful exits.

The group had been looking for a new franchise brand since 2016 when execs met Damico and the Naf Naf team. 316 Investments signed a 10-unit deal for Indianapolis and the surrounding area, with plans to open at least one restaurant 2019.

Naf Naf, meanwhile, now has the infrastructure necessary to support operators such as Willman.

"We made a conscious decision because we had a unique opportunity to really launch this franchise opportunity from the ground up. We took almost that whole two years to make sure that this brand was ready to be franchised and we were ready to support franchisees," said Damico, and 316 was an ideal first partner. "The strategy I laid out was to find the best operators first. Some people talk about concentric growth or targeted growth. I’ve been doing this a lot of years and those strategies don’t always work. The best operator for us was the No. 1 priority."

Willman said unlike that big leap back in 1998, this system is primed with nearly 40 company locations.

"We loved all those aspects about the brand and the great management team and great infrastructure around it kind of sealed the deal for us," said Willman, especially "after having been in a concept where those pieces weren’t in place."

But because the company isn’t following the concentric growth model, it has jumped around a bit, landing in Minnesota, Delaware, New Jersey and Ohio, plus more penetration in Naf Naf’s home market of Chicago. The closest location to the Indianapolis area where 316 operates is Chicago, a three-hour drive. That’s not an overwhelming distance operationally, but certainly a market with little brand recognition.

"What you don’t have in an emerging concept is a lot of historic data to look at in terms of volume and real estate and all those kinds of things that are a little bit unknown as you launch a new brand in a new market," said Willman. "Those are some of the risks, where will this play, urban or suburban? Is it lunch or dinner? With a more established brand you have more of that data."

How consumers in Indianapolis will respond is another question mark.

"Indianapolis is different than Chicago and Minneapolis, so we’ll have to get some presence in the market to get visibility as a brand and as we get trial," said Willman. "We’ll have to gauge very closely to see how people are responding to the concept both from a flavor profile and from the branding perspective—you can’t control that to a large extent. People will like it or they won’t, they’ll come back or they won’t."

Damico said company research showed "curious epicureans" in every market and, most importantly, that Middle Eastern cuisine is on trend. He’s also an advocate of a close partnership with the brand’s debut operators.

"Greg is franchisee No. 1, that comes with some benefits. Greg says he wants to lean on us, but we’re going to lean into him before he can do that," said Damico. "The first franchise stores are very important to a system. So he’s going to get some tender loving care whether he wants it or not."

Willman said he and his team might be "gluttons for punishment" getting into another early-stage concept, but it’s an opportunity to catch a tiger by the tail.

"That’s interesting to us, if you’re right, it gives you tremendous opportunity to grow and scale," said Willman. "If you’re wrong, who knows, we haven’t experienced that quite yet."