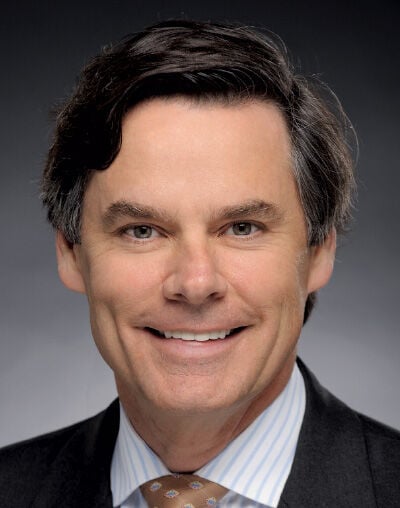 It’s not raining money in the restaurant world, but operators are enjoying the perks of an extremely low interest rate environment and a sector that remains crowded with financing options.

"There is definitely a lot of capital and liquidity in the market, especially for a good credit, and everybody from a lender perspective is trying to pick a niche in terms of how they can deploy that capital," says Thomas Ricketts, franchise relationship manager at UniFi Equipment Finance Inc.

The restaurant finance sector has experienced significant growth over the past several years. For example, the number of capital providers at the Restaurant Finance Monitor’s Restaurant Finance & Development Conference more than doubled last year compared to 2012.

"All lenders are looking for a place to grow, and restaurant financing can be a great place to deploy capital," says Rick Thompson, managing director and group head of BMO Harris Bank’s Franchise Finance Group.

Both debt and equity sources have taken notice of the strong performance in the restaurant sector. "There has been no shortage of transactions that have yielded three, four, five or even six times their investments, and that has not gone unnoticed in institutional circles," adds Kevin Burke, founder of Trinity Capital, an independent investment banking firm.

The high tide in restaurant financing is lifting all boats. Burke estimates there are close to 200 lenders now active in the restaurant sector. About one-third of that group is primary lenders with dedicated restaurant finance groups. However, there is a clear gap between the haves and have-nots as top brands and good credit operators are attracting the most attention and garnering the best rates and terms.

"The large money center banks lending to the Restaurant 200 and respective borrowers are going to continue the honeymoon they have had since 2010," says Burke, referencing the Franchise Times Restaurant 200, which ranks the largest franchised restaurant owners.

Industry observers do see some early signs that capital may be tightening, with some lenders pulling back a little bit. "While we are in the late stages of the business cycle, it does not necessarily mean the wheels are going to come off," says Burke. However, it is likely that credit will tighten up and multiples will come down a little bit. There will also be a wider chasm between those concepts that are growing and acquiring customers and those that are not.

"There has been some tightening among some lenders, but I would not call it any kind of systematic tightening or contraction of access to capital," adds Thompson. New entrants into the franchise finance sector are also muting a contraction. The bottom line: Now is still a good time to be a borrower.

Despite competition, lenders and investors are being selective in where they put their money. "Due diligence has never been as comprehensive as it is today," says Burke.

Investors and lenders are looking at everything from labor costs and commodity prices to taxes and regulations in each state where an operator is doing business.

Part of that scrutiny is because lenders and investors recognize that restaurants are facing some big challenges. "Right now, what I think the restaurant industry is doing is trying to come to grips with really, really dramatic changes over the past four to five years," says Ted Lynch, managing director of Global Commercial Banking at Bank of America Merrill Lynch. The restaurant industry is battling higher labor costs and a more constrained labor pool. Franchise systems are also ramping up the use of technology, such as online ordering, delivery and payment apps.

Lenders are keeping a close eye on market and sector challenges, as well as scrutinizing financials, the management team and brand strength. In particular, Bank of America Merrill Lynch is paying close attention to real estate costs, one of the biggest fixed costs for operators. When the team is underwriting deals for restaurant M&A financing, it is looking at factors such as when leases mature, how many options they have to extend, what kind of flexibility they have with their landlord. "We have never spent this much time looking at the structure of leases," notes Lynch.

Another factor for lenders is how companies are mitigating labor costs, such as through higher employee retention. "We also like to see a seasoned, mid-level management team in place," says Lynch. Companies that have those long-tenured management teams tend to outperform others, he adds.

From an underwriting perspective, lenders are looking at some QSR brands and the fast-casual space as a riskier endeavor these days because of some of the operating challenges, agrees Ricketts. "You still want to make sure that companies are growing in a smart way and not just in a transactional way to provide $500,000 just because we can," he says.

One of the big questions for borrowers is whether to lock in interest rates now or wait to see if rates go lower.

"Rates will probably creep down a bit, but I also think that credit will get more difficult. The safe play is probably to get going now," says Burke.

Borrowers should constantly be "sharpening the saw," looking at opportunities to refinance at a lower cost or negotiate more favorable terms, such as extending the term of a loan agreement for another year, notes Burke. "All options should be investigated to determine if there are opportunities to optimize your capital cost or capital structure, and try to reduce your risk profile," he says.

Borrowers also need to be mindful of slowing economic growth or even a potential downturn ahead. The biggest mistake companies make is taking on too much leverage, and especially taking on too much debt right before the cycle ends. Operators should work with their lender to establish an appropriate leverage level. Thompson advises keeping leverage conservative so there is capacity to take on more debt in the future if an operator does want to take advantage of an expansion opportunity.

"The 10-year bull market economy is not going to last forever, and there is going to be a correction," says Thompson. When the correction comes, there will be buying opportunities. "So, now is the best time to put a capital structure in place that can withstand a correction so that you are well-positioned to take advantage of the opportunities that are going to emerge when the inevitable correction happens."