You have permission to edit this article.
Edit
Home
Magazine
News
Top 400 Franchises
Resources
Share This 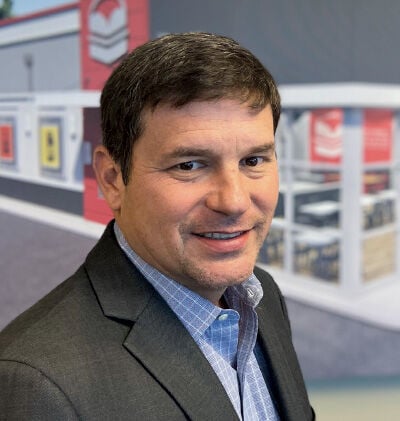 In a surprise shake-up, Krystal has a new president and COO who is leaning on his deep operational background to continue pivoting the company toward growth. Tim Ward officially took the reins in mid-November, but had already begun his indefinite roadshow before that. "Prior to me accepting the job and since, I’ve been in over 40 restaurants. And I think we’ve slipped a little bit on our operations focus and delivering service to our guests. As I continue to dig in deeper, my operations expertise will not only help fix the restaurants and the customer service we deliver and the consistency," Ward told Franchise Times in his first interview as COO. "My roadshow will go on forever, I’m an operations guy. When I interviewed I said, ‘If this is a desk job, I don’t want it.’ I will make decisions from the field for the betterment of the restaurants." He said out on the road, in the restaurants is where he brings the most value: engaging managers and helping fix the little execution details that mean so much in the world of value-forward QSR. Krystal, held by Argonne Capital since 2012, reported $378 million in sales in 2018, a slowdown of 4.3 percent as it also shed seven locations to end the year at 356 outlets.

When Jim Ilaria joined Uno Pizzeria and Grill in November 2018 the management team was working on a 6,500-square-foot prototype restaurant with the intention of using it to bring the brand into new markets. "And I said that’s not going to work, not where the industry is going, it’s too big," said Ilaria. Ilaria, who took over as president and CEO after Louie Psallidas stepped down, noted Uno had been closing company stores and the brand was in need of more than a refresh. "Our market research shows there’s still strong brand affinity, but we saw we had a lot of work to do," said Ilaria, the former CEO of Potomac Family Dining Group, a large Applebee’s franchisee. Enter Uno’s new hub-and-spoke model, which features a 3,500-square-foot, full-service restaurant whose kitchen doubles as a commissary as the hub, and smaller, 1,200-square-foot fast-casual restaurants that serve as spokes. The company’s master franchisee in India is already rolling out the model and the brand recently debuted the offering to U.S. franchisees. The hubs will cost between $1.2 million and $1.5 million to develop, with spokes carrying a $350,000 cost. The design plays up Uno’s original red color scheme and created room for the execution of third-party delivery.

The first permanent chief executive since the founder left is on the job at Another Broken Egg Café, and new CEO and President Paul Macaluso is touting one key feature of the breakfast and brunch concept: It’s open from 7 a.m. to 2 p.m., and it does $1.5 million average unit volumes, as of the end of 2018. "Which is phenomenal," Macaluso said, recalling his days as a general manager for Taco Bell 25 years ago. "We were open 24 hours on the weekends, and running that is challenging," he said. At Another Broken Egg, "our GMs can have a great lifestyle, our franchisees can have a great lifestyle, and these volumes" make for "a very compelling investment case." The cost to open a café runs from $528,000 to $1.2 million. Macaluso was most recently CEO at Krystal until he was recruited by The Beekman Group, which bought Another Broken Egg from founder Ron Green in 2017. Chris Artinian, managing director at Beekman, served as president in the interim.

FranConnect’s Keith Gerson brought a slew of industry leaders together to create and write "The Franchise Book of Mentors," which offers advice for franchisors and franchisees alike. This is the first volume in a series where all of the proceeds will be donated to VetFran, the International Franchise Association’s program designed to give military veterans a leg up into franchise ownership.