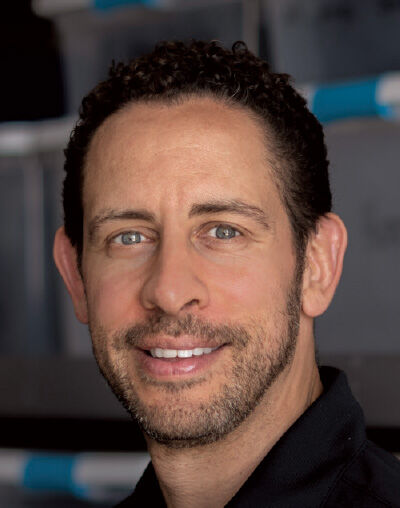 After working as a franchise executive for big-name brands such as Burger King, Arby’s and Wendy’s, Leonardo decided to move to a smaller company. Chill-N has eight units, all in Florida, but Leonardo believes a focus on fresh ingredients and advanced technology can make the company a nationwide success and transform the nitrogen ice cream scene. Milk is sourced fresh from farms in Florida. Leonardo is also exploring local sources for Chill-N’s toppings, including partnerships with dragon fruit farms in southern Florida.

While ingredients are fresh, Chill-N’s mixing process is highly automated. Machines automatically dispense specific amounts of cream and nitrogen into each bowl, customized for flavor and size. Leonardo wants to intensify this high-tech trajectory by printing barcodes onto the cups that signal a customer’s order to each machine with a simple scan.

"Whenever you’re looking at a franchise concept, you need to ask yourself, ‘can we scale this?’" Leonardo said. "With employees touching a button and serving multiple people at once, that’s something I wanted to get into."

By reducing labor costs and minimizing human error, this computerized approach has the potential to expand profitability and guarantee consistently creamy treats.

"One of the things that separates Chill-N from the rest is innovation and technology," Leonardo said. "What I think we’re doing is revolutionizing how ice cream is being made."

Checkers and Rally’s named Dwayne Chambers as its chief marketing officer and Minh Le as its chief information officer.

Carl Loredo was selected as the new chief marketing officer for Wendy’s.

Famous Dave’s hired KC Glaser as its director of marketing.

Bonchon announced Flynn Dekker as the new CEO for the Korean restaurant brand.

Blink Fitness selected Thomas Flaherty as its president of franchising.

Sherin Shakr was hired as general counsel and Chris Glodé was selected as chief digital officer at WellBiz Brands, franchisor of Elements Massage, Fitness Together and Amazing Lash Studio.