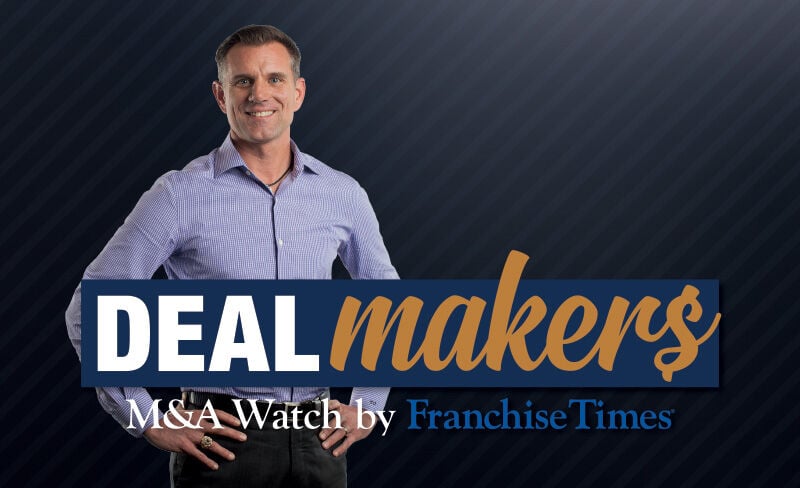 United PF’s CEO Trey Owen figures he’s made "nine or 10" acquisitions of other Planet Fitness franchise groups—it’s a little hard to keep count— since he led his first rollup of five fellow franchisees in November 2016.

The latest is the purchase of 26 Planet Fitness gyms and development rights in Arkansas, Tennessee, Missouri, Mississippi and Illinois. Sellers are PF Arkansas whose owners, brothers Rick and David Kueber, downsized by shedding about half their clubs. The Kuebers kept those close to home in Louisville, Kentucky, and southern Indiana.

United PF is gaining a reputation for all those buys, in all cases backed by JLM Financial Partners and Eagle Merchant Partners. Financing was jointly led by Jefferies and Fifth Third Bank.

"We’ve developed a reputation for being a great operator and a great business partner for other franchisees and for the brand," Owen told Franchise Times. "So a lot of people are picking up the phone and calling us."

Owen looks for a cultural fit, first and foremost, when evaluating deals, but other factors play a role. "It’s a great geographic fit, great operations," he said about this purchase. "More importantly, a great culture with great people."

In many of its previous acquisitions, the franchise operators have joined forces with United PF, taking leadership roles in the Austin, Texas-based organization. In other cases the sellers continue on their own or pursue other paths.

"It depends on what their goals are and that’s the first thing we try to find out," Owen says about sellers. "Are they just trying to sell their clubs? Are they trying to monetize and continue on?"

One of the attractions for potential sellers, he believes, is United PF’s track record of making acquisitions and closing them in a timely manner. "I think it’s a little bit different too—they’re calling a fellow franchisee, not just somebody who’s looking to buy their business.

"I’m wearing both hats. I understand exactly what they’re thinking and where they’re coming from."

Along with buying 26 clubs, United PF also acquired development rights for about 20 new clubs to build. "There’s some satisfaction in both of those things," he said.

"Acquisitions are fun because it’s a challenge … to try to see if you can make a location even a little bit better. Ironically that’s kind of a problem within Planet Fitness—it’s a good problem to have, the model is just so strong," he said. "They’re operating at 95 percent, especially when you have a great operator like PF Arkansas."

This purchase, which closed in June, increases United PF’s operating club count to 152 across 14 states as its continues its reign as the largest operator for Planet Fitness, known for its "Judgement Free Zone" tagline and big-box, low-price gyms. Owen said he doesn’t have a particular "number we’re trying to get to," but rather wants to be ready.

"It really is about just trying to build our platform, build our organizational structure, to be able to operate a business like this at scale, and to be in a position to tackle anything that comes our way," he said.

Outsiders ask him all the time: how big is too big? Owen doesn’t think that’s an issue, and points to Planet Fitness CEO Chris Rondeau’s support of large, private equity-backed operations like his.

"What does Planet Fitness headquarters think? If you read Chris Rondeau’s remarks in his quarterly earnings calls I think you’ll see him talking about the private equity groups that are in the system … and they help fuel the growth," he said. "I think it’s helpful for everybody that there are groups that are well capitalized and looking to enhance the business they have."

Sounds like "nine or 10" acquisitions so far will do nothing but increase for United PF.

More coverage about getting deals done

Another week, another acquisition or three in the franchise space. We’ve been following all the M&A action for years and are now launching more coverage to help readers learn strategies and tactics for getting deals done.

This interview marks the expansion of our annual Franchise Times Dealmakers story package and awards event into a year-round project that will include:

Send details of mergers/acquisitions/financings/sales in franchising to Beth Ewen, bewen@franchisetimes.com. Sign up for the enewsletter online at