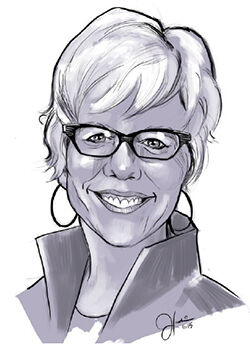 The letter inside said, "Unfortunately, my organization is in distress and the complaint from my fellow operators are as well reflective of the sad reality to what our ‘leaders’ have caused. I must remain nameless, due to company retaliation."

Inside were 30 pages of concerns aired by operators at the October 10 meeting, hosted by second- and third-generation McD’s ‘zees Mark Salebra and Blake Casper in Caspers Cos.’ Tampa Bay offices. They offered a glimpse into extraordinary activity—the rising up of operators to form the first franchisee association ever in McDonald’s, franchising’s most storied brand.

McDonald’s isn’t the only legacy brand with franchisees who are both unhappy and powerful enough to speak out. In the last quarter of 2018 came news and interviews with Jack in the Box and 7-Eleven, where operators are shaking the trees and demanding change. More on that soon, but first, let’s dig into McDonald’s.

More than 400 operators, an overflow crowd, at the meeting gave a "resounding yes" to forming a self-funded advocacy group representing franchisees, a note from Salebra said. Co-hosts quickly set the next meeting for December 12 in Dallas, and "challenged everyone in attendance to bring their fellow operators to the next gathering. Please remember that you are not alone!" the recap said.

In the manila envelope on my desk was a laundry list of concerns: Sales not covering additional debt service. Required reinvestments with no return on investment. Lack of trust in current leadership. Do what we say or sell attitude. Relationship based solely on numbers—history or situation does not matter. Company G&A, or general & administrative costs, being passed on to the owner/operators.

One operator said at the meeting: "Communication is not open or transparent (honest). Is autocratic and condescending. Regional staff think I work for them. The company is always right and allows for zero feedback or input. People who challenge the facts or the decision process are ostracized or punished."

Another comment called execution "poor at best. There are minimal or no returns on the investments. After spending $4 billion we should have more to show than a -3.5 percent loss in transactions."

And this: "What made us great is gone."

I contacted all three brands about what I’ll call October uprisings for comment, but Jack in the Box and McDonald’s declined an interview and re-issued bland statements about wanting to work with franchisees and sharing their concerns. Jack in the Box added a recently filed lawsuit has no merit.

Carmen Caruso is a Chicago-based attorney who was invited to speak at the October 10 meeting of McDonald’s franchisees, to outline best practices in forming a franchisee association. Speaking in general, Caruso said the reason for unrest at legacy systems is change. "I just think it’s that everything changes. Everyone remembers what their firm was like 30 years ago, and now it doesn’t seem like the same firm any more," he said.

"Change itself is either good or it’s bad. But I think that management ignores viewpoints of its legacy owners at its peril, because they are the people who were there, or their fathers were, their grandparents were," he said.

"They are the living, breathing brand. It’s wonderful when management shares the same history, but if you get new managers, you may get some resistance from legacy operators," he said. "You can have a conflict between the people who are true believers in the original culture of the brand, and problems if they lose faith in current management."

At Jack in the Box, operators are calling for the ouster of CEO Lenny Comma. "We believe that there’s an alignment issue between the objectives of Jack in the Box upper management and the franchisees," Michael Norwich told me in an interview in October. He’s chairman of the National Franchisee Association for Jack in the Box.

"We are in this for the long term. We all signed 20-year agreements. We have debt to pay, and Jack in the Box is managing the business quarter by quarter."

Anil Yadav is a mega-operator in the system, with 223 units. He told me marketing is a big worry. "The marketing plays a huge role from the strategic point of view. What it is today is impacting two, three years down the road. We didn’t feel the marketing strategy was strong enough to sustain that growth," he said. "We can’t even get initiatives off the ground that are relevant, like technology. We don’t even have an outside platform" for delivery and loyalty.

When asked if Jack in the Box franchisees feared retaliation, Robert Zarco of Zarco Law, the group’s attorney, jumped in. "We all understand that in life all sorts of possibilities exist. If anyone chooses to retaliate against any franchisee, they do so at their peril."

Then there’s 7-Eleven, where operators published a poison pen survey in October, showing a growing divide between franchisees and management. Among the findings: 85 percent disagreed with this statement: Based on the new 2019 agreement, my stores will be more profitable. And 72 percent disagreed with this statement: If I had to do all over again, I would choose to enter the 7-Eleven system as a franchisee.

"Franchisee owners are at a crossroads," said Jay Singh, chairman of the NCASEF, the 7-Eleven franchisee association, in a statement.

7-Eleven retorted in part, "In fact, last year 7-Eleven franchisees collectively earned more money in a single year than ever before" and management enjoys "a strong, productive relationships with franchisees."

Looks like the new year will bring more airing of mega concerns from franchisees who have become as or more powerful than the franchise’s management.