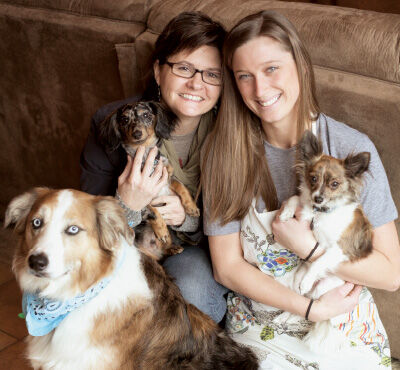 Very few franchises make it to 100 units in a year or two, as so many young franchises claim they will—zero in a recent Franchise Grade study—but the president of Pet Wants Franchise System, Scott Hoots, called the numbers "sobering" and added his brand "had the opposite problem."

Before he came on board in September 2017, "they exploded out of the gate with 70 franchises getting sold and opened in the first two-and-a-half years, causing systemic support challenges," he wrote.

How did it happen? Hoots described the exception that proves the rule. He said having the founder of the brand, Michele Hobbs, involved in franchise sales was instrumental to the fast success. Citing Tom Monaghan at Domino’s and Peter Cancro at Jersey Mike’s as other examples, "any time you have a founder who can be involved with the candidates, that helps franchise sales," Hoots said.

But a founder’s passion isn’t enough on its own. Gary Green, an experienced franchise sales executive and CEO of Strategic Franchising, got involved with Pet Wants in 2015, taking the founder’s idea of making and selling natural, healthy pet food to a national audience. "And that combination was dynamic," Hoots said.

It takes more than a founder/sales pro combo, though, Hoots said, noting that other brands in Green’s portfolio, such as Fresh Coat, Caring Transitions and The Growth Coach, grew successfully but much more slowly than Pet Wants. A key factor is good timing, he said, which is due as much to luck as anything else.

"A lot of their success coming out of the gate was finding a concept that appealed to a broad range of people. Like a lot of concepts you’ve talked to, timing was spot-on for us."

Hoots has been focused on a handful of key initiatives since he came to Pet Wants that he believes will keep the growth there going.

Marketing support did not exist when he joined but he has now started rolling out materials for franchisees to use and he’s added a retail marketing manager to support ‘zees in areas like social media.

But his biggest focus is unit level economics, and he’s put together a franchisee profitability committee on which he serves along with three franchisees. "That’s been an important project for the franchisees, because they know that somebody cares about not just selling franchises."

It started in December, so no hard-core results are out yet. But he has gotten "a better understanding of the break-evens for our franchisees. And then nobody wants to just break even. Each franchisee has their own individual return on investment" in mind.

Hoots is not among those who criticized a January Franchise Times blog post reporting the Franchise Grade numbers, even though Pet Wants runs counter to it. "I’m completely supportive of what you said. I think people considering franchising their business need to be realistic in their expectations," he said. "Everybody sees the McDonald’s of the world and the Chick-fil-As and the Dunkin’ Brands. Those are some very successful companies. What they don’t see is that for every McAlister’s Deli or Jersey Mike’s, there’s 25 ‘insert name here’ of franchisors that don’t grow.

"So for every great story that you write about, there’s 20 that aren’t, and I think people need to understand that," he said. "I think you have to be realistic."

Hoots then gives his prediction, and it’s included here even though usually those are edited out as being unrealistic. By the end of 2018 "we will be at 150 open locations, and at the end of 2020 we will have 225 open locations," he declared. Good luck, Hoots & Co., and be assured we’ll be checking back.