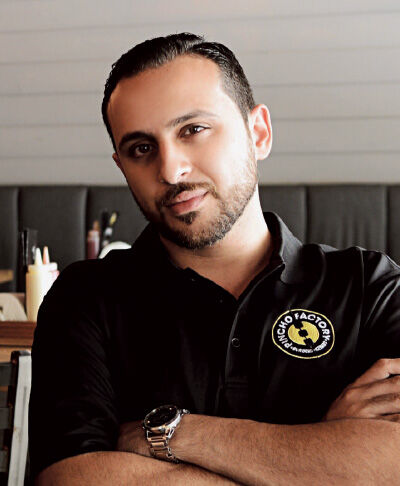 “Instead of worrying, take all that energy and put it into becoming the best version of yourself.” — Otto Othman, co-founder and CMO, Pincho 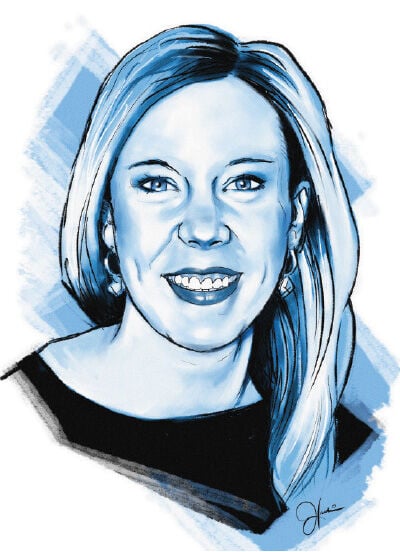 Probably Leonardo DiCaprio, for sure. I don’t know why. I love him in ‘Wolf of Wall Street’ and his hustle as an entrepreneur.

Blaze Pizza, hands down. They’re just a master when it comes to operations. Jim Mizes, what they’ve been able to do in such a short time, really Blaze-ifying their whole system. Jim, he’s one of my mentors, he sits on our board. We went after him for exactly that reason. Also &pizza. Not a franchise but Michael Lastoria, he’s a very good friend of mine.

If you weren’t in the restaurant business, what would you do?

I would be a technology startup founder, 100 percent. I’d develop the next great app. I’d like to disrupt LinkedIn, I think it could use some work. My background prior to restaurants was as a programmer.

What’s one restaurant or food trend you wish would die?

Frozen yogurt. If I see one more frozen yogurt store I’ll kill myself.

I think it’s ordering UberEats donuts to my house at midnight. They’re all for me. I order from a place called Pretty Sweet. Or Taco Bell at 3 in the morning.

I skateboarded through most of my teenage years. When I moved to the States I stopped. I grew up in Brazil and would skateboard in the streets but when I moved to the States I didn’t know anybody and there were zero skateboarders where I moved to. Another one is I got kicked out of school in the ninth grade for hacking into the computer system. They kicked me out for nine days and there were only six days left in the school year, hahaha. I sat down in the principal’s office and he was like, you’re not coming the first three days of next year either.

Tupac Shakur, hands down. I’m a big fan of Tupac, that’s all I listened to when I moved to the States. It was love at first listen.

Who do you find most interesting to follow on social media?

I’d say Gary Vee (Gary Vaynerchuk). He’s just a very real, straight to the point, no B.S. kind of guy. He’s a motivational speaker but not in the normal way. He’s very refreshing.

My favorite is actually a small beach called Elia Beach in Mykonos. I’ve been there four times. Mykonos is very touristy, but this beach is very calm and pristine and there’s this amazing restaurant smack in the middle of the beach where you can order fresh seafood, sip on white wine. I went for my honeymoon and we’ve been back three times. We actually met and made friends there on our honeymoon, just in the hotel. We’ve been to visit them in Spain and now they’re investors in Pincho.