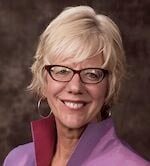 We asked Franchise Times’ Legal Eagles and other notable attorneys in franchising to share their No. 1 case of the year and why it’s important. They obliged with smart commentary and a diverse selection.

When the California Supreme Court held for Domino’s in August in this long-running vicarious liability battle, many called the case No. 1 for the year, "hands down." The court held the franchisor was not liable for the alleged sexual harassment by an employee of one of its franchisees—and surprised many because the court is known for its liberal leanings. The court "recognized the strength of this business model and its importance to California," said Susan Grueneberg, referring to franchising. Grueneberg and M.C. Sungaila, Snell & Wilmer in Los Angeles, did the honors on Domino’s behalf, with Sungaila providing oral arguments before the court and Grueneberg giving her a crash course in franchise law. "We came in in the third act, as it were, to rescue things," Sungaila said in an interview. "I was not expecting that summary judgment would be granted." Franchise attorneys are now poring over the decision, especially the dissent, to gain guidance on how to advise their clients. "I’ve actually been brainstorming with other franchise lawyers," to identify language in franchise agreements and operating manuals "that might be indicative of too much control," Grueneberg says.

Just to keep things confusing, one month before Patterson, the National Labor Relations Board took an opposite tack. The board’s general counsel signaled it will go after McDonald’s for numerous alleged unfair labor practices at franchisee-owned restaurants, "charging McDonald’s to be the joint employer of the franchisees’ workers," explains Shelley Spandorf, Davis Wright Tremaine in Los Angeles. She points out this news takes its place among other high-profile developments around the country. "As worker protests over the emotionally charged living wage issue continue to capture media attention, the spotlight on who’s the real boss in a franchise relationship will, and should, worry franchisors, notwithstanding the favorable Patterson decision in California," she writes.

Bottom line, the developments will keep franchise attorneys over-employed. "These recent events in franchising have been the most interesting in my 30-plus years practicing franchise law," Spandorf says.

"While it’s always difficult to pick just one case," as Bethany Appleby puts it, the Wiggin and Dana attorney cites 7th Circuit Judge Posner’s decision in Eubank v. Pella in June, which reversed class settlement approval when the settlement provided less value to the class than the attorney’s fee sought. It’s a "very important case for those of us who defend franchisors in consumer class actions," writes Appleby, who offices in New Haven, Connecticut. "While the tide was already turning against greedy plaintiffs’ class-action lawyers who care only about benefits to themselves rather than the class they represent, the extremely strong language in Eubank, coupled with Judge Posner’s cogent analysis and reputation, will certainly influence class-action practice in the coming years." (Note the "greedy plaintiffs’ class-action lawyers" reference is Appleby’s own, not that of your devoted Continental Franchise Review columnist.)

How will responsibility over data security be shared between franchisors and franchisees? That’s what Cheryl Mullin of Mullin Russ Kilejian in Richardson, Texas, is watching. "On one hand, holding franchisees responsible for purchasing and installing their own POS systems would seem to amplify the risk of an adverse incident in the first instance," she writes. "On the other hand, the fact that many franchisees operate on independent networks may serve to contain the risk to particular locations." Data breaches aren’t exclusive to franchise businesses, of course, but more have been hit since Wyndham Hotels—Jimmy John’s and Dairy Queen were the latest under attack this fall. "The Federal Trade Commission’s complaint against Wyndham Hotels for failure to protect consumers’ personal information (which, arguably, falls outside the traditional scope of the FTC’s enforcement authority), and the court’s refusal to dismiss the complaint," writes Mullin, "suggest an expectation of shared accountability for data protection."

Globex was a year-and-a-half old Steak ‘n Shake franchisee with two units and a development agreement for another 11, and the operators, members of the Baerns family, opened two stores in Denver. They claimed their costs were higher than other franchisees and so needed to charge higher prices, but Steak ‘n Shake required them to comply with the $3.99 maximum-pricing menu. "They simply refused to do it, and so Steak ‘n Shake terminated them," asserts Ric Cohen, Cheng Cohen in Chicago, who’s litigating for the franchisor. About six months ago a preliminary injunction went in Steak ‘n Shake’s favor, which Cohen notes is interesting for two reasons: "No. 1, maximum or minimum pricing programs are enforceable," he says, of huge importance to franchisors who maintain such menus are crucial to their brands, especially during tough economic times. "If you can’t enforce maximum pricing systemwide, the entire marketing approach will fail, and the entire strategy of positioning the brand is not going to work," he says. No. 2, "the word ‘antitrust’ never bubbled to the surface" in the case. "I think the reason Globex is interesting in a broader perspective is because it confirms the death of antitrust law in franchising." The case isn’t over, however: A motion for summary judgment was filed this summer and if not granted it will go to trial.

Gerald Marks of Marks & Klein has been piling lawsuits on 7-Eleven on behalf of multiple franchisees. One case, Naik v. 7-Eleven, is catching attention from attorneys for a New Jersey District Court ruling in August in favor of the plaintiffs. Four franchise owner-operators "may pursue overtime and minimum wage claims against 7-Eleven under the FLSA, or Fair Labor Standards Act, and the New Jersey wage and hour law," explains Maxine Neuhauser, Epstein Becker & Green in Newark, New Jersey. "For retail and hospitality industries especially, it is turning out to be a long, hot summer as franchises continue to be in the employment law spotlight." While the case is still in its early stages, observers note up until this point, discussions about the blurring of lines between franchisee and franchisor have happened in contexts that are "other than business-format franchising," as Ric Cohen of Cheng Cohen in Chicago puts it, such as the Coveralls case. "7-Eleven is a classic business-format franchise." (Marks adamantly details his claims against 7-Eleven, which 7-Eleven denies, on page 33.)

A win for Michael Dady and Kristy Zastrow with Dady & Gardner in Minneapolis tops their list of legal cases this year. Zastrow cites a three-judge arbitration panel’s order to allow their client, the franchisee, to mitigate his damages by switching his flag to a new hotel franchisor, something Choice Hotels was trying to prevent. "As part of receiving the relief, our client had to turn over the liquidated damages for termination to Choice, subject to getting the money back if we prevailed on our claims. As you can see from the final award, our client did, indeed, receive a refund of the liquidated damages amount," Zastrow says. "This is the first motion and decision that we are aware of on this very important issue." Dady adds they were able to prove an illegal earnings claim even though they had no written proof, and despite the standard multiple disclaimers in the franchise agreement. "Proving an illegal earnings claim is tougher if you have a verbal rather than in writing," he says, adding that cases deciding these issues have gone both ways over the years. "We say this case tips the balance toward our side," the side of the franchisee.

A tax case caught the eye of Christina Noyes, with Gust Rosenfeld in Phoenix. She and Chris Bussert, with Kilpatrick Townsend & Stockton in Atlanta, presented their top legal cases at the American Bar Association’s annual Forum on Franchising in October, and narrowed their list to 10 to discuss with Franchise Times. The following are three of their picks. In Indiana, a non-Indiana franchisor’s royalty and franchisee fee income from seven Indiana franchisees was determined to be income-producing activity in the state and attributable to state coffers. "State tax apportionment issues should be a focus for all franchisors this year, especially since at least 11 states have revised their tax laws in some manner in the past year," Noyes says.

This case in the vicarious liability area interests Chris Bussert, Kilpatrick Townsend & Stockton in Atlanta and a presenter at the ABA’s Forum on Franchising. He notes cases in past years and this year will have "virtually identical factors being considered by the courts, and the courts are coming out exactly opposite." In this case, he says, the court went through an extensive discussion of cases applying both tests commonly used. "It went as far as saying both tests were intellectually bankrupt and both tests should be tossed. It said there should be a bright light." Bussert will be watching to see if that analysis gets cited in future cases.

Legacy Academy v. Mamilove represents "one of the biggest victories for a franchisee in a case against a franchisor," says Chris Bussert, Kilpatrick Townsend & Stockton, who included the case in his presentation at the ABA’s Forum. "Mamilove was the day-care franchisee, and the franchisee prevailed on fraud, violations of RICO and got a jury verdict of $1.3 million, which was upheld by the Georgia court of appeals. It was very hotly contested on every issue you could possibly imagine." He and Christina Noyes, his co-presenter at ABA, weren’t "judging the franchisor’s activities," he says, "but when you read the underlying facts in the decision, it sends a shiver down your spine." That might be a fitting cautionary tale to end this piece. "It is true that if there is a substantial outcome for either the franchisor or franchisee, there are usually some rather significant, difficult, egregious facts that led to that decision," Bussert says. In other words, screw up and you pay up, franchisor and franchisee alike.