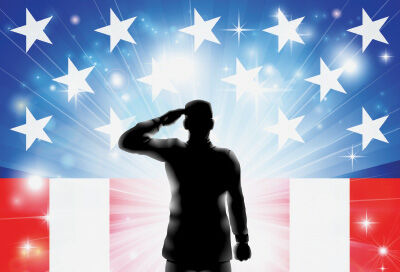 VetFran, the program designed to give military veterans a leg up into franchise ownership, is asking franchisors to jump over a few hurdles themselves.

VetFran committee member Greg Tanner, now president of the Tanner Franchise Group in Bold Springs, Georgia, said, "For a long time, we recognized that some franchisors joined VetFran to be tagged with credibility.  We felt like allowing in emerging brands with little franchise experience—I call them predators—diminished our credentials."

The International Franchise Association, like most trade groups, admits any franchisor that applies and pays its dues. "We can’t say you can’t be a member of the IFA if you have a franchise model with 40 percent turnover," said VetFran program manager George Eldridge. "And it’s not my role to tell veterans to stay away from certain franchisors. I just want to help veterans make educated decisions about which franchises they join."

Starting in 2017, instead of admitting any franchise that offers discounts to veterans, VetFran will require members to meet certain qualifications. New concepts are still welcome at the One Star level, but they must have been in business for two years and franchising for at least one year.

The Three Star level requires franchisors to have been in business for three years, have at least 25 open units, an Item 19 in their franchise disclosure documents and participation in at least one VetFran meeting each year.

Five Star franchisors will have to meet Three Star standards, plus be in business for at least five years; have 50 open units; have an Item 20 that reports low turnover; and have a Certified Franchise Executive on staff. All levels require "clean" audit reports, that is, without the auditor expressing concern about the company’s financial status.

The VetFran committee spent over two years setting these standards. "It was not an easy battle," said immediate past VetFran chairman, Sport Clips CEO Gordon Logan. "I realized we needed to put criteria in place after I’d met a veteran who had purchased a yogurt concept from a franchisor with only a half-dozen outlets. The veteran leased a space, then had trouble getting financing. By the time I’d helped him obtain a loan, the franchisor had abandoned the brand and left him out there by himself."

Current VetFran Chairman Eric Stites, CEO of Franchise Business Review, said he had been contacted by a veteran whose franchisor had promised a refund if he were recalled to active duty. The veteran was called up, but only received a refund three years later, after Stites called the franchisor himself.

"I don’t believe franchisors join VetFran to take advantage of veterans, " Stites said, "but some members may not be the best franchise brands."

An informal survey of the VetFran website showed that of the 82 franchise brands that had paid to be listed first, as Premium or Featured franchises, three are commercial cleaning franchises with high turnover; one is a kitchen solutions brand with no franchisees; and another is a bar-and-grill concept with one current franchisee. Four other brands, including two in the military-friendly security field, do not list their current locations and may not have any at all.

The 588 remaining members are listed alphabetically, and many have links to pages that list their required investment, their number of veteran franchisees and their total franchisee count. Most VetFran members in the alphabetical directory are established brands that should meet Three Star or Five Star criteria. Of the rest, 19 have zero to nine franchised units and the status of four more is unclear.

The IFA’s VetFran program was launched in 1991 during the first Gulf War by the late Don Dwyer Sr., founder of the Dwyer Group in Waco, Texas, and revived by his daughter and successor, Dina Dwyer Owens, after the September 11, 2001, attacks.

Eldridge, VetFran’s program director,  says it is hard to know how many veterans are franchisees because most franchise systems do not keep such statistics. However, in the fall of 2011, the IFA launched an Operation Enduring Opportunity campaign, with the aim of attracting 80,000 veterans and/or military spouses in three years. In 2014, Franchise Business Review, in Portsmouth, New Hampshire, tallied the results and found that 203,890 veterans or their spouses had joined the industry—5,608 as franchisees- and the rest as employees of franchise companies or their suppliers.

Eldridge, a graduate of the U.S. Air Force Academy, served as an Air Force Intelligence officer for 12 years before joining the IFA in early 2015. "Being a One Star brand with only a few units open does not mean you are a bad franchisor," he said. "It just means you may be riskier to join and that veterans should ask more questions."

All new VetFran applicants must be able to answer 34 questions  (for example, what is your three-year continuity rate?) on a worksheet posted on the program’s website and include an unqualified audit opinion letter, an Item 20 (which shows turnover) and, if applicable, an Item 19, with their applications. And starting next year, all renewing applicants will have to go through the same drill.

"This is the first time the IFA ever had criteria for anything," said Sport Clips CEO Logan.  "It was approved by both the Educational Foundation and the IFA board. I am real proud of the IFA for taking this step in the right direction."