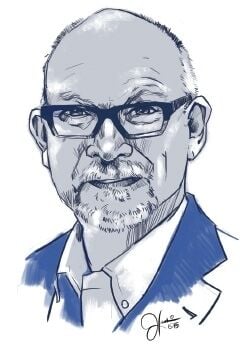 Let’s say you’re developing a national chain of restaurants and expansion plans happen to include your hometown. As luck would have it, your brother is a restaurant operator there. Stands to reason you’d tap him to oversee growth.

Not if you’re Outback Steakhouse co-founder Bob Basham. He picked B.J. Stone, a former Bennigan’s operator, to open the mid-priced steakhouses in Northern Virginia, West Virginia and Maryland in the mid-1990s. His brother, Richard Danker, was "more of an independent operator," Basham recently recalled. "We needed someone with a multi-unit, corporate background."

The brothers, however, eventually teamed up. And this time roles were reversed: Richard was the co-founder and franchisor and Bob was the franchisee. The brand: Glory Days Grill, launched as a single unit in Virginia in 1996. Today, the family-friendly and sports-centric chain boasts 23 full-service units in Virginia, West Virginia, Maryland and Florida.

One or both may debut in a converted Lee Roy Selmon’s restaurant, a Tampa-area concept named after the celebrated defensive back for the Tampa Bay Buccaneers who died in 2011. The partners, along with the Selmon estate, bought the concept from OSI Restaurant Partners (now Bloomin’ Brands) in 2008.

So far, the partners have converted two Selmon’s, in Carrollwood and New Tampa, to Glory Days. The restaurant, however, runs large at roughly 6,500 square feet. Basham believes Glory Days can be profitable within a 4,500-square-foot footprint. "We own four Selman’s, and they may or may not covert," Basham said.

Meanwhile, the partners are financing Glory Days growth with debt and equity. "It’s the same way we started Outback years ago. We had limited partnerships we sold at $20,000 a point." An investor "would get a portion of the bottom line every month," he explained. "These are people we knew who wanted to invest with us."

Naperville, Illinois, looks like a good place to operate a business. After all, its inhabitants are well-educated (two-thirds have at least a bachelor’s degree), have a high median household income ($109,500) and are numerous (population 146,128). Then again, you won’t be the only one chasing their dollars. The smart thing would be to diversify, say, franchising multiple concepts to cover as many bases as possible.

Meet the Hari Group, a multi-brand franchisee based in the affluent Chicago suburb. It has been employing that strategy since 2011. The family-run business operates Dunkin’ Donuts, Baskin Robbins, Tide Dry Cleaners, McAlister’s Deli, Buffalo Wings and Rings and Tilted Kilt. So far, its 26 Dunkin’ locations significantly outnumber the other concepts.

This year, the group added Massage Heights, a San Antonio-based brand, by agreeing to operate and develop 25 "retreats" in the Chicago area. "We’re going to stick to Naperville, Overland Park and Oswego," noted Raj Patel, who along with his father, Bud, own the company. He added it was too early to predict how many the Hari Group would sub-franchise in other parts of Chicagoland.

Raj, 28, conceded while there are many rival massage concepts none has gained any momentum in his area save for Massage Envy, the largest among them (1,000-plus outlets). Yet Massage Envy, Patel claimed, has "zero community involvement" despite three Naperville outlets.

Massage Heights, moreover, had territory available in the Patels’ backyard. Plus, Raj believes the concept is trendier than rivals and features finer (if costlier) sheets on massage tables. "If you educate the consumer, they love it and appreciate it," Raj insists.

Ideally, the love should turn into regular customers, driving volume. Raj thinks Hari’s Massage Heights will generate about $1 million in sales on a $400,000 investment (minus training and fees). He boasted the group’s other franchised brands are producing sales above system averages.

Naperville and surrounding communities easily fit the Massage Heights demographic profile. The first Massage Heights opened in a leased property across the street from the Hari Group’s first Tide Dry Cleaners, a concept with similar demographics.

"We don’t build to flip. We have no exit strategy. Our strategy is to build a brand," Raj declared.

Everyone knows the industry is in a re-franchising mood, though not every brand is, well, financeable. Famous Dave’s franchisee Elliott Baum concedes securing a bank loan is difficult for the chain’s licensees. Yet that didn’t stop him late last year from scooping up seven Chicagoland units to add to his existing six Famous Dave’s in Ohio and Michigan.

Baum didn’t face any competition for the units. He paid the Minnetonka, Minnesota-based franchisor about $1.25 million out-of-pocket for the properties.

"That was the number, take it or leave it. The market needs a lots of capital" and the franchisor "was not prepared to put it in," he explained. He estimates he will have invested at least $2 million after refreshing the restaurants.

Two of the restaurants were dogs. "They’re pretty beat up volume-wise," he said. "And not in great locations, either." Baum is nonetheless confident he can turn around the market in about a year, though perhaps with fewer restaurants in tow.

While refurbished dining rooms will help drive sales, key to boosting volumes is Baum’s proprietary catering system. Noted Baum: "I have the highest AUVs in the system, and I’d say 15 percent of that is catering."