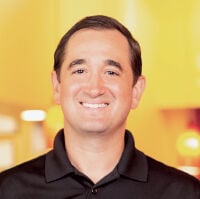 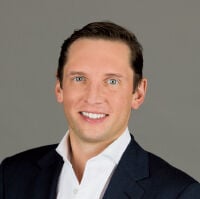 In the past year, QRG expanded its restaurant portfolio by 75 percent and added about 150 restaurants in the Pizza Hut, Arby’s and Moe’s brands. Based in Greensboro, North Carolina, it owns 345 restaurants and has 10,000 employees in 15 states. The Sonic acquisition fulfills a wish for a burger brand.

“Sonic was just a brand we admired and one that happens to have done very, very well in this COVID time period,” said Slaine. “Getting a deal done through a pandemic was interesting and challenging in its own ways, but we kind of persevered over the last nine months” and closed in October.

Ailey, 34, was working for Corvex, a hedge fund that was the largest shareholder of Yum Brands at the time, Slaine said. “His whole idea was, we’re in a pretty unique time in the quick-service business where there’s just an abundance of family businesses that are ready to be monetized,” Slaine said, at the same time franchisors were looking to consolidate. “It was a unique time to raise capital.”

The first fund raised $100 million from institutional investors, mainly family offices. “We upsized the fund over the summer to $130 million,” Slaine said, “because our investors realized the opportunity we have. I can’t compliment our investors enough—two years later their willingness to come back to the table and add $30 million during COVID.”

Ailey acknowledged that closing 10 acquisitions over a three-year-period “is kind of a big splash,” but he downplays the track record. “I look at it as, we’re doing our job. You raise a fund, you have to deploy it. It’s a lot different to have a design or a plan and actually go and execute on it,” Ailey said. “It’s not just buying restaurants, it’s actually building a company,” which is where Slaine’s ability comes in. “It’s one thing to buy restaurants, but if you can’t operate the assets, then you don’t really have that much.”