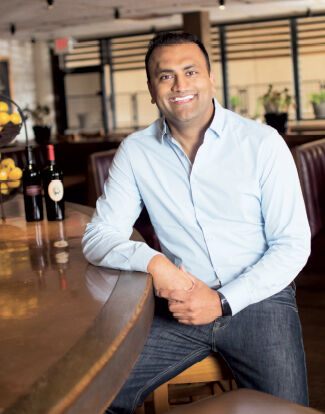 Rent-A-Center has been refranchising corporate rent-to-own stores since 2015, with 400 stores franchisee-owned and about 2,000 corporate-owned today. VP of Franchising Michael Landry has developed a few tricks along the way. “We didn’t want store teams to be distracted from running our corporate business. The knowledge that your store plus the 40 to 100 around you are getting ‘sold’ or ‘franchised’ can cause some anxiety for store personnel, managers and district managers,” he explained.

“The deals were therefore fairly top secret even within our headquarters until we were ready to transact. Each deal was given a unique project name that would not necessarily give away the geography/market being refranchised. Over the years we had projects Sunrise, Daybreak, Mischa, Eli and Dino, each with their own unique tie to either the franchisee, top operator or geography. As we entered our largest franchise deal ever, we named it Project Whitney, after California’s largest/tallest mountain peak.”

Al Bhakta, a longtime franchisee in quick-service restaurants and hotels, is the new owner of 99 Rent-A-Center stores plus a 10-store development deal. Showing a little naming flair of his own, Eclipse RTO is the name he created to operate in the new sector. He instantly became Rent-A-Center’s largest franchisee. “We like aspirational names,” Bhakta said with a laugh. “Yep, yep, go big or go home.”

Bhakta was looking to diversify his holdings. “Historically we’ve done restaurants and hospitality. We were looking at other opportunities outside of those spaces in franchising and multi-unit. The rent-to-own business kept coming to the top,” he said. “We were looking at health and wellness, and fitness and automotive. We like kind of the basic business of rent-to-own.”

He notes a Sonic restaurant might have 30 employees, whereas a Rent-A-Center might have five or six. “But each business has its own rewards. I hate to compare. I think from a margin standpoint, you’re paying royalties and you have normal occupancy” costs. “At the end of the day, you’re still in the pennies business. I wish in all of our businesses, I wish the margins were higher,” he said.

Bhakta believes in putting industry experts in charge of his different brands, hiring a 30-plus-year regional director for Rent-A-Center, and an executive from Aaron’s, Rent-A-Center’s main competitor.

Bhakta’s group got its start in the early 2000s as a franchisee in a small brand in Dallas called Genghis Grill, and then became the franchisor. “Then we got into KFC and Sonic and Rent-A-Center and Marriott, Hilton, IHG. At the end of the day, having the right operator, and having the right aligned operator in terms of mindset, is the key,” he said.

“In any of these businesses, we always say hotel guys can run a QSR, but the reality is it’s probably not the case. I think having subject matter operators that you have alignment with is absolutely key. One size doesn’t fit all, and it’s not always a one-trick pony.”

As for Landry, the refranchising effort was so successful that corporate has now put an end to the effort; corporate wants to run its own stores. Did he work himself out of a job? “A lot of my friends ask me the same thing,” Landry said, but he noted both he and his boss earned promotions. He will have a larger role in helping to run the 400-plus franchised stores. “Operations are what make organizations tick,” Landry said. “If businesses are making money, the franchisees will prosper.”