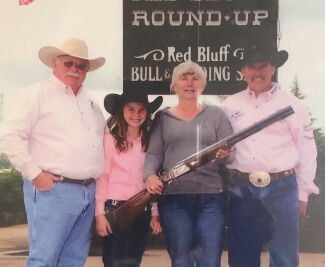 Janice Sutherland, holding the rifle, founded J.A. Sutherland, a Taco Bell franchisee, in 1978 with one store. 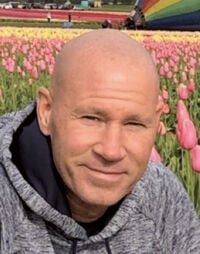 “A combination of an over-leveraged acquisition and the impact of two devastating wild fires that completely destroyed two restaurants and severely disrupted the local economy left the company illiquid and insolvent,” investment banker Auspex described in its nomination form. “To make the situation even more bleak, the company’s existing senior debt was maturing in less than a year. Management was forced to fire sale five restaurants in the spring of 2019 to raise cash but the proceeds were not sufficient to bring taxing authorities and other creditors current or fund franchisor-mandated remodels.”

Or as Hennan said: “It was really like fixing Humpty Dumpty. How do we break this down and rebuild it, to not only something that was sustainable but how can we grow?” He scheduled a lunch with Chris Kelleher and Naveen Goyal, two principals at Auspex. “What were the needs of the organization, and how do we stabilize things?” was the topic of the lunch, Hennan said. “We had some internal finance issues, processes that weren’t good, they were in fact bad. We didn’t have the systems in place to raise the warning flag: You have cash flow issues. How do you see it on the horizon, not on your doorstep?”

After a comprehensive analysis, Auspex recommended and management agreed to a two-step recapitalization process. The first step was the placement of $3.5 million in unsecured mezzanine debt with Redemption Capital to stabilize the company’s finances. About four months later, Auspex completed the placement with Fifth Third Bank of $26.5 million in new loan commitments, including a $19.5 million senior secured term loan, a $6 million development/remodel line of credit and a $1 million revolving line of credit.

And now Hennan and the team are off and running again. “Oh absolutely,” he’s ready to start growing, Hennan said, and reinvesting back into the portfolio. In the next six months they’ll tackle four remodels and then begin filling in. “Our geography is gigantic,” stretching from Sacramento into Oregon. “We believe we can fill in the middle, and we actively have a commercial real estate agent poking and prodding,” he said.

Hennan is the only non-family member on the J.A. Sutherland management team, and he is keen to see founder Janice Sutherland recognized as a 44-year pioneer in the Taco Bell system who started with one store. Her father was a veterinarian, and the family is “extremely” tied to 4-H and Future Farmers of America. Whenever they build a Taco Bell, they have to get a variance to make the drive-thru tall enough to accommodate horse trailers.

“You would love the family here. This organization is jeans and boots and Dodge Ram trucks,” he said. “I’ve known the family for 20 years, just from afar,” when he worked for another large Taco Bell franchisee. “It was always interesting, because they’d always travel together. It was a pack of Wrangler jeans and boots. Jan is, I don’t know, 5-foot and 74 with gray hair, and she gets up and down off of the ground and out of her giant Ram truck better than I do at 48. She’s one of those people that believes if you stop moving, you’re dying.”

Hennan is excited for the day the company is thriving once again. “Jan giving up operational control, she’s been a franchisee 44 years. I had to come in and build trust. She gave myself and my family an opportunity to do something I’ve dreamed about, and for that I’ll forever be grateful.”

He wants to pay her back. “I want Jan to be celebrated as the founder, with tens of thousands of employees. We provide a first-chance opportunity,” he said.