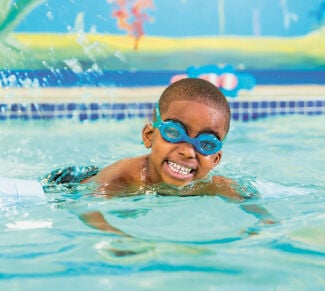 Demand for swim lessons remains despite the pandemic, said Lee. 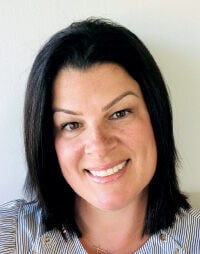 A longtime friendship with Goldfish Swim School co-founder and fellow collegiate swimmer Jenny McCuiston gave Katie Lee an inside look at the concept early on and prompted the formation of BHB Group as the brand’s first franchisee. Now with 13 swim schools in five states and three more in development, BHB Group signed another multi-unit agreement, this one for seven locations in Manhattan and the greater New York City market. Hope Bayer, another friend and swimmer, is a partner in the group, along with her husband, Brian, and Robert and Hank Wineman.

The need for swim lessons and water safety isn’t going anywhere, noted Lee, and despite the challenges brought by the COVID-19 pandemic, BHB is in a position to grow and capitalize on markets where “we know there are kids who need to learn how to swim.”

“We’re a really conservative group, we hold on to a lot of cash … and we aggressively pay off schools,” said Lee, BHB’s operations owner. “We’ve been financially responsible for 10 years,” ever since opening the first franchised Goldfish in Farmington Hills, Michigan. With a total investment of $1.3 million to $3.2 million necessary to open a Goldfish Swim School, the barrier to entry “is no joke,” noted Lee, “and we reflect on that all the time.” BHB is meeting its financial goals with its Goldfish operations, she said.

In its franchise disclosure document, Goldfish lists average gross revenue of $1.7 million for locations open at least one year.

“You’ve gotta be willing to risk a lot up front to get the rewards on the back end,” Lee said.

After pandemic-related closures earlier this year, all 13 of Lee’s schools are open and “we’re about back to 50 percent of where we were pre-COVID,” she said. Class sizes were modified and plexiglass barriers installed along pool ledges to provided separation during lessons, among other changes. Lee’s been pleased with the support from a franchisor she said shares the same core values as BHB. “Do the right things, make the right decisions and treat everyone with integrity, compassion and trust,” she said.

Green Home Solutions signed several multi-unit franchise agreements for a total of 19 units. Among them is a five-unit deal with Michael Douglass for locations of the disinfecting and in-home air solutions brand in northwest Georgia and Tennessee, and a four-unit deal with Jason Lilly and Justin Crawford for Wake County, North Carolina.

Dickey’s Barbecue Pit will expand its presence in New Orleans through a new three-unit deal with existing franchisee Robert Dunning.