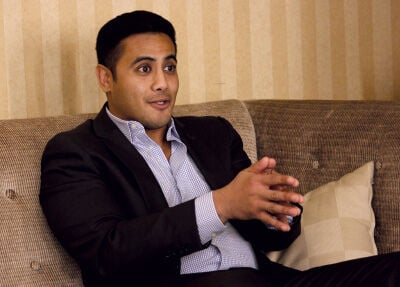 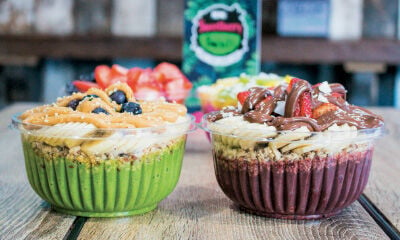 Sweetberry Bowls, a counter-service concept with açaí bowls, smoothies, salads, poké bowls and wraps, was the first restaurant brand to launch a national crowdfunding investment campaign on Republic, an SEC-registered platform that started after the enactment of Title III of the JOBS Act. That move, said CEO Desi Saran, is in line with his bold vision for a brand that opened 19 locations in just two years and, using a tech-forward strategy, expects to open another 10 franchise units in 2020.

Sweetberry Bowls has a target capital raise of $1 million and, as of this writing, had raised close to $300,000 since November 8, with 49 days left until the March 7 deadline. "People want to support the brands they like," said Saran, who founded Sweetberry in 2017, and "they’re buying equity in the company," albeit a "very small percentage."

Sweetberry underwent a rigorous application process before being selected by Republic, pointed out Saran, and had to demonstrate revenue growth. The company cleared $2 million in revenue in 2018 and was on pace to hit $4 million in 2019.

Capital raised via the Republic campaign will support Sweetberry’s franchise expansion, specifically, said Saran, the hiring of support staff. The campaign, which includes a detailed explanation of Sweetberry’s model, brand position and potential market, is also serving as an education and marketing tool for potential franchisees and customers alike.

Based in Jersey City, New Jersey, Sweetberry has restaurants open in its home state, plus Florida, North and South Carolina, Pennsylvania, Virginia and Illinois. The average buildout cost for a location is $150,000.

Saran’s background developing tech start-ups now influences his approach to running Sweetberry "like a tech company," which he said means incorporating technology such as the latest loyalty software and automated reporting into operations, along with giving customers multiple ways to interact with the brand. Those interactions include going all-in on delivery and exploring ways to put artificial intelligence to work.

Through an omnichannel communication tool, "any customer can contact us via text or chat on the website and the AI is learning based on the questions people ask," said Saran. The AI, powered by Google, is able to answer common questions on topics such as operating hours or how to place an online order and decreases customer service costs.

Sweetberry’s embracement of delivery is another reason Saran said he expects the brand’s success to continue. It currently works with DoorDash, Grubhub, Uber Eats and Postmates, and Saran said 22 percent of sales are from off-premises channels.

Experience has shown the brand’s customers aren’t very price sensitive when it comes to paying for convenience. By creating delivery-only menus that allow the brand to charge off-premises customers more than in-store diners, the team has found customers thus far haven’t balked at paying $22, after fees, for what is normally a $10 acai bowl, brought right to them.

"They’ve already made the decision that they’re going to order," said Saran, and don’t appear to care about the added cost.

A partnership with ghost kitchen operator Dine Hive expanded Sweetberry’s footprint in Chicago, and the brand is also experimenting with different delivery-only menus, including Sweetberry Poké. "We’re building a ghost kitchen of our concept in our concept," explained Saran.

That poké experiment eventually led to the launch of poké bowls on the dine-in menu at some locations and furthers Saran’s goal of not simply being "just another acai concept." Sweetberry’s offerings of hot paninis and salads also help combat the seasonality of those cold, blended acai bowls, he noted.

Additional menu engineering is planned this year, with franchisees playing a "test and innovate" role. That level of involvement is one reason Sweetberry is being "super picky" about the franchisees it signs early on and requires at least one operating partner for each deal.

"You can’t just dump some money in it and it runs itself," said Saran. Those first franchisees, he added, "they can make or break you."