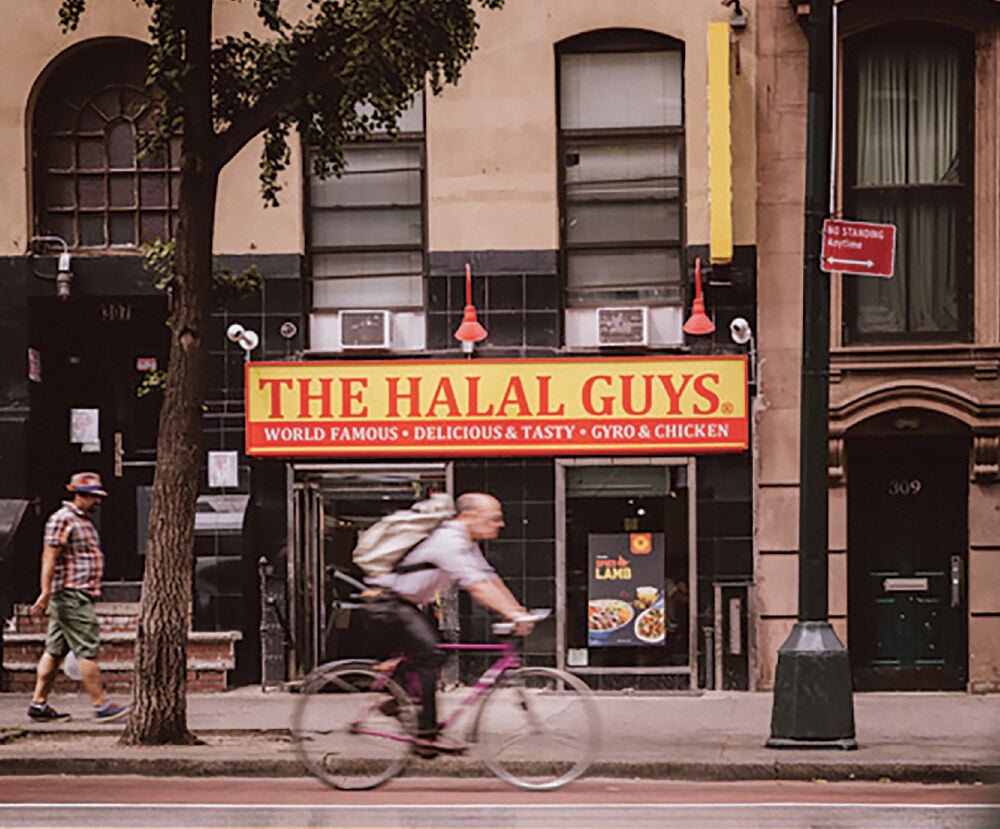 The Halal Guys system is largely inline units, but more drive-thrus are in the works. 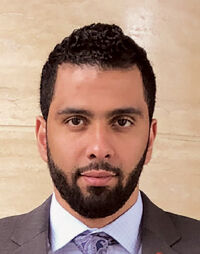 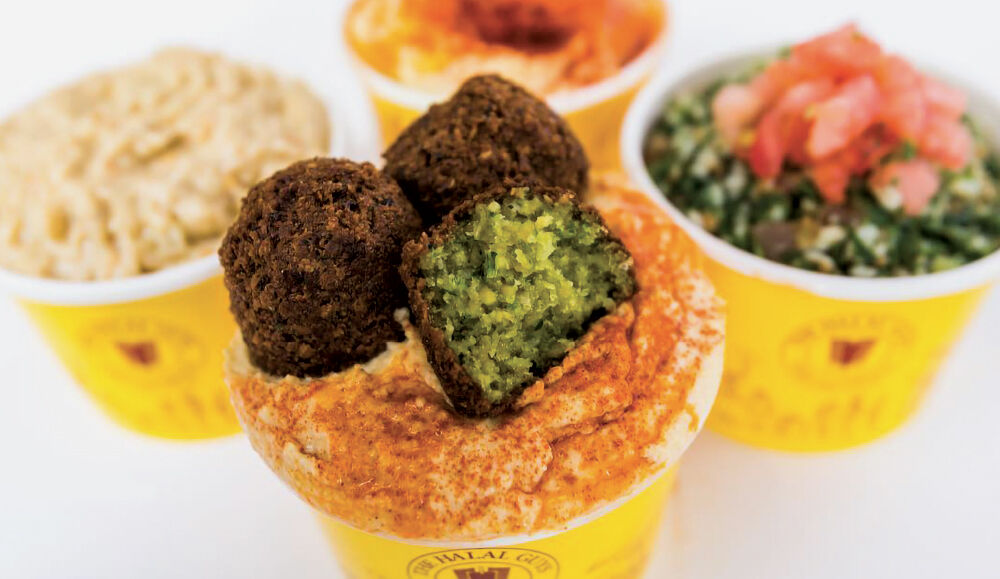 Halal Guys’ falafel items, along with chicken and gyro platters, are well suited for delivery.

Seven years after it began franchising, The Halal Guys is closing in on 100 worldwide locations as it anticipates opening 30 to 40 new units over the next five years. With a product that’s well suited to delivery and carryout, the New York-based brand is continuing testing inside three ghost kitchens and is exploring new drive-thru locations as franchisees look to capitalize on vacant restaurant spaces now on the market.

Like most restaurant brands, sales at The Halal Guys took a significant hit in the early months of the pandemic. The company quickly saw its sales begin to recover, CEO Ahmed Abouelenein said, which he partially credited to investments in delivery and off-premises technology, plus contracts and in-store operations that began well before COVID-19 became an everyday term.

The Halal Guys already secured master agreements with third-party delivery providers such as Uber Eats, Grubhub, Postmates and DoorDash, he said, and was “already in the process of implementing an integration system for our orders to go directly into our point-of-sale to make life easier for our employees … and as of today, the process is almost 95 percent complete.”

The brand was one of the first to open inside Kitchen United’s original ghost kitchen facility in Pasadena, California, as well as inside a DoorDash Kitchens ghost facility in Northern California. The company also has its own delivery-only location in Long Island City, New York, and Abouelenein, son of co-founder Mohamed Abouelenein, said the company will continue testing ghost kitchens for the foreseeable future.

Looking ahead, the CEO said the company would likely open additional ghost kitchen locations, and wants to target dense, urban areas where it’s a challenge to secure traditional restaurant locations.

Abouelenein said the company considered exporting its products via virtual restaurants, but concerns about ingredient sourcing and access to the product led the company to keep its focus on traditional restaurants, its existing street carts within its home city and ghost kitchens in big cities.

For traditional locations, the company was already revamping its restaurant designs before the pandemic, but has continued tweaking that template to include delivery stations, separating delivery drivers from customers picking up their orders, along with adding drive-thru options for franchisees who are able to secure such coveted locations.

The Halal Guys has only one drive-thru location open, in Chicago, but the company is starting to approve additional drive-thrus, “because that’s where the business is going,” Abouelenein said.

The company is anxious to open its fully constructed unit inside Washington, D.C.’s Union Station. That now-mothballed store is ready to open, but because the station is still largely empty, its opening date has been pushed back indefinitely. According to recent reporting from The Washington Post, passenger traffic at the country’s ninth-busiest transportation hub is still down 92 percent from pre-pandemic numbers.

With two years of ghost kitchen experience under its belt, the executive team at The Halal Guys learned the importance of marketing a location that doesn’t have public-facing real estate and signage. That marketing is crucial to build awareness and maintain customer interest.

Ghost kitchens need “a lot of marketing to let your customers know that you’re there, that with just the click of a button they can either place an order and go pick it up or get it delivered to their location, so that’s one of the biggest challenges we saw even before the pandemic,” Abouelenein said. He added for smaller mom-and-pop restaurants without large-scale brand recognition, marketing a delivery-only ghost kitchen location could end up being an unlimited expense that ultimately costs more than they’re going to spend on their day-to-day operations.

Even with all of the work the company has done on its off-premises program before and during the pandemic, it’s continuing to tweak its delivery packaging, in-store operations and completing that delivery integration process that will make daily life easier for its employees.

“2021 is here, and we’ll continue to develop the business and continue to make our systems more aggressive to handle the demand for delivery,” Abouelenein said. “We’re preparing our franchisees for that reopening, increasing the staffing, increasing their products and being ready for, hopefully, a better year than 2020 for sure.”

With locations in 15-plus states, Abouelenein said the company is working toward opening a The Halal Guys in every remaining state and said it has a “long ways to go” on the international side with locations open in South Korea, Indonesia, the United Kingdom and Canada. Start-up costs for a multi-unit deal—The Halal Guys is mainly seeking franchisees ready to develop a minimum of five units—range from $315,600 to $926,500. The franchise fee is $60,000 and multi-unit developers pay the full fee on their first unit and a 50 percent deposit on each additional unit. The minimum net worth requirement is $1.5 million, with $1 million in liquid capital.