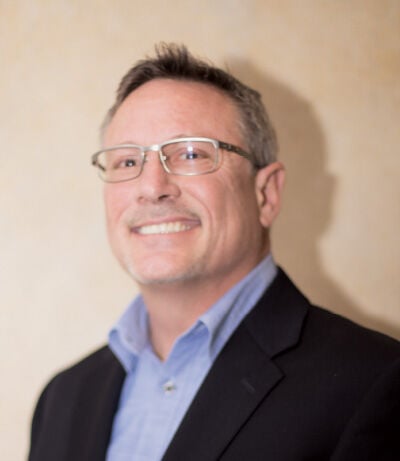 Andy Bell started Handyman Matters in 1998. The deal to sell to Ace Hardware, which he calls a “wonderful gift,” wasn't expected. “It came to us,” he said.

A cold call to Andy Bell, founder of Handyman Matters, from Ace Hardware’s CFO Bill Guzik proved fruitful. "I started, frankly, making phone calls and reaching out to different franchise systems around the country, ones that would fit a certain profile," said Guzik. He was seeking systems "that would be able to use what we sell in our stores," and a franchise agreement "where we could compel the franchisees to buy from the local store."

When Guzik reached Bell, about a year and a half ago, "He got it right away. Others didn’t think it was a great idea. Andy saw the vision" and was immediately on board.

What followed were intense months of integration, in which the 57-franchisee brand with stores in 23 states were re-branded to Ace Handyman Services. March 2 was the official rollout date for the new franchise, with new signage on trucks and stores and uniforms, all of which Ace Hardware will pay for.

"It took about 30 days after the acquisition was announced to try to quiet down the concerns," said Guzik, a typical scenario when a founder sells his franchise. "We did it by over-communicating. We had a call with all the franchisees. Basically, what I told them is, there’s no ‘there’ there. There’s no other shoe that’s going to drop."

Reached in mid-February, Guzik said franchisees were getting agitated again. "Now that we’re getting closer to launch date, there’s been a resurgence of who’s going to pay for this. Once they found out we’re going to pay for all the re-branding," a price tag of "only a few hundred thousand dollars," operators seem to be on board.

Bell started the franchise in 1998 in Denver, celebrating 22 years on February 14, 2020. "Quite honestly I wasn’t necessarily looking for someone to acquire us. We hadn’t put the brand up for sale. It came to us," Bell said, noting a change in the marketplace from do-it-yourself customers to "do-it-for-me" clientele, including millennials buying their first homes and baby boomers sick of repairing theirs. "It was the most wonderful gift I could have received, that Ace Hardware reached out to me and said they were interested in partnering. It’s a once in a lifetime opportunity."

The only sticking point was the price tag Bell wanted, Guzik said, especially after a surge of franchisees entered the system in 2018. "It just became a negotiation over price.

Andy had just come off a great year with his company, and knows that Ace is a big company and big companies write big checks." A deal was struck that stuck.

Bell said his role is to be "the communicator, and our team is really getting into the integration process." Marketing will begin at the local level, where Ace Hardware has stores (4,700 of them and counting) and Handyman Matters has franchises (nearing 400 to date).

"Our goal is to get to everybody, and to be a part of all the retailers across the country. It’s going to take some time. I think they have a 71-year start on us," Bell said about Ace, which was founded in 1924.