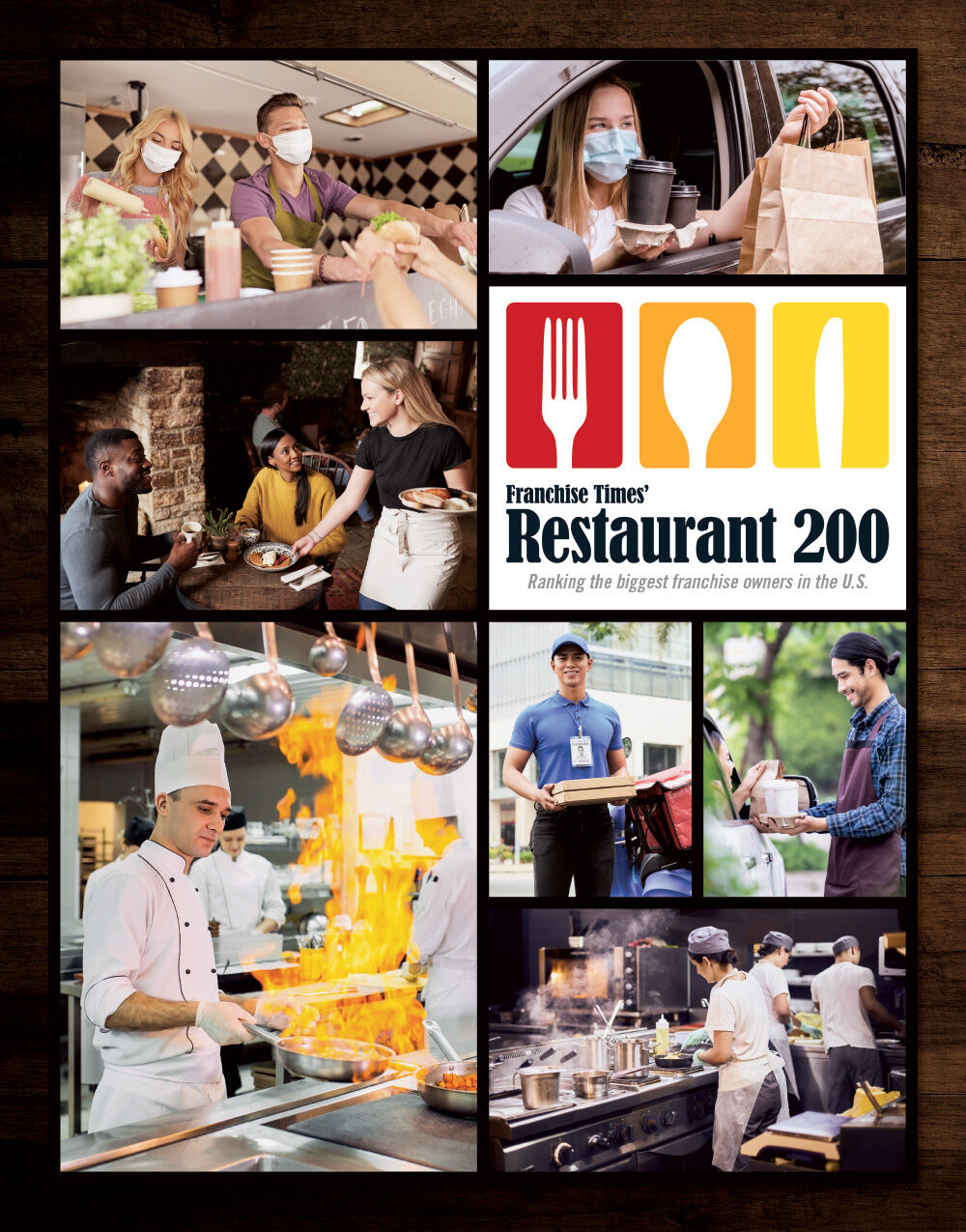 All the white-knuckle work paid off, though as the industry saw, nothing worked quite like already having a drive-thru window. That’s where the results from 2020 become asymmetric and we see clearly the overall average is made up of two extremes.

On the positive end, operators with a high portion of quick-service concepts thrived. MUY Companies, the No. 4 operator this year, pushed sales 6.2 percent higher. No. 17 on the list, QSR operator Ampex Brands, grew sales by 10 percent even after selling 32 locations.

At the other end, casual dining suffered. Summit Restaurant Group, a 360-location IHOP and Applebee’s franchisee, was hit hard. The operator reported a sales decline of nearly $300 million or 37 percent. The company sold off 67 locations, but casual dining was obviously a rough segment of the restaurant space. Golden Corral operator Metro Corral (No. 182) shed 15 locations from its count; its $41 million in sales reveals some major declines in the buffet-focused concept. In 2019, the company had an implied average unit volume of $4.2 million; last year, it sank to $2.3 million, a 45.2 percent decline.

All the chaos didn’t upset the top companies that much. Flynn Restaurant Group kept the No. 1 spot, even while taking a $356 million hit to revenue and slipping below the $2 billion mark the company reached last year. NPC International came in at No. 2 in 2020, but that will change next year. The company filed for bankruptcy in the summer of 2020 and its restaurants were sold—mostly to Flynn.

Carrols Restaurant Group remained at No. 3, growing sales by $75 million to $1.5 billion even as it shed 27 Burger King restaurants to end the year with 1,009 Burger Kings and 65 Popeyes. At No. 4, MUY Companies crested the $1 billion mark for the first time as it grew sales by 6 percent, or $61 million. It also shed net locations, selling off 15 Pizza Huts and adding two Wendy’s and one Taco Bell. The No. 5 spot saw a bit of a shakeup. KBP Investments claimed it this year as it grew sales by $62 million to reach $986 million in overall sales.

Two major trends continue: consolidation and diversification. The top 10 alone bought or sold 660 restaurants, shuffling around more locations than many operations ever reach. Across the whole list, operators grew to 30,222 locations, a slowdown from last year’s pace, but growth nonetheless.

Cover subjects Matt Ailey and Matt Slaine of Quality Restaurant Group are a reminder that savvy buyers are coming into the space with big goals. The No. 38 group spiked revenue some 92 percent to $300 million. (Read more about their vision on page 16.)

Investment bankers and transactional lawyers say 2020 was an exceptionally active year. All the new transactions and Flynn Restaurant Group’s monster deal for 937 Pizza Hut and 194 Wendy’s units will show up next year as the large continue to get larger. But the Flynn-NPC deal is a stark reminder that there is no “too big to fail” in the restaurant space and diversification is paramount.

“NPC had a millstone around its neck in the form of a crushing $900 million debt load (over seven times debt to EBITDA) and a decade of underperformance in the Pizza Hut brand,” he wrote.

The past year will be remembered for many reasons in the restaurant space. All the pain, however, may lead to further growth and sophistication and with time, the year will—hopefully—be a soft patch.