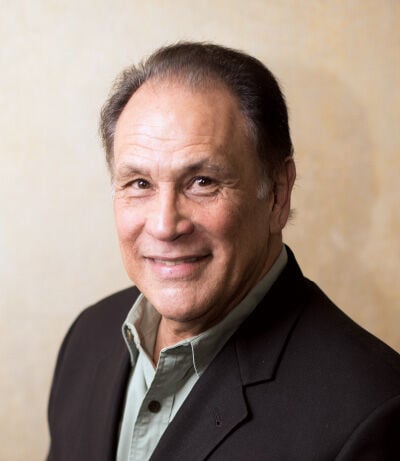 Robert Rodriguez is the operator in charge of the 117 Pizza Huts newly owned by Tasty Huts LLC, a subsidiary of Triton Pacific Capital Partners.

When Bob Geist and Rage Inc, owner of 117 Pizza Hut restaurants and based out of Wichita, decided to pull the trigger and sell the company, investment banker Unbridled Capital knew buyers would be few. "We did not go out to a massive marketing pool. There are not that many people that can take on 117 Pizza Huts," said Derek Ball of Unbridled.

One group that can, and ultimately did, was Tasty Huts LLC, a company formed under the Prestige Restaurant Group umbrella specifically to do this deal. Earlier, in June 2018, the same group formed Tasty King LLC to acquire 64 Burger Kings in Missouri, Kansas and Iowa. "So, they’ve grown from zero to a couple hundred units in a two-year span," Ball said.

Tom Scott is managing partner of Triton Pacific Capital Partners, the investment group behind Prestige and Tasty King and Tasty Huts. "We’ve really built franchises within different areas of focus. For many years we had a team focused on healthcare services," he said. "This is kind of a unique situation, that we saw the opportunity to blend an attractive offering in QSR," he said about the Burger King and Pizza Hut buys. "So, for the investors we work with, there’s a lot of different levers available to drive investor return."

One attraction was lower valuations because of Pizza Hut’s struggles recently. "EBITDA is pretty depressed right now," Ball said, referring to cash flow. "They’ve had EBITDA declines and you can pay a pretty respectable multiple that the seller can be happy with it," but still satisfy the buyer. "They get it at kind of a down time and then pay a price that over time they can look back and say it’s a good buy...It’s a national brand backed by a big, well-known franchisor," Yum Brands, "so people have trouble believing it’s going to continue to decline forever."

"You never time where the inflection point is in a brand, but Yum as an organization is successful, they’ve demonstrated their ability to manage brands over the long haul," like KFC and Taco Bell. "The commitments they’ve made to invest in the Pizza Hut business, it takes time for those things to play through. We’re not looking at some overall miracle but we do think there’s opportunity to close that gap with Domino’s."

Scott said the team also was confident in Rage’s operating acumen. "We felt comfortable that we were buying a business that demonstrated strong, sustainable cash flow," he said. "As long as that business continues to perform as it’s supposed to perform, we’ll find opportunities over time." Robert Rodriguez will be the point man driving operations for the Pizza Hut brand.

Scott said both buyers and sellers were able to create an unusual amount of rapport, including by bringing a large group from the Tasty Huts side to Wichita, to spend an entire day with the Rage team. "That was really, really helpful having that direct rapport," he said. "It all comes down at some level to the relationships."