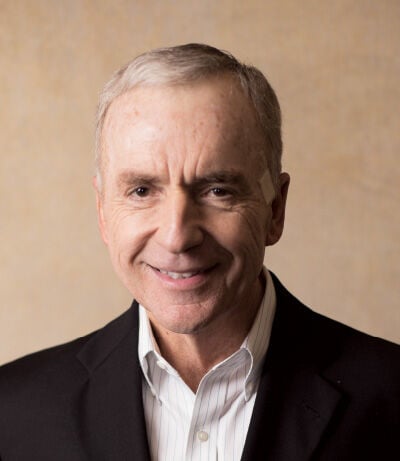 It was early February, just a few months after WKS Restaurant Group became the largest Denny’s franchisee by buying 94 restaurants from QK Holdings, and all 94 general managers were visiting headquarters in California for three days to learn the ropes.

What went on at the meeting? "Everything you can think of," says founder and CEO Roland Spongberg. "First of all, we’re welcoming them. They’ve never been to our office. We have a great support center, they’re presenting: accounting, payroll, maintenance, people’s services or HR, every department. Our goal in our support center is to make their life easier."

Spongberg’s company uses what he calls the MAP system to operate its restaurants; WKS is also the largest franchisee in the Krispy Kreme and El Pollo Loco brands. "In our system, every single restaurant has what we call a dashboard of vital factors. Those general managers are responsible for that and have to come to a meeting every month and report with their peers, with a district leader. They’re reporting on, how I’m doing on my dashboard: how’s my food costs, my labor costs, my operating metrics, all those things you have to focus on.

"Everybody knows how to run a restaurant but a lot of times they don’t know how to run a $2 million, $3 million, $4 million business. There’s no hiding in our business because they’re reporting to their peers," he said.

His goal in every acquisition is to retain the GMs and others. "Every single one of ‘em. It’s tough to find 94 general managers, and they have some great ones. One of the things we find when we do acquisitions is some really great people," he said.

Spongberg has a simple reason for betting bigger on the Denny’s system, in which he’s operated since 2004. "I just experienced my ninth year of same-store sales increases," he said. "Denny’s management team, John Miller leading the way, have done great things with the brand. They’ve done great things with the food, they’ve done a great job with a remodel that actually drives traffic," he said. "Denny’s was kind of a worn-out brand and they revitalized it."

His biggest lesson learned in doing deals? "Understanding the business. When you don’t know the business, it’s a disadvantage," he said. "Sometimes we’re up against private equity," in the bidding process. "And sometimes they don’t know what we know, so we’ve been able to do a little better.

"We are dialed in on specifically the costs, and where they’re at and where we’re at. You try to dial in a little deeper and try to compare it and say what could we do differently."