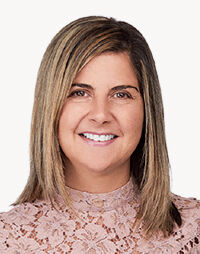 The volatility of 2020 touched every aspect of franchise ownership, but as operators and prospective franchisees consider a plethora of financing options to meet their new location and remodel needs, there’s one piece of advice that remains timeless.

“Be prepared to articulate your story,” said Boefly founder Mike Rozman, whose company helps franchisors qualify their applicants for financing and also connects candidates with lending options. “Really spend the time so when you go to your lender, you’re ready.”

As franchise brands themselves consider their capital needs and expect to account for how their business responded during the COVID-19 pandemic, Rozman said franchisees should be prepared to do the same. “Since COVID hit, we advise borrowers to have a clear articulation of how their business was impacted and how you plan to navigate that,” he said of what’s known as a COVID impact statement.

They should also expect the quality of the brand itself to matter even more—and their own related experience, too.

“For emerging brands especially, lenders care about direct experience,” said Katie Burckhardt, Guidant Financial’s senior vice president of sales. Those interested in the restaurant segment, among the hardest hit during the pandemic, will be expected to demonstrate their foodservice experience or, if they don’t have it, present a management team that does.

Service brands, meanwhile, have largely done well over the last year, said Burckhardt, and could prove attractive to franchisees and lenders alike.

“People who are gainfully employed actually have more discretionary income” because they cut back on retail, travel and other spending last year, said Burckhardt, “but they’re actually spending more on the home and so those businesses that don’t rely on customers coming into a retail business” are poised to see franchise sales growth.

Chris Hurn, founder and CEO of Fountainhead, one of a handful of non-bank SBA lenders and loan originators, seconded that point and noted many franchises, such as those in group fitness, could face a tougher time finding financing.

“I do think things that are less dependent on meeting up, on being somewhere in a group, that will affect franchise sales, which in turn affects franchise financing,” he said. “Lenders want to make sure your business can cash flow even during tough times.”

Franchisees looking for capital may face increased scrutiny as lenders expand their due diligence beyond the typical review of personal net worth or credit score. At Fountainhead, that means requesting monthly profit and loss statements to compare performance, along with questions covering how a business kept its core consumers during the pandemic and how safety issues were addressed. Plus, said Hurn, “we’re going to dig a lot more into people’s background, their liquidity.”

That increased scrutiny isn’t likely to deter franchisees. Recessions tend to fuel franchise sales as unemployed workers—this year started off with nearly 11 million Americans still unemployed, according to federal data—look to launch another career and are drawn to franchising for its systems and brand recognition. Burckhardt said while at Guidant they’re projecting mild growth, she’s optimistic and “our pipeline is up.”

The ROBS program, 401(k) business financing also known as Rollovers for Business Start-ups, remains a popular route for franchise funding. The only time it wasn’t as strong was in early 2020, said Burckhardt, when the stock market tanked.

“But the market has recovered and then some,” she continued, and there’s a large amount of corporate talent out there with retirement funds to use.

The spotlight remains on the Small Business Administration, meanwhile, as key provisions in the CARES Act provide for expanded loan options and other enhancements are, as Hurn put it, “trying to induce lenders to participate on transactions they may not otherwise.” (See above sidebar for details.)

For restaurant franchises, many of which saw their business model completely upended last year, investment interest remains, said Mark Wasilefsky, head of restaurant franchise finance for TD Bank. “There’s a lot of money out there looking for something to do, that is chasing restaurants,” he said, and even though the fallout from COVID-related shutdowns created new habits for people, he doesn’t believe it will take the demand for dining away. Instead, consumers expect a different dining experience, one with limited physical interaction and seamless service either through delivery or a drive-thru, and it’s up to franchises to evolve.

Quick-service restaurants are already in an especially strong position, he said, as are concepts with a clearly defined delivery strategy, something he and his team want to see when working with borrowers. Demonstrating cash flow at the unit level is as important as ever, as is the economic strength and reputation of the franchisor, he noted.

The Small Business Administration’s 7(a) loan is one of the most popular options for new franchisees to fund their purchase, and its flexibility for use as working capital, for equipment purchases and for renovations, among others, make it attractive to borrowers.