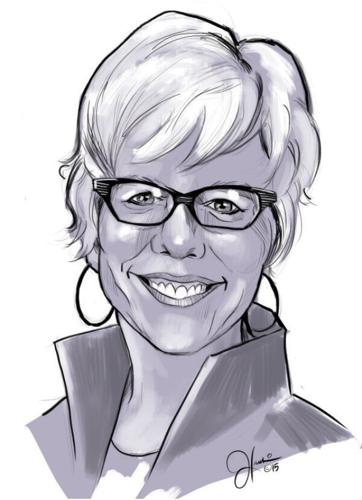 Businesses have filed more than 1,700 lawsuits against insurers for denying business interruption claims arising during the pandemic. One claim stands out, and this one might stand a chance.

Xponential Fitness, with nine fitness brands under its umbrella and more than 1,700 locations worldwide, is suing Arch Insurance Co. on behalf of franchisees, citing its “failure to provide insurance coverage caused by the novel coronavirus pandemic and the resulting orders by state and local governments” to close down. It’s the biggest business interruption claim backed by a franchisor, President Sarah Luna said.

“We’re kind of the first to pave the way and commit our own internal resources and do it at our own expense,” she said. “Overall it will be on contingency, but everything to date has been driven by our team and our internal resources. Franchise partners will not have to pay” out of pocket.

Business interruption claims have been a hot topic since COVID-related shutdowns began in March 2020, with many insurers denying claims because of exclusions for virus infections, among other reasons, that were routinely included in policies after the SARS outbreak of 2013.

Luna said Xponential’s policy with Arch Insurance was written in 2019 and did not exclude viral or bacterial outbreaks. “It’s an important aspect of this lawsuit. It was a specific program, written for our studios specifically. The program does not include the exclusion for viral infection,” she said.

Michael Fawaz of Howard & Howard, an outside attorney pressing the case, said Arch and other insurers have been aware “for at least 20 years” that policies could have exclusions for viruses, pandemics, epidemics. “They didn’t do that here,” he said.

“When you see something like this where these folks got together, paid premiums, negotiated a policy, got certain coverage, did everything right, and then when it came time when these provisions were triggered, Arch said no,” he said. “That’s just not right. Fundamentally not right.”

Chris Mosley with Sherman & Howard, also pressing the case, agreed. “Arch created a special program for them, and yet Arch is just throwing them to the side,” he said about the owners in the Xponential system.

Christina Wahl, a partner with Berkowitz Oliver, represents Arch Insurance. Arch filed a motion May 14 for more time to answer the complaint but as of late June had not yet done so. “We have no comment, but I appreciate the call,” said Wahl in late May.

Of the 1,700-plus cases filed so far, decisions are breaking “definitely” for insurers, said Alexandra Roje of Lathrop GPM in Los Angeles, who represents policyholders and is not involved in the Xponential Fitness case.

“There’s been a handful, less than five or six, where the policyholder prevailed on a summary judgment motion, meaning they got a ruling on the merits,” she said. “Until we get some rulings from the courts of appeal, I think it’s going to be tough for any policyholder to have any confidence they’re going to prevail.” Appeals will likely play out this year and into next, she said.

Arguments getting traction for policyholders, she said, are those in which policies cover loss of or damage to property, but the fine print will weigh heavily in the cases. “What the courts have found in some cases is that ‘loss of’ is different from ‘damage to,’ and therefore the loss of use of property, not necessarily physical damage to property…triggers the coverage.”

She’s advising clients these days to first, check their policy to see what the statute of limitations is, and to consult with an attorney to see if filing a “placeholder” claim makes sense. But after a flood of business interruption claims last year, interest in filing the suits these days is waning.

“I think people are moving on, because litigation is very expensive, and they may have gotten relief through the COVID relief bills, just enough to make it through,” she said. “And do you really want to invest money in litigation at this point, when the likelihood of success is relatively low on the evidence we have.”

‘This one is much cleaner’

Mosley with Sherman & Howard would wholeheartedly disagree. He conceded that in federal court about 90 percent of the cases have been decided for insurers, and about 10 percent for the insured, although the latter figure rises when looking at only policies without a virus exclusion.

At the state court level, he said, the percentage is much closer to 50/50. “It’s a concerted effort by the insurance industry to promote this story that it’s a no-brainer, that insurance companies win again and again and again,” he said.

At the state court level, “plaintiffs have been quite successful,” he said, and in Missouri, where this suit is filed, “there is a seminal case that went in favor of plaintiffs,” Studio 714. “That was in Arch’s home state.” He believes gaining class-action status in this case will also be successful because instead of a “scattershot” approach, “this one is much cleaner,” with all brands under one umbrella.

If Xponential prevails, Jay Jasunas, for one, would be happy. He’s a Row House franchisee in Denver who opened in the summer of 2019 and then had to close for 11 weeks. He spends about $2,000 a year in business interruption insurance alone. He said his policy states, “if a civil authority shuts you down for any reason, we will pay. We had the government shut us down for three months. I don’t understand why they denied everybody’s claims.”