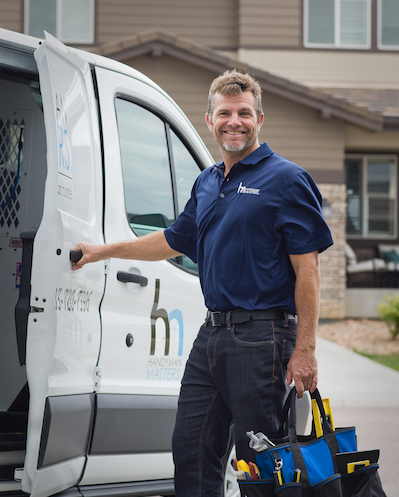 Ace Hardware, No. 5 on the Franchise Times Top 200+ ranking, is known for its 4,500-plus retail stores across the United States. Early next year it will roll out Ace Handyman Services, the new name for Handyman Matters, which Ace acquired in September.

First comes a rebrand for Handyman Matters, with 57 franchisees across 23 states. Ace CEO and President John Venhuizen figures there is massive room for more units, and he cites early interest from about 50 current Ace Hardware operators who want to add a service offering, plus Handyman Matters operators who like the idea of being nearby Ace Hardware stores to eliminate those time-consuming supply runs.

Ace Handyman Services franchisees will get access to customer leads at the stores as well as preferred rates on supplies. "It’s a nice strategic fit for us, we believe," said Venhuizen in an interview.

Although he declined to give a number as to how many units of the new brand Ace expects to sell, he said, "The opportunity is significant. Right now those 57 franchisees really only cover about 10 percent of the United States households, whereas our retail base covers 85 percent. We don’t want to set numeric goals. There’s easily 10 times the number" than are open now.

The founder of Handyman Matters, Andy Bell, will continue to be the CEO. "I hope he stays until he’s a hundred years old. We like what they’re doing," said Venhuizen. "The reasons we were interested, we really liked their system and their training, and it’s scalable."

Although Ace Hardware was founded in 1924, this will be the first time it will operate a franchise in the traditional mode. "It’s interesting, that’s a little new to us," he said. "In the United States we don’t charge our franchisees any royalties or fees, it’s a different model."

Beth Ewen reports mergers and acquisitions news in the franchise space in the monthly Dealmakers e-newsletter. Sign up at Franchisetimes.com/e-newsletter.

The last time we talked with Jimmy John Liautaud, founder of the eponymous sandwich chain, he was on stage at the Franchise Times Dealmakers event in 2017 after selling a majority stake to Roark Capital for a cool $1 billion. Now he’s out completely, scooped up by Inspire Brands. Other recent movers and shakers range from Home Franchise Concepts to Huddle House and beyond.