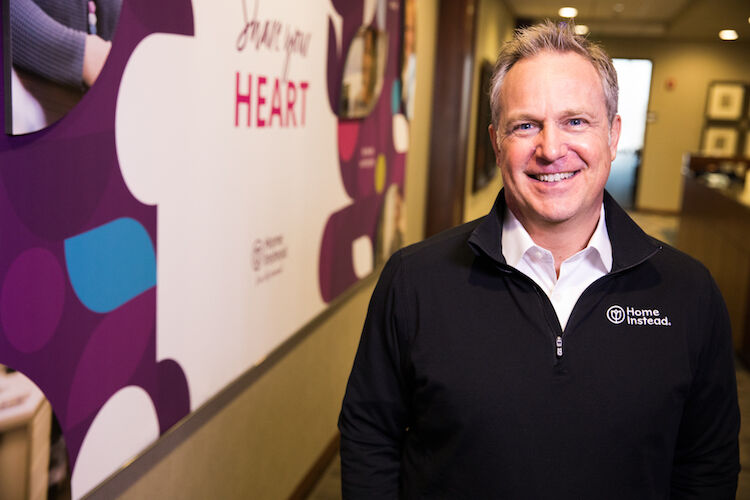 "This represents an acceleration of our vision, not a pivot," says Home Instead CEO Jeff Huber.

Home Instead built $2.1 billion in systemwide sales and 1,089 units through 2020 without bringing in major outside investors—making it something of a unicorn in M&A parlance. That changed last week when Honor Technology, a start-up home healthcare and technology provider, bought the largest home healthcare franchise from co-founders Paul and Lori Hogan.

The couple started Home Instead in 2014; Paul Hogan, former chairman and CEO, will retain a board seat.

Seth Sternberg, co-founder and CEO of Honor, said they raised their most recent funding round, for $140 million in Series D, last October; Honor raised $255 million since its launch in 2014. Honor’s investors include Adreessen Horowitz, led by Mosaic co-creator and Netscape co-founder Marc Andreessen; Prosus Ventures; Thrive Capital and 8VC, among others.

Sternberg had one target in mind: Home Instead, so he decided to give CEO Jeff Huber a call. “Honor likes to partner with high-quality folks. That’s critical to our success, so why not start at the top?” he said.

Huber had gotten so many calls from private equity and other investors in recent years that he’d asked the board for guidance. “We were receiving inquiry after inquiry. The direction was, ‘We’re not for sale, we’re going to fund our own future. But if there’s a transaction of strategic nature that enhances the mission and the vision and gets us there faster, then we should probably hear about one of those.’ This was the first such opportunity that met that criteria,” Huber said.

Honor’s acquisition aligns with a “mega-trend” in home healthcare, as well as other industries, Huber said. “We have for years been leading a digital transformation effort, to disrupt ourselves internally, to give our high-touch approach to care the digital tools and capability to continue to compete and thrive, knowing that sooner or later if we didn’t do it, it was going to come to us.”

Although he was trying to lead a “digital revolution,” that’s hard work and Honor’s acquisition and well-developed technology and operations platform will help. “This represents an acceleration of our vision, rather than a pivot.”

One example of Honor’s technology is an interactive app aimed at giving caregivers access to more hours and allows them to participate more in the process, which improves their overall satisfaction.

This is Honor’s first acquisition “of this scale,” said Sternberg. How did he pull it off?

“By calling Jeff. It was that easy, call Jeff,” he said with a laugh. “When you read about these things in the press, the thing that everybody misses is the human component. We were so aligned with vision, it’s uncanny. And the other thing that’s uncanny is the teams just love each other.”

Asked how the San Francisco-based Sternberg likes Omaha, where Home Instead is based, he was enthused. “I am sitting next to Jeff in Omaha right now” and was looking forward to a bike ride later. “It’s a world-changing mission and everyone deeply cares. And that is actually what makes this whole thing work.”