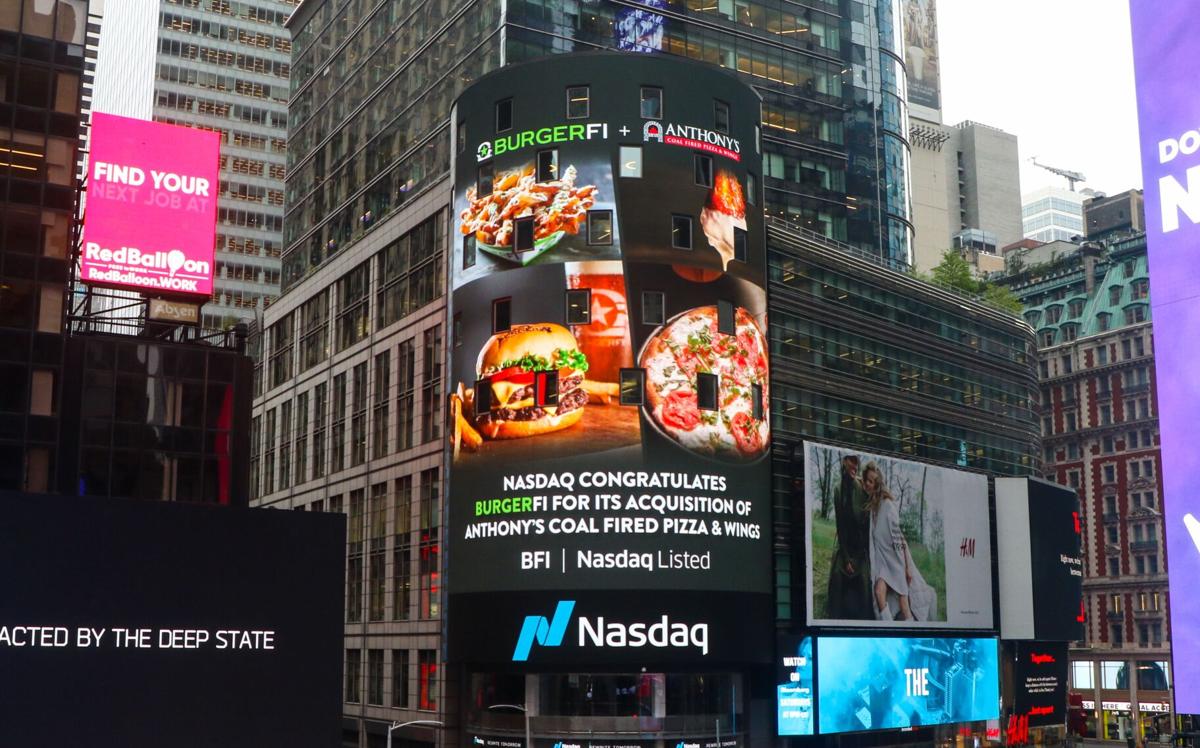 BurgerFi International gains a new large shareholder, private equity firm L Catterton, along with a new brand it intends to franchise in its $161.3-million acquisition of Anthony’s Coal Fired Pizza & Wings. Executives hope both developments lead to a higher stock price, which rose to an $11.33 per share high in July but closed yesterday at $8.81.

“We do not believe the current stock price appropriately reflects the value of BurgerFi, not to mention the addition of Anthony’s,” said BurgerFi CFO Mike Rabinovitch, which he attributes in part to major volatility this past year in the SPAC market, or special purpose acquisition company.

Since BurgerFi’s public debut the SPAC market has soared high and dropped low. In January 2020, about $1 billion was raised by new SPACs. That rose to $18 billion in October, the highest last year. In February 2021 the amount raised topped $35 billion but dropped to $6.1 billion in September, according to Dealogic and SPAC Research.

“Yes, there has been a cyclical reaction to SPACs in the investment community, but also the shareholder composition of companies that have gone public with institutions and funds and banks is different than the shareholders of SPACs,” Rabinovitch said.

He calls L Catterton’s continued involvement with the company a vote of confidence. “I believe they are the largest global private equity fund focused on the consumer space. They’ve bought and sold and grown dozens of restaurant brands,” he said.

“What’s very interesting about the way the deal is structured, the seller is not leaving with any cash. They’re taking shares in our company in exchange for ownership in Anthony’s. They would only do that if they had firm belief,” he said, noting L Catterton will take a board seat. “The amount of expertise and the breadth of experience they have will be a great supplement” to the existing team.

Julio Ramirez, CEO and president of BurgerFi, is a 26-year Burger King executive who joined BurgerFi in October 2020. “I joined the company two months before we went public, the SPAC was already formed. I’m very excited to have gotten into the role. Anybody’s who’s gone public knows it’s very energizing,” he said. “We have the heart of a lion even though we’re a small company.”

BurgerFi has 116 total locations, 22 corporate and the rest franchised. “Most of them are existing operators opening their second, or their fifth, sixth, location. That’s the mark of a good brand, when you have existing operators growing,” Ramirez said.

Anthony’s has 61 corporate-owned locations, and the first franchise rollout for the south Florida-based brand is in the works, Rabinovitch said. “One of the amazing attributes of Anthony’s is, they have high productivity in their locations: AUV $2.3 million per location, with really great operating margins of 19 percent; average sales per square foot approaching $700. Those economics are such that can grow.”

Even more interesting, he said, “Anthony’s has opened their first 1,700-square-foot location vs. 3,200 square foot. That lower level investment to open a smaller store, that can transform itself into a less capital-intensive growth strategy, or open up the opportunity for franchising.” He said they’re evaluationg the one smaller store to determine the “sweet spot” for franchise expansion.