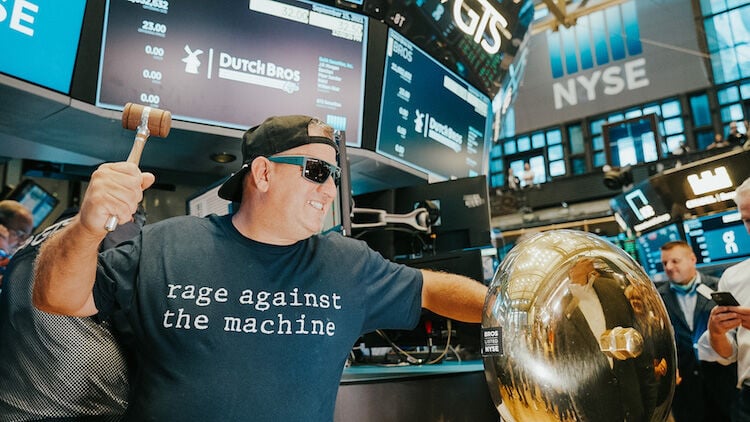 The IPO raised about $484 million and made Boersma’s 41 percent stake in BROS worth $2.3 billion, according to Bloomberg Billionaires Index.

Founded by Boersma and his late brother, Dane, 30 years ago, the Grants Pass, Oregon-based company sells coffee and Dutch Bros Blue Rebel energy drinks in drive-thru-only locations. As of June 30, 2021, there were 264 franchised shops and 207 company-owned units in 11 Western states. Average unit volumes in 2020 were $1.7 million, and same-store sales grew 2 percent through COVID-19.

In its S-1 filing, Dutch Bros noted the impact of the pandemic. “In keeping with our people-first culture, we also supported our employees by offering an additional $3 per hour in the form of “thank you” pay, as well as paid COVID-related leave,” it said, resulting in $8.3 million in costs directly attributable to the pandemic.

The wildfires that swept through the West Coast in September 2020 were an additional challenge, “burning communities, impacting air quality and forcing shops to reduce staff and, in some instances, close entirely until air quality improved,” it said. “Our drive-thru operating model proved resilient by providing our customers with a safe and convenient way to visit, buy a beverage and make a personal, human connection in a time of crisis,” the prospectus said.