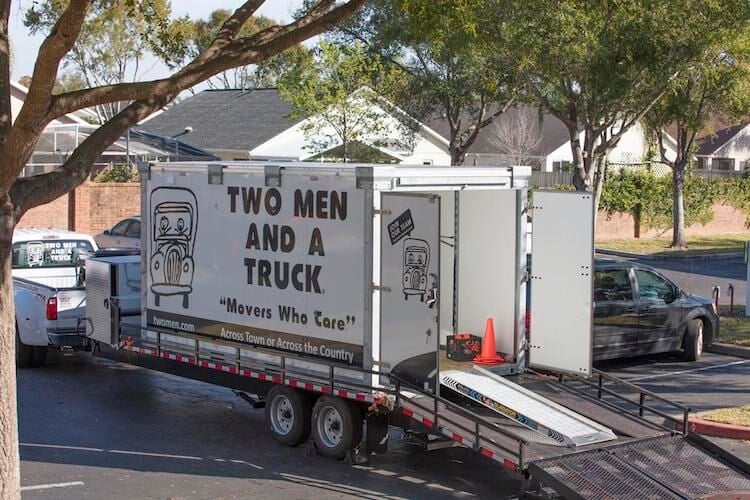 Established by Mary Ellen Sheets in 1985, Two Men and a Truck is now part of ServiceMaster Brands. "It's a big step," said CEO Jon Nobis.

Two Men and a Truck, the family-owned moving franchise launched in 1985 in Lansing, Michigan, has sold to ServiceMaster Brands and its private equity backer, Roark Capital of Atlanta.

“The family is officially exited from the business. It’s a big step,” said Jon Nobis, CEO, whose management team and operations will remain in Lansing. Brothers Brig and Jon Sorber started offering moving services in the 1980s. Their mother, Mary Ellen Sheets, established the company in 1985 and it now has more than 380 franchises.

“Emotionally it’s change, right? Anytime there’s change, that can be difficult because I like them as human beings, I love what they stood for. It makes you really proud to be part of Two Men and a Truck,” he said. “That’s what life is about sometimes, you’ve got to set a new course with new partners, and frankly I think we’ll get to meet some great new people and opportunities.”

Plus, he added, “the family is still a phone call away from me.”

The family “has always pushed our leadership team to say, what can we do to grow faster, which creates opportunity for people,” he said, and in the past they opted to continue family ownership. This year, “we looked at Roark as a potential partner, and ultimately the family evaluated and determined that they can accelerate growth and opportunity for people more than the family would be able to. That culminated in today’s announcement,” he said yesterday about the sale.

“With their resources, we are very excited about this partnership.”

Pointing out it’s only “day one” for the franchise under new ownership, Nobis said there’s “not a prescriptive plan” for Two Men and a Truck just yet. “Two Men and a Truck is operating at a very high level,” he said. “For us, this transition is more about trying to continue down that path, and looking at opportunities for additional growth.”

Nobis served as co-CEO with Brig Sorber until June 2018, when he became sole CEO. He is credited with playing an integral role in achieving “more than 95 consecutive months of record growth,” the company’s website says.

Two Men and a Truck reported a 41 percent increase in revenue in the second quarter of 2021, the company said. A junk-removal service started in late 2019 and being tested in select markets is one promising new venture, he said, which expanded during the pandemic along with traditional moving services.

Nobis will join ServiceMaster’s executive leadership team, reporting to CEO Elane Stock. ServiceMaster Brands, founded in 1929, runs more than 2,100 franchises and offers residential and commercial cleaning services. Roark Capital bought the firm in 2020; this is ServiceMaster’s second acquisition since then.