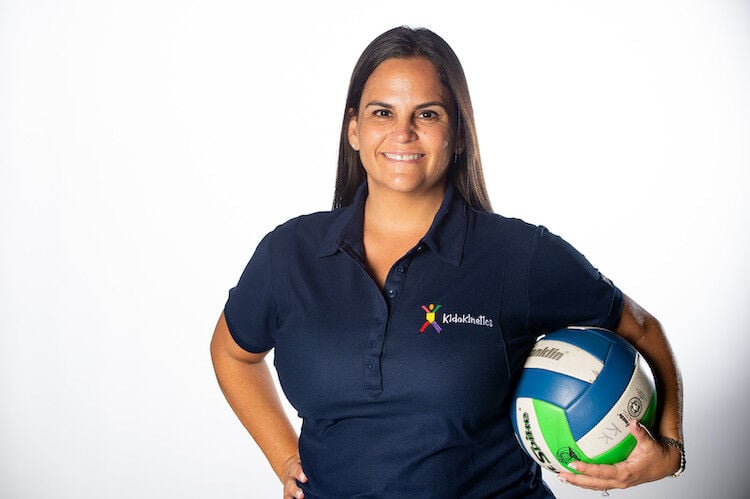 Terri Braun founded children's physical education franchise Kidokinetics in 1996 in South Africa, then launched the brand in the U.S. in 2000.

Kidokinetics, a children’s physical education franchise with 16 franchise territories, has attracted minority investments from the co-founders of College HUNKS Hauling Junk and Moving, Omar Soliman and Nick Friedman. Terms of the investment are undisclosed.

Kidokinetics’ founder Terri Braun grew up in South Africa and “just always had a passion for wanting to help children and make sure they never got laughed at or made fun of,” she said. Braun began taking karate lessons at the age of 8 and by 12, was already teaching her peers. The skills she learned, from fine motor skills to concentration to discipline, stuck with her and was the catalyst for her creating Kidokinetics in 1996, designed to engage kids in physical activity without getting bored.

“Before I started, I met with pediatric neurologists and other people in the industry and asked, why do we need? What are we missing?” Braun said. “What they came up with was a non-competitive program but introduced kids to different sports, so they’re able to be active and have fun.”

Braun started off teaching classes in South Africa until she and her family moved to Weston, Florida and began teaching karate at different preschools and learning more about the U.S. education system, which she said “is so different from what I grew up with in South Africa.” In 2000, she officially launched Kidokinetics in the U.S., and after a newspaper article was written about her concept, Braun had more than 80 kids show up to her first class.

Braun started franchising the brand in 2006, but struggled to gain traction. A Franchise Times article from 2013 details the challenges Braun encountered, from spending several years going to seminars and meeting with consultants to paying large sums of money to franchise development firms. But Braun is hoping this recent investment from College HUNKS will help pick up momentum for the brand, which she said is getting about 50 leads per month.

“Which I think is going to change now that we’ve narrowed down who our target audience is,” Braun said. “We have quite a few, at least 10 in the pipeline, and hopefully more will show up for our next discovery day and change where we are and our growth pattern.”

Dave Pazgan joined Kidokinetics as CEO and partnered with Braun in 2020, who she met through a mutual friend. “I knew with his franchise experience, he could help me take it to the next level,” Braun said, who still owns the majority of Kidokinetics. Braun began talking with College HUNKS co-founders Soliman and Friedman in February and March along with a few other people. It came down to sharing a similar vision of where they wanted the company to go, Braun said.

“They have very similar interests as far as wanting to help the youth of today and really what we’re doing, started at a young age, is getting kids to have a positive outlook on physical education and fitness,” Braun said. “I thought there was great synergy, and they’re close to where we are; Tampa is not that far, and they grew up with sports as a background.”

Along with a hiring push to help the company grow, Kidokinetics also just opened a brand-new headquarters located in West Palm, Florida, which will be used for franchise training, teaching employees and running some classes. They began building the facility in June, which Braun estimates has cost them about $50,000 so far. “I’ve been running Kidokinetics out of my house since I started in 2000. This October will be 21 years,” Braun said. “I had equipment in my garage, I do training, meetings, everything in the office run out of my house, and I kind of made it a goal to achieve to get out of my house and to have some separation between work and home.”

“I think everybody has growing pains when they first start. I know I definitely have,” Braun added, “but what was really attractive to me—between Dave and Omar and Nick—is they’ve gone through those growing pains and can come in at a level where they can take me to the next level without having to go through those again.”