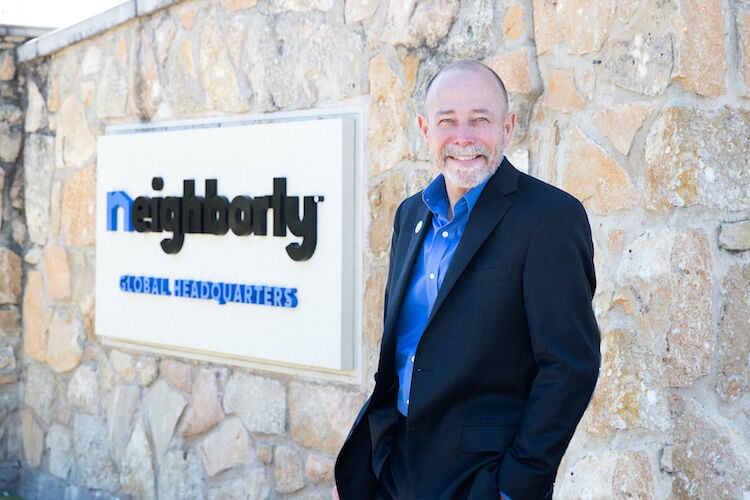 Neighborly has doubled its systemwide sales, to $3 billion, since it was purchased by Harvest Partners in 2018, said CEO Mike Bidwell.

Private equity giant KKR & Co. has agreed to buy Neighborly, the home-services franchisor with 28 brands under its umbrella and $3 billion in system sales—double the amount just three years after Harvest Partners’ purchase, in March 2018.

“We collaborated with Harvest, we decided to test the market to see if this was the right time, and it turned out it was. It was a very good result all the way around, so we couldn’t be happier.”

KKR & Co. raised about $18.5 billion for its latest North American private equity fund, which closed in May and was its largest such fund to date, according to Reuters. The fund is bigger than its most recent North American fund raised in 2006, with $17.6 billion.

Bidwell said that stereotype is outdated. “First of all that was the early days of private equity. It was just a different space. Today it’s a very competitive private equity market, there’s thousands of them. With that probably came, there’s more humanizing of the space,” he said.

“My experience, at least with the firms we’ve been associated with, there’s none of that. They’re all very socially aware; they’re all very concerned about the people in the business, and they want to be a partner of choice,” he said. “We really like the people we’ve met in KKR; there seems to be tremendous cultural alignment.”

Bidwell said he will remain CEO after the deal closes, and his mandate will be “to continue what we’ve been doing. We expect we’ll continue to be acquisitive, acquiring complementary businesses in our defined space” of home services.

Felix Gernburd, managing director at KKR, said in a statement, “In a large and highly fragmented industry, Neighborly stands out for its differentiated strategy of bringing together adjacent services under a diversified and tech-enabled platform, and—most importantly—for its unrivaled dedication to customer service.”

Terms of the deal were not disclosed. It’s expected to close in the third quarter of 2021.