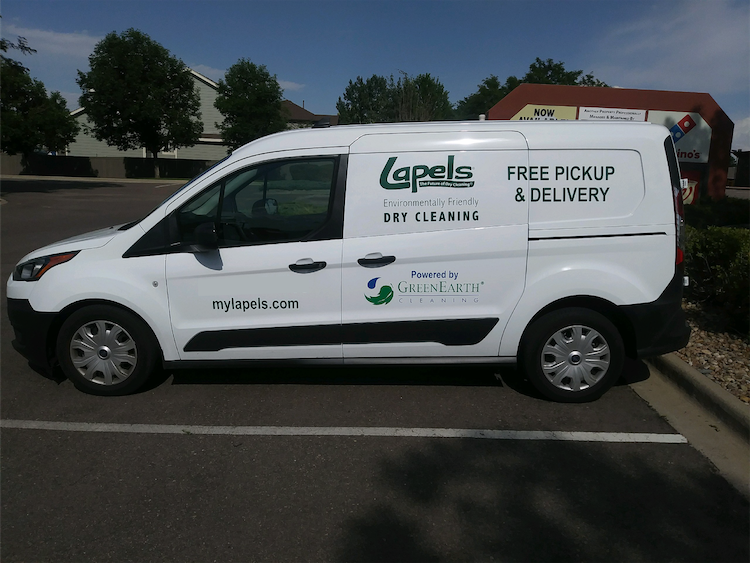 Clean Franchise Brands now has more than 500 stores in 40 states and nine countries.

“It’s been a fast and furious couple of months,” said Kevin Dubois, CEO and president of Clean Franchise Brands, who has been CEO of Lapels for 15 years. “I used to joke around about getting to 500 stores within my lifetime.”

Martinizing Dry Cleaning, 1-800-DryClean, Pressed4time and Dry Cleaning Station are the four laundry and dry cleaning companies acquired; Bizziebox, a locker company to store customer orders, is the fifth. “We’re the largest in the world,” Dubois said. “The master plan is to take advantage of the network.”

“In April 2020 we were down about 80 percent from where we’d been in March. All of that was simply people not going to the office to work. By October we got back to 40/50 percent, and a lot of continued growth was laundry—wash, dry and fold, and we started promoting that,” he said.

“I’m happy to report, two weeks ago we passed over the pre-pandemic level. We’re back to where we started and a little something,” he said when reached June 1. “We have people coming in now every day with bags and they’ll say something like, ‘I put this in my mudroom in April 2020, and now I’m finally bringing it in.’”

Greybull became a minority partner in Lapels in 2018, an investment that helped the brand through the pandemic. “It made a huge difference for us. It would have been a much different scenario” without Greybull, he said.

Clean Franchise Brands will offer franchises only under the Lapels and Martinizing brands, and they’ve expanded the offerings to three. The first is a pickup-and-delivery concept that costs about $36,000, and the franchisee has a truck and a route and exclusive territory.

The second is a satellite store concept that costs about $100,000, with a 1,000-square-foot store that brings in clothes and sends them to an existing Lapels or Martinizing dry cleaning plant.

The third option is a plant that costs about $550,000; those franchisees can build out their own hub-and-spoke system.