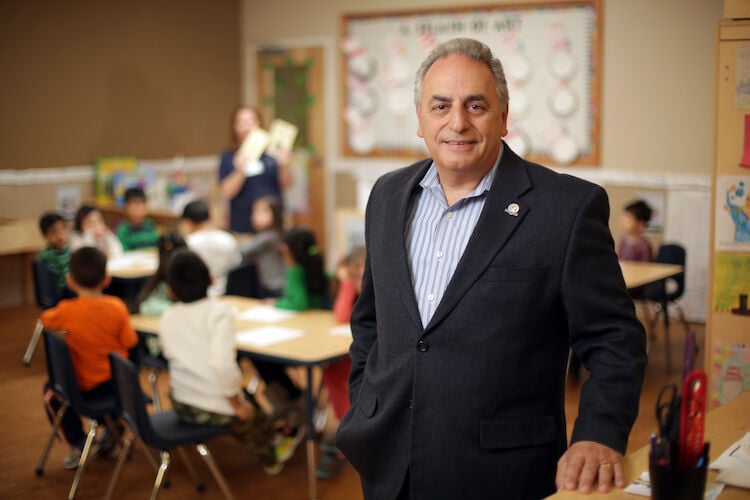 Founder and former CEO Guy Falzarano becomes chairman of the children’s education franchise and Gigi Schweikert becomes CEO, promoted from president. Falzarano said he’d been looking for a buyer for his 13 corporate centers for about three years and was courted by a number of companies. At the time he wanted to sell the corporate stores “and focus everything on franchising,” he said.

“We decided not to go with a strategic buyer. Private equity was too big for us,” he said. Then a deal with a private investor fell through when that partner died unexpectedly late last year.

Westerly and Elmsley had gotten in touch just a few weeks before. “I decided, life was too short, and I needed to move forward with this. I was able to get our board to agree and they did,” he said. “My primary criteria was, we’re not going to take a COVID haircut. We’re starting to come back,” and he wanted the acquisition price to reflect pre-COVID performance.

“Last week was a whirlwind,” Burke said about the closing in mid-June. “Everything about Lightbridge” was attractive, including its relatively small size compared to The Goddard School and Primrose Schools, franchise heavyweights in early childhood education, and Falzarano and the management team.

“Guy, he’s great and has a strong personality and has built this amazing culture and amazing team,” Burke said. “Lightbridge being smaller, being much more family-oriented, you’re going to get introduced to Guy, you’re going to get introduced to Gigi, the CEO. That resonates with a lot of franchisees that want more touch points and want a stronger say.”

Burke was a VP at a large Burger King franchisee and has a background in real estate, an area he believes can help to accelerate growth at Lightbridge, where in some cases the time from signing a franchise agreement and opening a center “can be as long as three years.”

“Ross and I are investing all equity; as of today there’s no debt on the balance sheet on the business,” he said, adding he turns 34 this week and Brendel is a year younger. “We think with this new balance sheet, and our desire to grow through real estate, we’ll have locations ready to go” for franchisees, he said. “We can say, ‘Hey, here’s a great location for you’ to open in the next six months.”