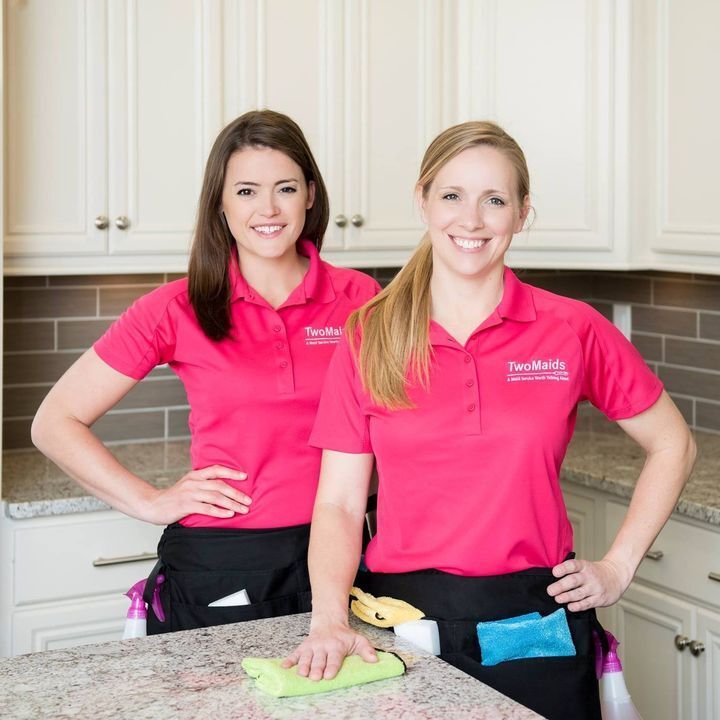 Two Maids & A Mop is the seventh brand to join Budget Blinds under the Home Franchise Concepts umbrella.

Home Franchise Concepts added Two Maids & A Mop to its portfolio, the seventh brand under the umbrella for the franchisor well known for its 1,300-unit flagship Budget Blinds. But the company backing these acquisitions since 2019—JM Family Enterprises—is barely known at all outside of the automotive world.

“This is the biggest privately held company you’ve never heard of before, being the 19th largest in the United States,” said Scott Barrett, CEO of Home Franchise Concepts, about JM Family. “We have very patient capital. We have a great balance sheet and a great opportunity.”

The automotive powerhouse plans to keep acquiring in the home services space. “We feel with our financial wherewithal and our patient capital, we can continue to build out this platform. I would not be surprised to add a couple of new franchise concepts every year. We certainly have the capacity to do two” a year, “if not more,” said Ron Coombs, president of JM Holdings.

JM Family Enterprises Inc. was founded by automotive legend Jim Moran in 1968, the company said in a press release, with $16 billion in revenue and more than 4,200 associates. “He said he wanted the company to live in perpetuity, on behalf of the people who work here,” said Coombs, about the late Jim Moran.

Moran became a billionaire by selling cars through auto dealerships with headquarters in Deerfield Beach, Florida, as well as financing and insurance products. He got his start with a $360 loan, enabling him to buy a gas station in Chicago in 1939, according to his obituary in The New York Times in 2007.

Moran’s Southeast Toyota Distributors, with operations in five states at the time, was so large that it sold 20 percent of all Toyotas in the United States, the company stated on its website, the obituary said.

The financial crisis of 2008 was a turning point for JM Family. “This journey started in the aftermath of the Great Recession. We loved the auto business, and we value and treasure our relationship to Toyota, but we realized we had all our eggs in one basket,” Coombs said.

“We looked for ways to grow. In 2019 when we acquired Home Franchise Concepts, that was the first foray into a business that was not in the automotive sector.”

Home Franchise Concepts bought AdvantaClean in early 2019, before JM Family entered the picture. JM Family then bought Kitchen Tune-Up and Bath Tune-Up at the end of last year, and this September added Two Maids & A Mop.

The deal closed September 13, and Barrett said his focus in the next several weeks is to “finish the onboarding analysis, if you will, and we’re literally two weeks into that. It would be premature to say today, these are the five things we’re going to change. In six weeks, we’re going to be clearer.

“Whatever it is, the emphasis will be focused around franchisee profitability, how to make them more successful. We will hammer home all the time about franchisee success.”

Two Maids & A Mop today has 91 units. It started inside a 250-square-foot office in Pensacola, Florida, in 2003. Ron Holt, founder and owner of Two Maids & A Mop since its origins, will be stepping down to start a new enterprise, the company said in a press release. Read here about Ron Holt’s extreme frugality when starting Two Maids & A Mop.

Jim Moran and JM Family Enterprises is not connected to the Moran Family of Brands, the franchisor of Mr. Transmission, Milex Complete Auto Care and Turbo Tint and others, Coombs said.