Skip to main content
You have permission to edit this article.
Edit
Home
Newsletter
Magazine
News
Top 500 Franchises
Resources
Share This
1 of 2 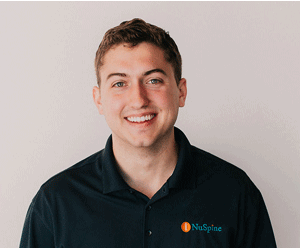 Aaron Hedlund, COO of NuSpine Chiropractic, pursued John Leonesio for two years as an investor before finally landing him. One of his weapons: a hand-written letter, which Hedlund saw on Leonesio’s desk when they met to sign their deal this fall.

Leonesio took a minority stake in NuSpine and sits on its board of managers, and The Leonesio Group will provide consulting services to the father-son team with two corporate locations in Lincoln, Nebraska. They plan to launch their franchising program nationwide in January.

"I get approached probably on a weekly basis, and a lot of them don’t fill the bill," Leonesio said in an interview. "When I find a model that I can check off all of the boxes and I think has great potential and I think has a great chance of being a game-changer in the market, then we get involved. I saw all those in NuSpine.

"I’ve been technically retired for about four times now," Leonesio added with a laugh. He’ll accept one or two deals at a time, coming out of retirement only if there’s something he gets excited about. "It’s pretty much one- or two-off at a time. We like to devote our time to the one guy in front of us."

Those "guys" are now Aaron Hedlund, COO, and his father, Founder and President Todd Hedlund, a doctor of chiropractic. They started NuSpine in 2013 "as a result of the changes in the industry as a whole," Aaron Hedlund said.

A first pilot clinic did well and so did a second. "It was at that point we realized this might have the legs to be bigger," and that’s when Hedlund began contacting Leonesio for franchise expertise.

"I went after him pretty hard. I snail-mailed him. I sent him emails," Hedlund said. "I think we developed to a point where we were at a tipping point to take what we’ve done here in Nebraska on a national level. I kind of wore them down."

"It was an awesome day for us," Hedlund said about signing the deal. "It was me and my dad grinding out for the last five years or so with these high, lofty goals. You get a win every now and again, but for the most part it’s a grind. When we were able to attract and come to a quality deal with The Leonesio Group, the stress of not knowing what steps to take next was entirely relieved."

Leonesio said NuSpine’s model is "really good" and its infrastructure solid, adding their service level is more personal than at The Joint, and their pricing model a bit better. Despite widely reported problems at The Joint in the early days, with chiropractors complaining they couldn’t make a living, Leonesio said there was nothing wrong with that model.

"The only thing I really disagreed with, The Joint tried to do too many corporate stores. I thought it took their focus off the franchise business." He says his advice to NuSpine will be: "Stay focused on doing one thing at a time, keep it simple, because it gets complicated on its own."

ServiceMaster acquired two pest control companies, Gregory Pest Solutions and McCloud Services, to add to its commercial capabilities. Gregory is based in the Carolinas and McCloud is a 100-year-old company covering the Midwest. They rank 30 and 31, respectively, on an industry top 100 list.

Nothing Bundt Cakes expanded its corporate store footprint by acquiring six bakeries owned by franchisees in San Diego. Owned by Levine, Leichtman Capital Partners, Nothing Bundt Cakes has more than 320 locations in the United States and Canada.

The publicly held Diversified Restaurant Holdings, a Buffalo Wild Wings franchisee with 64 sports bars across five states, inked a merger deal with ICV Partners. ICV agreed to acquire the company in an all-cash transaction for $130 million, including the assumption of debt and transaction expenses. DRH shareholders will receive $1.05 per share, a 111 percent premium to the 30-day volume weighted average stock price as of early November.

TGI Fridays will become a public company again if its deal is completed with Allegro Merger, a special purpose acquisition company or SPAC, for $30 million in cash and stock and the assumption of $350 million in debt. TriArtisan Capital and MFP Partners are its current owners. In 2014, hospitality and travel company Carlson agreed to sell the chain for $800 million, including debt, to Sentinel Capital Partners and TriArtisan Capital Partners. The Fridays chain has 396 domestic restaurants and 442 outside the United States. About 83 percent of the chain is franchised. Allegro was formed specifically to buy other companies, using funds generated through a public stock offering.