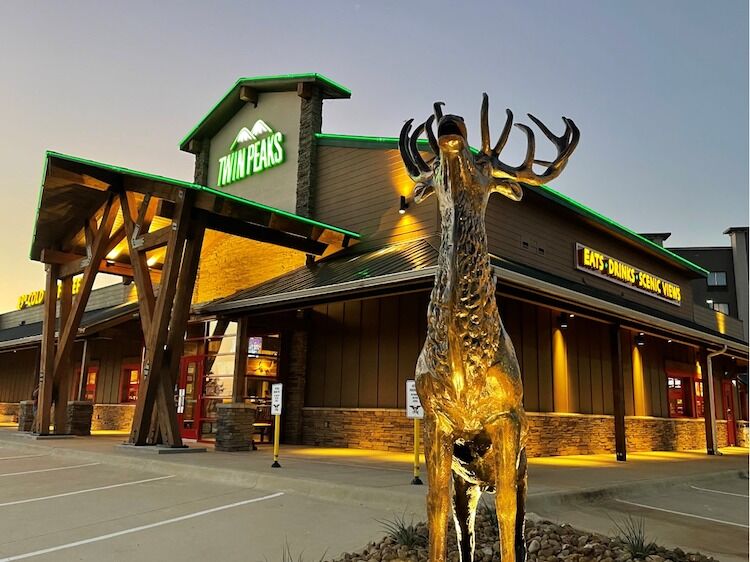 So is a sector he calls polished casual, including such chains as Yardhouse and Uncle Julio’s, which sit between casual dining and fine dining, with higher checks than casual but lower buildout costs. “We wanted to go into polished casual dining. We think it’s a great rounding out of our portfolio,” he said. “I think there will be bolt-on acquisitions” in the sector.

Twin Peaks posted systemwide sales of $262.3 million in 2020, down 26.7 percent from 2019. It had 78 units in both years, according to the Franchise Times Top 400. But with new backing in March 2019, from two former Burger King franchisees who formed Garnett Station Partners as their investment vehicle, this year marked a turnaround.

Garnett Station Partners is a private equity firm founded in 2013 by Matt Perelman and Alex Sloane, with $750 million of assets under management. “Their first business venture was a Burger King roll-up, and they sold it to Carrols,” the large Burger King franchisee with more than 1,000 Burger King and 55 Popeyes stores, retaining a minority stake in Carrols, Wiederhorn said.

“These are some young guys who started Garnett. This is a success story of turning the business around. They wanted to show a win in their portfolio,” he said, about Garnett’s exit from Twin Peaks in just over two years.

Wiederhorn said he attended an event celebrating the deal at the U.S. Open in New York City yesterday evening, hosted by Garnett Station, and was among those deluged by rainstorms in New York and New Jersey from storm Ida. “There was so much rain, the rain was pushing the buttons on my phone. It’s like trying to use your phone underwater,” he said.

“We are thankful for the years of support and guidance from Garnett Station, whose unique multi-industry experience has helped us identify value creation levers across all aspects of our business,” said Joe Hummel, CEO of Twin Peaks, in a statement. In March 2021, Hummel announced two key additions to the team, Glenn Moon to lead domestic and John Brisco in charge of international.

Wiederhorn said the Twin Peaks leadership will remain in place. “I don’t really want to mess with that management team. They are hitting their stride; they’ve increased average unit volumes, they’re running the beverage program and the scratch kitchen,” he said. “We’ll leave them alone.”

With 82 Twin Peaks stores open, six additional stores due to open by year-end 2021, and another 18 under development over the next 18 months, the purchase of Twin Peaks is expected to bring FAT Brands’ systemwide sales from approximately $1.4 billion to over $1.8 billion across more than 2,100 franchised and corporate-owned stores around the world, the company said.

Read here about FAT Brands acquisition of Global Franchise Group and its portfolio of restaurants.