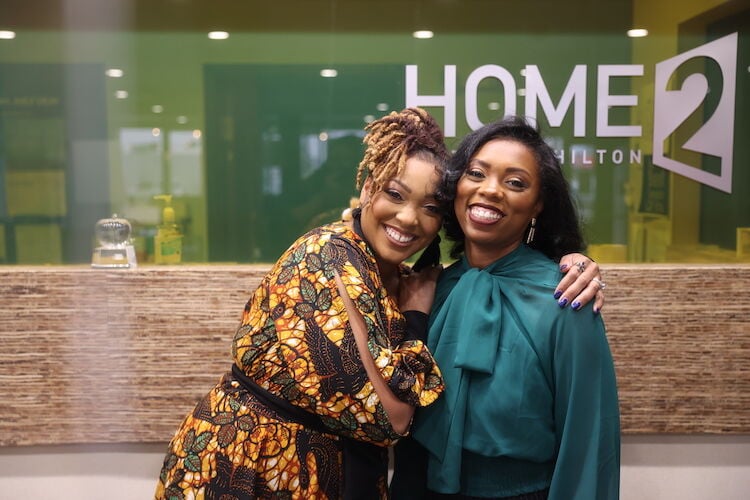 Davonne Reaves and Jessica Myers met at Georgia State University in the late 2000s and became roommates, not knowing their friendship would later turn into a business partnership. The duo acquired the Home2 Suites by Hilton in El Reno, Oklahoma, in November 2020 through their millennial-driven hotel ownership group, Epiq Collective. The deal, valued at $8.3 million, was done in partnership with Nassau Investments and makes Reaves and Myers the youngest Black women to co-own a property under a major hotel chain such as Hilton.

Reaves got her start in the industry as a front desk agent for the Hyatt Regency Atlanta. “I met a lot of hotel owners in my day, but one thing I did not see was hotel owners who looked like me,” Reaves said. “I would see Black hotel owners, but I didn’t see a lot of female hotel owners, and I definitely didn’t see anyone who was a lot closer to my age.”

So they had to create the path for themselves, Reaves said. They looked to other hotel ownership groups such as the Asian American Hotel Owners Association and noted their model and strategies to help form Epiq Collective, which was founded in 2019. Reaves also started The Vonne Group in 2017, a consulting firm to help first-time hotel owners successfully open hotels.

“This is the fusion of two powerhouses in real estate who came together to focus on collective and collaborative economics for this hotel acquisition,” said Myers. “What we do is work with investors to find deals to build generational wealth for families.”

Though Reaves had a hospitality background, Myers majored in journalism in college and ended up working in real estate.

“It was a journey of self-discovery—looking for fulfillment in media, I climbed the corporate ladder, then realized the ladder was on the wrong wall,” Myers said. “I realized I wanted to own my own time and found real estate.”

Reaves and Myers started grabbing lunch together in 2018 and having conversations about working together, brainstorming what they could build and discussing opportunities. The two credit a large portion of their success to building relationships and networking.

“People don’t realize the importance of developing relationships, which is a result of networking,” Reaves said. “We were able to partner with Nassau Investments through a hotel broker friend of mine, and she helped connect the dots, so it was the result of a year-long relationship and developing a partnership that worked out.”

“In September, we said ‘let’s do this,’ and in October the deal presented itself, so by November we were able to close the deal,” Myers added. “We were able to bring all the synergy and powers together and take advantage of the deal, and act immediately.”

The first change the pair implemented when they visited the property and met with staff was introducing benefits such as insurance, paid time off and a 401(k) option for employees.

“We met the staff and heart of the company who kept the property alive in the midst of the pandemic,” Myers said. “One person said, ‘I’m able to see now, I was able to go to the eye doctor and get glasses because I didn’t have insurance before’…that was definitely something we were grateful to provide for them.”

As for the near future, Reaves has the goal of creating 221 hotel owners in 2021, and Myers heavily hinted about two more deals about to close within the next few weeks—so stay tuned for more announcements.