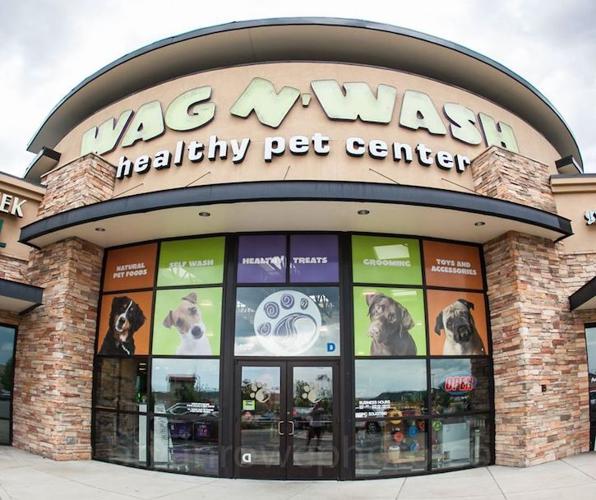 Wag N' Wash joins the Pet Supplies Plus umbrella after its acquisition from founders Jef Strauss and Dan Remus.

Wag N' Wash is the first acquisition for Pet Supplies Plus since it changed hands last year when Franchise Group bought the 600-location, 39-state franchisor of pet products and services. "First of all, I like their size. Second, they don't overlap with any Pet Supplies Plus stores," said Rowland, adding his main attraction to the new brand: "I really like the culture. They've built a passionate, fun culture" that he believes is similar to PSP's.

Pet Supplies Plus had been testing different store formats for a while, Rowland said, with test sites favoring more services for dogs, scaling back products for cats and adding "a little more high end" specialty retail. Retail, especially, is an opportunity for Wag N' Wash.

Rowland added 40 Pet Valu stores at the end of 2020, assuming select leases when the chain shut down. Those stores have been converted to the Pet Supplies Plus banner. "We saw the sales ramp of extremely quickly" at the converted stores. Read more about Pet Supplies Plus real estate strategy here.

About seven years ago Pet Supplies Plus bought Pet Extreme, a West Coast chain also converted to Pet Supplies Plus, as a way to jump-start expansion there while addressing supply chain issues. He noted Pet Supplies Plus has more than 200 commitments to open stores and another acquisition like the two above may make sense to help with the volume.

Wag N' Wash, by contrast, will be a stand-alone brand under the PSP umbrella, and existing franchisees will be offered first right of refusal to open WNW stores. "We know exactly where our neighbors are and where we over- and under-index" for store performance. "We're going to focus on markets where we're under-penetrated, but we know from competitors, we see no cannibalization" of a PSP store even when rivals open nearby.

Franchise Group closed its $700 million acquisition of Pet Supplies Plus in March 2021, at the same time obtaining $1.3 billion in new debt financing and refinancing the balance of the company's outstanding term loans and revolving loans. "We expect that PSP's unit economics, expansion pipeline and execution track record will bring significant scale and diversification to Franchise Group," said Brian Kahn, president and CEO, in a statement at the time.