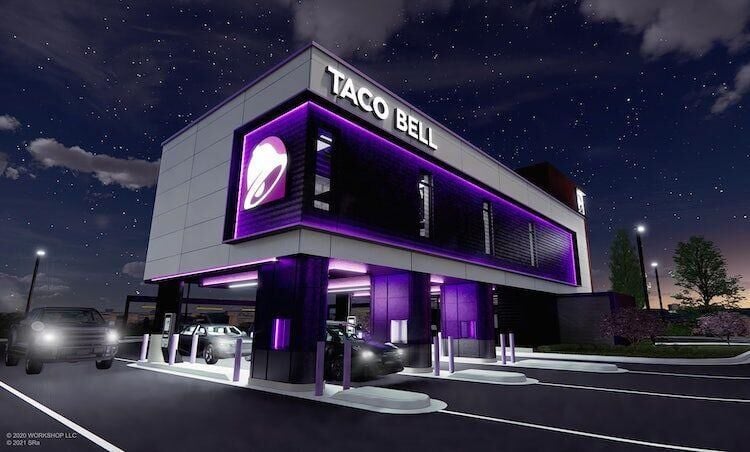 "Mubadala is specifically set up to invest outside of the region," said Roger Matthews, managing director at Bank of America, the investment banker who represented K-Mac, because "the ruler, the royal family, is looking at getting away from oil. Taco Bell is the best there is."

K-Mac, whose CEO is Sam Fiori and COO is Tina Reagan, is a first-class operator. K-Mac has made money for four owners over the decades, including Brentwood Associates and Lee Equity, who all made "a great return," Matthews said. "Fiori started there at age 16. Tina, she will be the CEO when he retires. She's called the newcomer but she's been there 25 years. It's rare for private equity people to have a management team for that long, and has always made money for the owners."

Matthews notes he found Mubadala because Bank of America has analysts in the Middle East, Singapore and many other places around the globe. "We've gotten to know the Mubadala people over time. We were looking for a high-quality partner," he said. Although it seems exotic to have a royal family backing a fund, they're just folks.

"The more you travel, people are more similar than we think," Matthews said, adding at a dinner in Abu Dhabi in late February, "we were talking about our favorite Netflix shows and who saw 'Squid Game.'"

In 2020, Middle Eastern sovereign wealth funds directly invested $14.7 billion in the U.S. versus $6.5 billion in 2019 and $6.18 billion in 2018, according to SWFI. In addition to K-Mac, Mubadala also invested in Reef to open cloud kitchens in the Middle East and North Africa.

Sovereign wealth funds "have a lot of money to deploy, and ideally would want to put more money in" along the way, as well as hold on to investments for decades. "It does create scarcity value," if something is going to trade once in 10 years rather than twice. "You only get one bite of the apple instead of two," he said.

"A lot of people didn't look at" the K-Mac deal, however, because they'd rather invest in a franchisor than a franchisee. (Goldman Sachs' purchase of Zaxby's in 2020 is an example.) When Mubadala swept in, "a lot of private equity firms felt they missed an opportunity for K-Mac."

The K-Mac deal traded for "very high single digits," Matthews said. "I would say these folks in Abu Dhabi know the restaurant business in the U.S. better than" many U.S. private equity firms. "If you're Yum Brands," which owns Taco Bell, "you should be ecstatic," because Taco Bell desires to be a global player and Mubadala already is one.

"If all you do is sell to middle market private equity funds," that goal is harder to reach. "I think we're going to see more sovereign wealth funds looking for these premier platforms," he said.