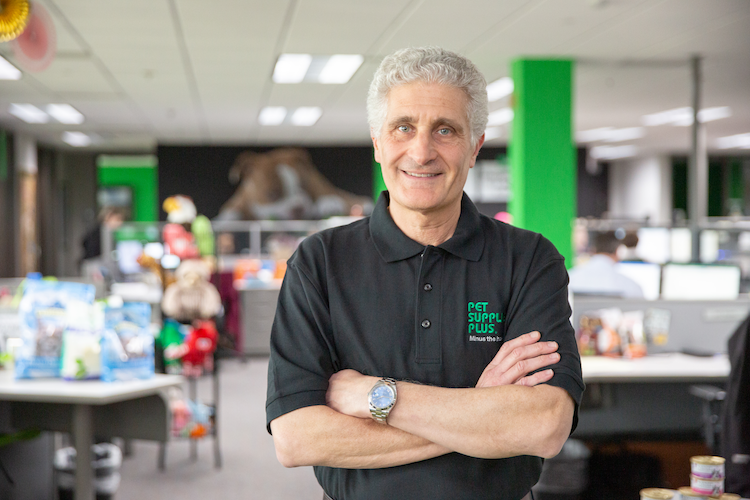 Jeff Bonanni bought into the Pet Supplies Plus chain 30 years ago, when only two corporate stores existed, neither making money. Today he has six PSP stores along with many other investments. He has "eight or nine" Subway stores in metro Detroit; Biggby Coffee shops in hospitals there; the Detroit-born Jet's Pizza now expanding in New York.

Plus, he's the first franchisee in a startup called Beyond Juicery + Eatery. "I've never had a job. I've been in my own business since I was 18. I'm unemployable," he declared. Hence he is the perfect person to explain how he chooses his franchises and operates them successfully, which he kindly did in a recent interview. Here are eight rules that can help any prospective franchisee.

1. Do you like the people in charge? "First, I have to like the concept. But I like a lot of concepts I don't do anything with. It's mainly if I can have a relationship with that owner of that franchise. If I don't like the people at the top, then I would not invest," he said. At Pet Supplies Plus, for instance, he knew the co-founders because his late father worked for one of them, and today Bonanni praises its CEO Chris Rowland. Sentinel Capital just sold Pet Supplies Plus to Franchise Group Inc., however, introducing many unknowns.

2. Prepare for the worst. "I don't care what business you're going into, you have to expect for the worst. You can't expect any business to open up and be profitable. It does happen, it happened to me," he said. In total, he has 24 stores and he's adding one more shortly. "Of those 25, I know of two for sure, three that made money from the first, second month. The rest of them, you've got to be able to say, I can sustain it for a year."

3. DIY profit checks. Most young concepts have scant information about profitability, but that doesn't bother Bonanni. He just figures it out himself. "Jet's Pizza, I knew they were making money, I knew from the other franchisees," he said. If other operators don't exist, "I go visit the stores and I sit there for hours on end," at different times of the day. "I sit there for four hours, count the customers...do the napkin math," and figure out the margin he can make.

5. Mental stamina required. "If you're draining $10-, $15,000 a month, which it can happen, you have to mentally say, we're going to" get through this. "Some of the worst stores become the best. If you stay the course…you grow and grow and grow, and you get involved in the community."

6. Do your own market assessment. With Pet Supplies Plus at the beginning, the first two stores were unprofitable, but Bonanni did his research. "The one thing I did figure out was, this is brand new. People still loved their pets 30 years ago. And I knew it was a bunch of mom and pops. I went into all the mom and pops. I went in and saw the concept they had and the concept we had. Ours was organized." One of the co-founders was a merchandiser for grocery stores, and that expertise showed.  "I saw, this is a no-brainer. They're going to love how it's organized. And on top of that, no one ever put out an ad for a pet store," he said. "That's how I made my decision."

7. You have to take a risk. When he quit his job and got his first Pet Supplies Plus store, "I was 25, I had time. I just got married in May of 1989. My wife was freaking out. We had a house payment, a car payment, and she was making $12 an hour. I went to zero income. That year from May to November we were back to the last $5,000 in the bank, we had three to six months of sustainability, and thank god it opened up, and I was able to get a $600 paycheck the very first week. The country's built on, you have to take a risk to get a reward," he said.

8. Follow the program. "If you're going to be a franchisee, I don't want to reinvent the wheel. I haven't had an idea that I would call good enough to take out on my own," he said. "What I like about franchising is, if I like a concept I'll follow the concept. I want to get in something I trust, that I like, that I can operate, and that I can make money."