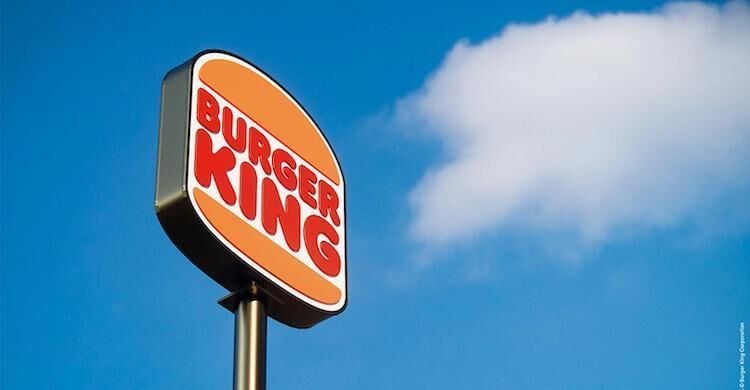 All 90 Burger King restaurants owned by franchisee TOMS King are up for sale, says its Chapter 11 bankruptcy petition filed January 2.

Slower foot traffic during the pandemic and rising costs afterward pushed TOMS King, a 90-unit Burger King franchisee based in Palatine, Illinois, into Chapter 11 bankruptcy this week, according to court documents filed January 2.  All 90 of its restaurants are for sale, in Illinois, Ohio, Pennsylvania and Virginia.

"It's driven by two things: COVID, and what's going on in QSR, those are the primary things. The company was doing pretty well in 2018 and 2019," said Dan Dooley of financial and operational consulting firm MorrisAnderson, chief restructuring officer in the case. He declined further comment beyond publicly filed documents.

"Over the past several years, and particularly as a result of the COVID-19 pandemic, the debtors' business suffered significantly from loss of foot traffic, resulting in declining revenue without proportionate decreases in rental obligations, debt service and other liabilities," Dooley wrote in the petition.

"Recent increases in costs of shipping and food, decreased availability of labor and inflation generally have exacerbated the debtors’ cash flow issues. As a result, although certain of the restaurants have remained profitable, others have been operating at a loss, resulting in the debtors’ inability to meet their obligations and achieve the financial metrics" required under their prepetition credit agreement.

Matt Carpenter, CEO of TOMS King Services, did not immediately respond to requests for comment. TOMS King was founded in 2012 and at one time had 130 stores in five states, according to his LinkedIn profile.

Bank of America is TOMS King's lender, providing a $44 million term loan, a revolving credit facility with a principal amount up to $2.5 million, and a development loan facility up to $5 million; those are obligations secured by TOMS King liens and assets. In March of last year Bank of America and the franchisee began negotiations for payment deferral and those efforts continued through the fall. Frank DeBorde, co-counsel to Bank of America with Morris, Manning & Martin, said no comment when reached today.

Unsecured debt is $14 million, with Burger King corporate the No. 1 unsecured creditor, owed $7,043,827 in royalties, marketing and other fees. American Finance OPR in Cincinnati, a landlord, is owed $2,367,882 as the No. 2 unsecured creditor.

Miami-based Burger King said via e-mail: "In the U.S., we believe we are capable of significant growth through our Reclaim the Flame plan, announced in September and endorsed by 96 percent of our franchisees. Over the next year or so, we anticipate a few franchisees will likely leave the system, and we will proactively manage those transitions. The restaurants will ultimately be owned by high-performing franchisees and other proven operators from the restaurant industry."

ReInvest Capital, an investment banking firm offering M&A advisory services to the lower middle market and with a focus on franchises, was retained last November to market TOMS King assets and to run a competitive bidding process.

"The debtors are now in a position to complete a sale or reorganization process in an expedited manner through these Chapter 11 cases. ReInvest has contacted over 200 potential purchaser prospects and will continue such marketing efforts during the bidding process," the petition said.

David Rego, managing partner at ReInvest Capital of Miami, confirmed the assignment but wasn't immediately available to comment further. He founded ReInvest Capital in 2005, according to the firm's website.

The plan was built in collaboration with franchisee leaders from across the country and was shared with all U.S. franchisees at its annual convention by Tom Curtis, president of Burger King North America, the company said. Restaurant Brands International is the parent of Burger King.

This article was updated with a comment from Burger King corporate.