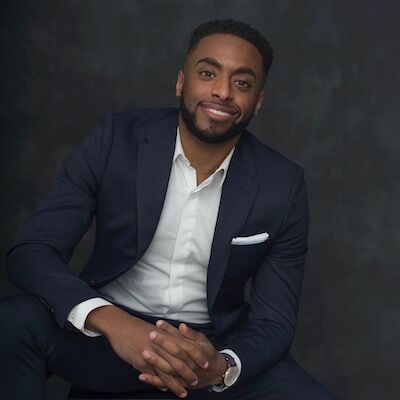 “The best chance you have to learn something that's been going on while you've been asleep is to listen and ask questions," said Chequan Lewis, Pizza Hut's new chief equity officer.

Chequan Lewis’s first experience with Pizza Hut occurred as a child through their Book It! Program, which since 1984 has encouraged reading in schools nationwide. When a student meets their monthly reading goal, they get a Reading Award Certiﬁcate, which they could exchange for a free one-topping Personal Pan Pizza.

"I was a Book It kid, that’s part of the thing that drew me to this brand—the ways in which Pizza Hut resonated with me as a kid, encouraging me to dive deeply into books so I could go and get a pizza, and the light that turned on for me," Lewis said. "That still resonates with me in my 30’s with a kid who just started preschool last week. It’s a reminder of how a brand that thinks seriously and critically about who it is and who it gets to be can really resonate beyond the simple transaction."

Lewis graduated from Harvard Law School in 2012 and joined Baker Botts as a business litigator. He hopped onboard Pizza Hut’s legal team in April 2016, mainly focusing on franchise mergers and acquisitions and strategic counsel to c-suiters, then shifted to overseeing the Express division.

"Each experience has built upon the next one and informed what I’m doing in the next role, so I’ve made it make sense," Lewis said.

Pizza Hut most recently promoted Lewis to the new role of chief equity officer. In this position, Lewis will take a broad-picture look at the company and their diversity, inclusivity and equity, from hiring practices to executive decision making at the Yum Brands subsidiary.

The timing of the promotion corresponds with the rise in anti-racist activism that was reignited following May 25, when George Floyd—an unarmed Black man suspected of passing a counterfeit $20 bill at Cup Foods—died on May 25 after former Minneapolis police officer Derek Chauvin knelt on Floyd’s neck for almost nine minutes.

"The immediacy of the moment encouraged us to invest in this in an intentional way. We’ve been working on this for a while, and we have a lot of work to do like a lot of places, but fertile soil makes it easier to plant things," Lewis said. "We look at diversity as a representation of progress of who is in the room, which is what numbers tell you…The inclusivity piece is also important. Now that you’ve got people in the room, can you create a sense of belonging for them, a place they can be themselves? Equity work is a little bit different and goes deeper, asking us to look at the institutions, procedures and processes. Are they set up in a way that would perpetuate inequity, or help us create a more equitable environment?"

On the same day they announced Lewis’s promotion, Pizza Hut also launched an anti-racist educational initiative for grade-school students called Empowering Educators. The program partners with First Book and is in response to a 2019 survey of educators that found the majority wanted to speak to their students about racism, but didn’t feel comfortable or know how to do so.

"This is the culmination of more than a year of work with our partner," Lewis said. "As we figured out how to be a market actor with moral clarity working in these spaces…we realized we don’t have expertise inside of our doors, but we can work with these folks who can deliver the ‘goods’ to the educators, administrators, parents and folks in the community."

While Lewis believes "it wouldn’t be righteous work without roadblocks," he prefers to think of said roadblocks to equity as opportunities to lean in harder. As Pizza Hut is a franchised business, he recognizes this can’t just be a corporate push.

"It’s important for us to make sure we’re not just doing ivory tower work at the corporate headquarters, but doing work that really makes a difference," Lewis said. "We’re rolling out courses to help us think about, at a team and restaurant level, what belonging means."

For companies that are just now starting to begin conversations in the workplace around equity, Lewis said it’s vital to listen, and listen intently before you start acting.

"The best chance you have to learn something that’s been going on while you’ve been asleep is to listen and ask questions before you start firing, because you want to make sure you’re aiming at the right thing," Lewis said. "Listen to people who have lived experiences outside the mainstream or people who haven’t been closest to the seats of power. One example is listening to Black and Brown voices. What might exist inside those lived experiences that we’re missing?"

Lewis adds that companies can’t be afraid to look into someone several levels their junior at an organization, because "leadership can come from places like that, as well." Then once you listen, act intentionally and don’t assume your actions mean you have the solution figured out.

"The elegance of trying to do equity as an enterprise project right now, is that it is the work," Lewis said. "This isn’t a special pet project that has an equity bow on it. We’re really trying to solve problems like they matter to us and like it’s the purpose of what our busines is, because it must be part of the purpose of our businesses."