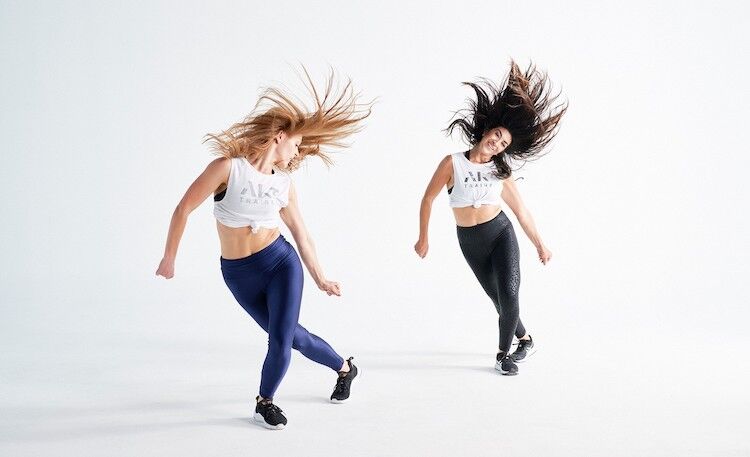 The Anna Kaiser Technique, called AKT, is based on dance moves. A professional dancer and celebrity trainer, Kaiser has sued Xponential after selling her brand in 2018.

When Anna Kaiser sold her dance-based fitness concept called AKT, which stands for Anna Kaiser Technique and is popular with celebrity clients like Shakira and Kelly Ripa, to Xponential Fitness in March 2018, both seller and buyer had glowing words for the other. No more, as hearings are set to begin November 11 in lawsuits exchanged between the two.

Kaiser sued Los Angeles-based Xponential on August 3, claiming the umbrella company of eight fitness brands is botching the franchise rollout of her concept. Her lawsuit claims only eight were open as of this fall despite predictions there would be more than 150 open in 2019. She also alleges she has not received all she was owed for the deal, which was $2.15 million in cash plus $850,000 over three equal payments, according to the lawsuit.

Xponential CEO Anthony Geisler disparages her on Zoom calls with franchisees, the lawsuit also claims, and freezes her out of management decisions, she told the New York Times, which was first to report the story Nov. 1. Attorneys pressing the case on her behalf, led by former U.S. District Judge Sue L. Robinson of the firm Farnan Law, did not return a request for comment.

Xponential, which owns eight fitness brands, then sued Kaiser days later, saying Kaiser has unleashed a "campaign of disruption" that is "willful, wanton, malicious and oppressive." She opened two of her studios and rebranded them as Anna Kaiser Studios, which Xponential claims violates her non-compete agreement. Through an outside spokesman, Xponential declined to comment for this article.

It's the first public dent in Xponential's standard operating procedure since 2015, when Geisler started the company by buying Club Pilates from its founder, and spent several months revamping the concept to make it more attractive to franchisees. He envisions at least 10 brands, for the "X" in Xponential, each in its own vertical.

Founders often have an unrealistic view of the viability of their brands to franchise. Geisler shared this analogy with Franchise Times as he related the condition of that first system when he bought it from founder Allison Beardsley: "You have an excellent chef who loves to cook but who is a terrible restaurateur," Geisler said. He and President Shaun Grove grew Club Pilates from 25 locations in March 2015, to finish 2019 with 562 locations.

Since then Xponential has purchased CycleBar, StretchLab, Row House, Pure Barre, YogaSix and Stride, along with AKT. Only AKT has a potential name problem, as franchisee Deanna Alfredo noted in an interview in October. Anna Kaiser is well-known on the East and West coasts and other hotspots, but not in suburban Detroit, where her location is.

Also, "AKT" is meaningless to most. "It's not like SoulCycle, where you have something in the name to know the modality," Alfredo said. Still, Alfredo chose it among many boutique brands because it's different from the rest. "I know I needed something that had a hook to it," she said.

Melissa Chordock, president of AKT, said in an interview in early October that more than 100 units are sold with 17 open. Chordock said Xponential's track record of buying and growing many brands has helped in her efforts to expand AKT. "Having the bones of something that worked in other brands, it's allowed us to start ahead" of other franchises.

It's unknown how the souring of the relationship between Xponential and Anna Kaiser will affect future franchise sales and openings, or change Geisler's reputation as a good place for fitness founders to sell their brands. But one thing is clear: the rhetoric is dramatically different.

Said Kaiser in March 2018: "My mission has always been to bring this new model of fitness to a wider audience, which is why I am thrilled to partner with Xponential Fitness and expand AKT throughout the nation."

Added Geisler at the time, "We will be the first to scale a dance-based fitness concept globally," he said, (perhaps omitting the brand Jazzercise founded in 1969,) and praising Kaiser for creating "an ultra-popular concept in AKT" with a "one-of-a-kind workout" to bring to the masses.