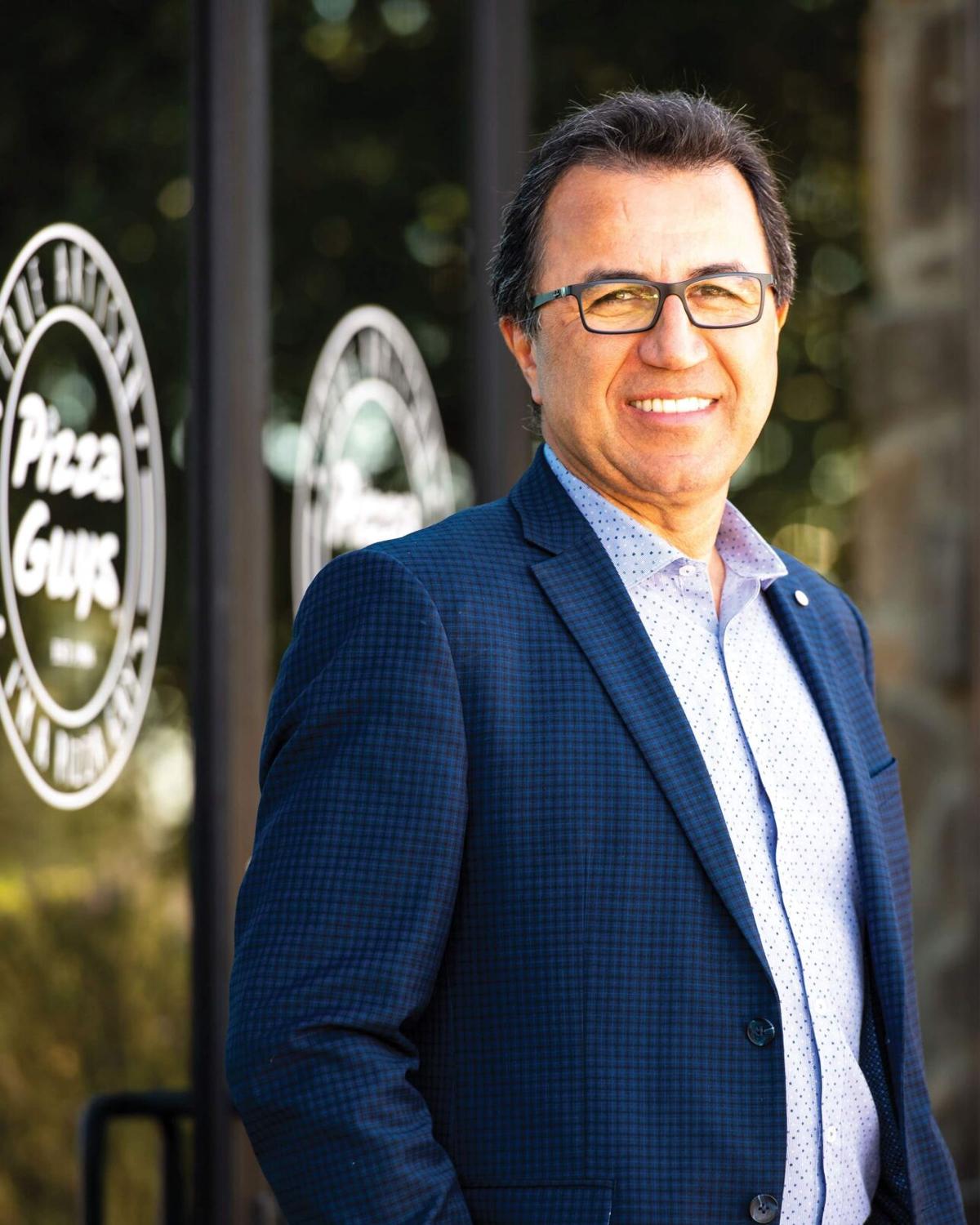 Pizza Guys founder Shahpour Nejad, who opened his first store in 1986, says he still has the passion to grow the brand, which is approaching 100 locations. 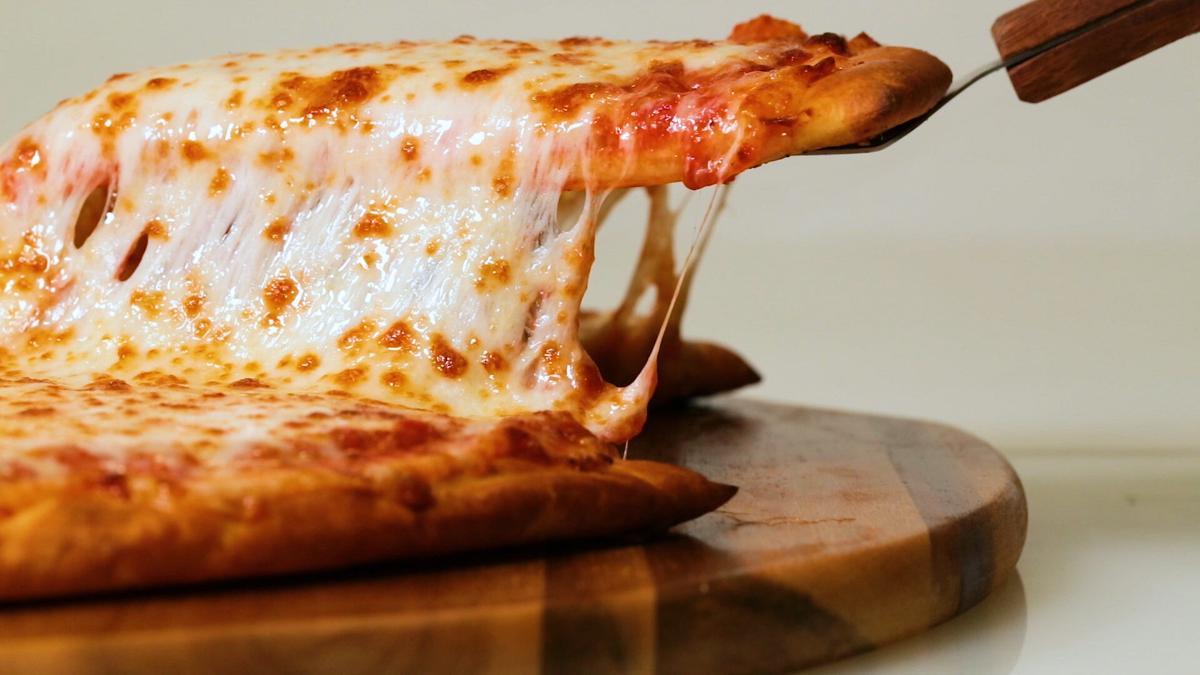 “I remember it vividly. I arrived in New York August 28, 1978,” said Shahpour Nejad, who at 16 moved to the United States as the Iranian Revolution was swelling in his home country and he had the opportunity study abroad.

“I didn’t speak English at all,” he recalled, but with a supportive host family and later his first job delivering pizzas, Nejad’s journey took him from Cleveland to Sacramento, California, where he launched his own pizza concept, Pizza Guys, that today is approaching 100 locations and increased average gross sales nearly $170,000 last year.

“Everyone was prosperous—my family was as well. I grew up in a very entrepreneurial family,” said Nejad of his childhood in Sari, an Iranian city near the coast of the Caspian Sea. While he was attending high school in Cleveland, the uprising in Iran ultimately led to the fall of the Pahlavi dynasty and the rise of the Islamic Republic.

“I couldn’t go back to Iran because the war started,” he said, so instead he enrolled in Cleveland State University to study mechanical engineering. With economic ties to Iran cut off and his family unable to send him money, Nejad took a job as a pizza delivery driver and “just worked really hard,” he said. Hard enough that the restaurant owner offered him a partnership opportunity that illuminated a future he hadn’t considered.

Instead of pursuing an engineering career, Nejad sold back his partnership stake after he graduated, moved to California where he had extended family and used the money to start his own restaurant, Superb Pizza, in Sacramento in 1986.

“I sent my degree to my parents and said, hey, here you go. You paid for it, but I’m going to stay in the pizza business,” chuckled Nejad, who noted he felt he could rely on his own passion and work ethic to create a successful business.

His first Superb Pizza, however, got off to a rocky start.

“It was a little bit scary. You have to start from zero again,” he said of obtaining financing and finding suppliers and contractors in a new state. “I knew it was going to be a difficult path but I had to just do it.”

Nejad said he “got ambitious” with his first restaurant, keeping the 65-seat dining room of a second-generation space, which was “totally different” from the delivery- and takeout-focused model he was used to. “The next store we said OK, no dining room,” said Nejad, and that store paid itself off in six months.

That delivery and takeout model is the one Pizza Guys, the name Nejad adopted when he decided to start franchising in 1994, follows today. The system has grown to 70-plus locations in California, Oregon and Nevada, with another eight slated to open this year and plans to expand into Arizona, Washington, New Mexico and Utah.

Pizza Guys, noted Nejad, is benefiting from an increased interest in the pizza category as prospective franchisees are drawn to the resilience it showed through the COVID-19 pandemic, while existing franchisees are opening new stores. Nejad has franchisees who worked with him in his first stores and are now growing their unit counts, which he said is especially rewarding and is part of what drives him to keep growing the business 30-plus years in.

Average gross sales crossed the $1 million mark in 2020, up from $844,827 in 2019 as Pizza Guys’ delivery and takeout model was ideally suited for consumers seeking convenient, low-contact food options during the pandemic. Pizza Guys, like many restaurants in the early weeks and months of the crisis, donated pizzas to hospitals and first responders, which Nejad said wasn’t just the right thing to do but also raised the brand’s visibility in the communities where it operates, helping to drive sales.

“And people notice we’re not in a price war like Domino’s, Pizza Hut, with their $5.99 pizzas—that’s not us. Our niche is specialty pizza,” said Nejad of the brand’s use of fresh produce, natural and non-GMO ingredients and mozzarella cheese shredded daily from 40-pound blocks.

After 35 years at the helm Nejad is as actively involved in the business as he was on day one, he said, and while he routinely fields calls and emails from outside investors and private equity firms, that’s not the path he sees for Pizza Guys.

“They don’t know the value of my business. They look at the numbers,” said Nejad of the investor interest. “I’m not interested in selling. I have the passion for it.”