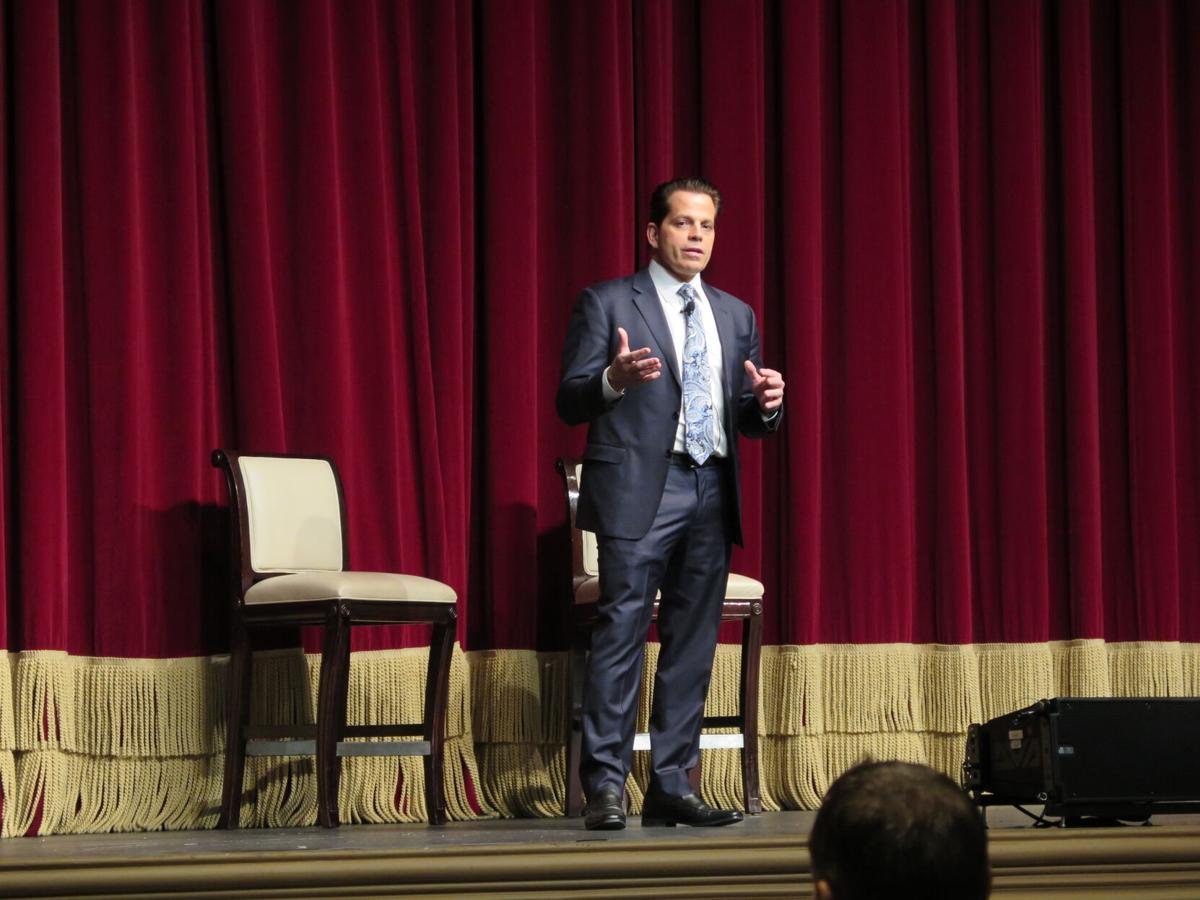 Famous for being the White House communications director under Donald Trump for just 10 days, Anthony Scaramucci owns a restaurant in Manhattan called Hunt & Fish Club—which will eventually accept Bitcoin as payment, he told the audience on Tuesday at the Restaurant Finance & Development Conference in Las Vegas.

Anthony Scaramucci, also known as “The Mooch,” told the audience at the Restaurant Finance & Development Conference on Tuesday they could ask him about anything. Cryptocurrency, politics, religion and even his 10 days as the White House communication director under former President Donald Trump was fair game—they just couldn’t ask him about the New York Mets.

Scaramucci spent seven years at Goldman Sachs before founding the global investment firm SkyBridge Capital in 2005, which he returned to after being fired from the White House in July of 2017. “One of the more brutal moments of my life,” he said.

The Italian-American businessman was born the son of a blue-collar construction worker and grew up in the middle class in Long Island, New York. He blames the U.S.’s massive deficit spending, plus the printing of more money, for “crushing middle income people and the lower class. If you have assets, you’re OK,” he said.

Consumers are "down about 24.5 percent in purchasing power, even though wages are up, purchasing power is down. It’s the monetization affect,” he continued. “The angry discontent in society was born from macro-economic policies, and it took my father’s blue-collar group of people from an aspirational working-class family, to a de-aspirational working class in 35 years.”

Then came the creation of Bitcoin in 2008, invented by a mysterious person or group of people (or computers?) under the name Satoshi Nakamoto. The idea of cryptocurrency or using a blockchain, Scaramucci explained, is to transfer value without needing the permission of banks or other third parties—“a delayering mechanism for our society.”

He could see crypto being used as an alternative to credit card companies, which typically charge around 2 to 3 percent in processing fees to businesses, which he noted would be a big benefit for the restaurant industry. Scaramucci himself owns a restaurant in Manhattan called Hunt & Fish Club.

“I’m bullish on the restaurant industry, because, I want you to think about that 3 percent load you’re paying to credit card agencies,” he said. “At some point, Hunt & Fish Club will accept Bitcoin, which will be monumental and could prove to be a real benefit longer term if you can bypass Mastercard and Visa—and they’ll probably never invite me to speak after I say this—but bypass over by blockchain. Go take a look at your profit margins. That incremental lift would mean you could pay people a little more, charge a little less—I’m bullish.”

Franchises are also getting in on the cryptocurrency game, from College HUNKS Hauling Junk & Moving to Rooter-Man, Franchise Times reported in October.

When an audience member asks which crypto companies will survive long term, Scaramucci listed off Bitcoin, Ethereum, Solana and Algorand as his best guesses. “The others would go by the wayside, in my opinion. But I’ve been humbled by life in markets,” he admitted. “I’m just going off probability statistics.”

Scaramucci ended with a story from his short stint in the White House. He was on board Air Force One and he had a bit of a cough, so Trump—who Scaramucci said is a germaphobe—called up the on-call White House physician at the time, Ronny Jackson, and said “something is wrong with Anthony, go fix him,” he recalled. So Jackson looked at Scaramucci’s throat, told him to turn around and remove his pants, then gave him penicillin and cortisone shots.

“I got my ass hanging out on Air Force One, flying 600 miles per hour,” Scaramucci said, his point being that “we’re just human beings trying to figure it out.”