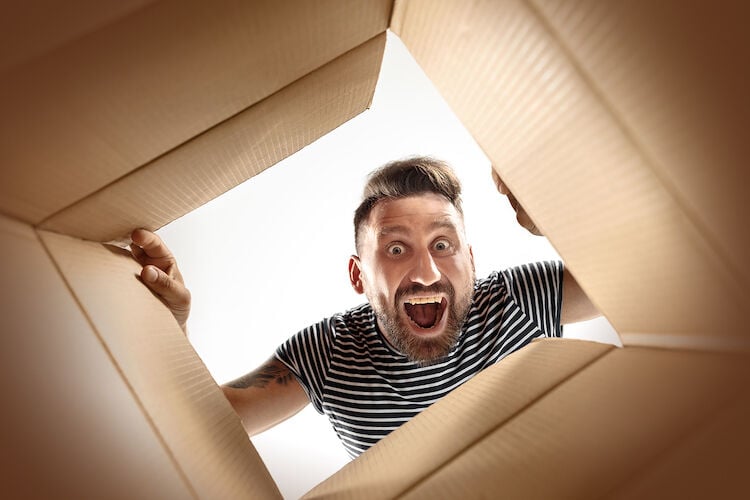 Not all things in the bankruptcy box are bad.

Some operators won’t even say the word “bankruptcy.” Take Adam Zeitsiff, CEO of Gold’s Gym when it filed for Chapter 11 in May 2020. "I don’t use the B-word," he said at the time. His public relations firm preferred "restructuring through the court process.”

But can bankruptcy be a good thing? These five operators used the process to their advantage.

1. Diamonds in the rough. Chris Rowland, CEO of Pet Supplies Plus, moved quickly when news broke last November that Pet Valu was closing its 358 U.S. stores. “We heard the announcement of them liquidating, so we reached out to their real estate department and had a conversation, and they were accommodating in terms of giving us information on stores we were specifically interested in.”

Pet Supplies Plus acquired 40 stores, half of which are corporate with plans to sell to franchisees; the other half were already in franchisees’ hands shortly after the closing.

“It was very fast. Start to finish, we did most of the due diligence and negotiations and everything within 30, 45 days. We moved much faster than we normally would. We have a pretty robust process, we were able to kick it up a notch,” he said, but added a note of caution.

“It’s like anything, you have to be careful that you don’t get too excited. While we were interested in a lot of the real estate, obviously there were a lot more that we didn’t take,” Rowland said. “We still did put it through our same real estate process to make sure it made sense for our brand, in terms of the demographics, in terms of the individual rent deals.”

2. 'A real lean, mean fighting machine.' Jeff Hetsel, president and COO of Cicis, cited a number of factors leading to Chapter 11. "We had $83 million in bank debt, owed to four banks, and as the volumes of the stores dropped in the pandemic, and we lost 100 stores in the pandemic, during that time the company wasn't worth $83 million," he said.

"All of our vendors were paid, all of our people were paid, it was just guarantees on leases," Hetsel said. "We had a big corporate headquarters; we moved back into our offices and distribution center" from years ago. "So we got rid of a big office, test kitchen and all that, and it was a chance for us to emerge a real lean, mean, fighting machine. We had a lot of real estate out there. At one time we guaranteed a lot of leases for franchisees. We were able to clean that all up."

D&G Investors bought the brand, closing in March after filing on January 25. “It’s the fastest I’ve seen a deal get done in bankruptcy,” said Anand Gala, who makes up half of D&G Investors, about the pre-packaged process that did not require a creditor’s committee. It took 34 days.

3. Goodbye, poor performers. Take it from Greg Flynn, CEO of Flynn Restaurant Group, who completed in March the acquisition of 937 Pizza Hut and 194 Wendy’s restaurants formerly owned by NPC International, for $522.5 million.

“The NPC bankruptcy process created some really great opportunities, because they closed 300 restaurants” during the period of reorganization, the bottom 25 percent, he told Franchise Times this spring. “That’s a dream of restaurateurs” to shed the poor performers, “and the only way you can do that is through bankruptcy.”

"The beauty of the bankruptcy process is, it enabled us to shed the underperforming stores and focus on the good stores that we wanted, and restructure the leases in a more favorable way," said John Rigos, co-CEO of the New York City-based Aurify, at the time.

In Chapter 11, if a two-thirds majority approves a reorganization plan, "then the other groups of creditors, their objections are overridden and it’s a cramdown on those dissenting creditors," explained Andrew Stosberg, a business bankruptcy expert at Middleton Reutlinger law firm.

5. Ups and downs. With the slogan "Die Fitnesshalle fur Alle" and a banana for a mascot, Rainer Schaller opened his first McFit gym in 1997 in Wurzburg, Germany. Last July his company, Berlin-based RSG Group, placed the winning bid for Gold’s Gym, paying $100 million for Gold's, with 61 company-owned gyms and more than 600 franchisee-owned units.

TRT Holdings, a Texas-based private company that also owns Omni Hotels, was the seller. TRT bought Gold's for $158 million in 2004.

Former CEO Adam Zeitsiff was philosophical about losing his job during the handover. (He then became CEO of Intelivideo.) Was it difficult? "Of course. Leaving a group of people that I consider family, not only my team members but my franchisees, it's never easy,” he said at the time.

“At the same time, I'm still in the industry. There's an emotional connection of course but at the end of the day it's business.”

And now Gold’s Gym has major expansion plans underway. In April, RSG opened what it called its “gym of the future” in Berlin, with 55,000 square feet and providing “inspiration for all future Gold’s Gyms locations.” “It sets the stage for a whole new ‘golden era’ for Gold’s Gym,” said Schaller in a statement.