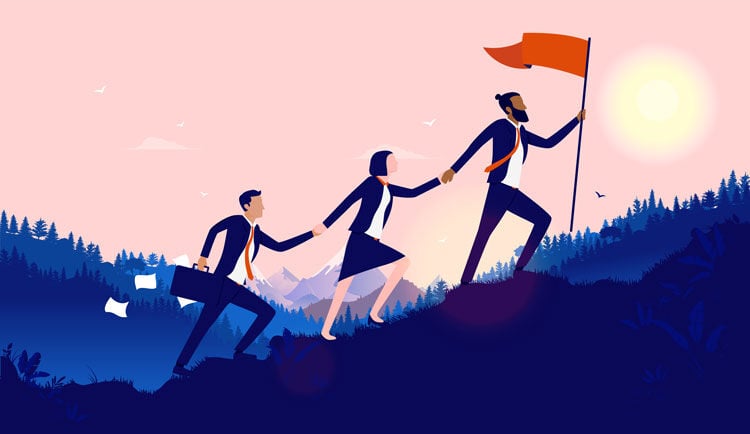 Bringing franchise operators together to share knowledge and best practices helps spread institutional wisdom and new ideas across the system, and ultimately boost performance. That was the goal for FranNet CEO Jania Bailey.

The leader of the franchise consultancy and advisory network said at first, it was a way to bring everyone together and create some healthy competition across regions but the groups became a critical network through 2020.

"We started this at the end of 2019. Little did we know how important it would be," said Bailey. "We divided our group into five groups and set them up as challenge teams. It started out as a bit of a competitive nature to move the needle. But with COVID, we took that out completely, and it did really become a sharing of best practices and a group where they could share their frustrations and successes. I honestly believe that was one of the major factors that allowed us to have a decent year in a pandemic year."

She divided the teams by region so that there would be market-applicable conversations and nobody in Texas would be able to say "it won't work here" about ideas from the Northeast. It also bound operators with a lot in common together further. To get things going, she found a low-stakes group task was the ideal starting point.

"They started out really competitive, they were just coming up with names. We assigned colors, and their first job was to come up with a team name and logo and they got really creative and did a fantastic job," said Bailey. "I think that's important, it’s a bonding opportunity and you quickly see as a group who steps up and steps back and who you have to coach forward."

While she picked the palette and got things going, Bailey advised other brands not to get too involved when it comes to the day-to-day or week-to-week group interactions. That could make an advisory group like this feel like yet another corporate initiative eating up productive time or worse, surveillance.

"One thing that’s very unique, we don’t have anyone from corporate on those calls. We don’t play big brother; we stay out of it completely. We do bring the teams together on a quarterly basis and let them share so each team comes to the table with some real learnings we had this quarter and they also have been cross-pollinating. One person said I'm having really good success with XYZ lead source and another challenge team wanted to hear more about it so they invited that person to their next challenge team meeting," said Bailey.

There are plenty of examples there: Better copywriting for emails spread via the challenge groups and successful ways to talk about the pandemic all came out of the groups.

The groups bring a lot of new energy and new ideas beyond those tactics. She said the groups fostered learning for both new people but also made a comfortable environment for those new people to share their fresh perspectives.

"What I love about it is the very senior people come to the table just as quickly as some of the new FranNet people," said Bailey. "It's not just the new people that benefit from those mentorship challenge teams or relationships but the more seasoned people, too."

She pulled out the old adage of "rising tides lift all boats" but the new teams are proving that out. Business is good, engagement is up and franchisees are leaning into the new way of doing things with transparency and sharing at the core of their work.