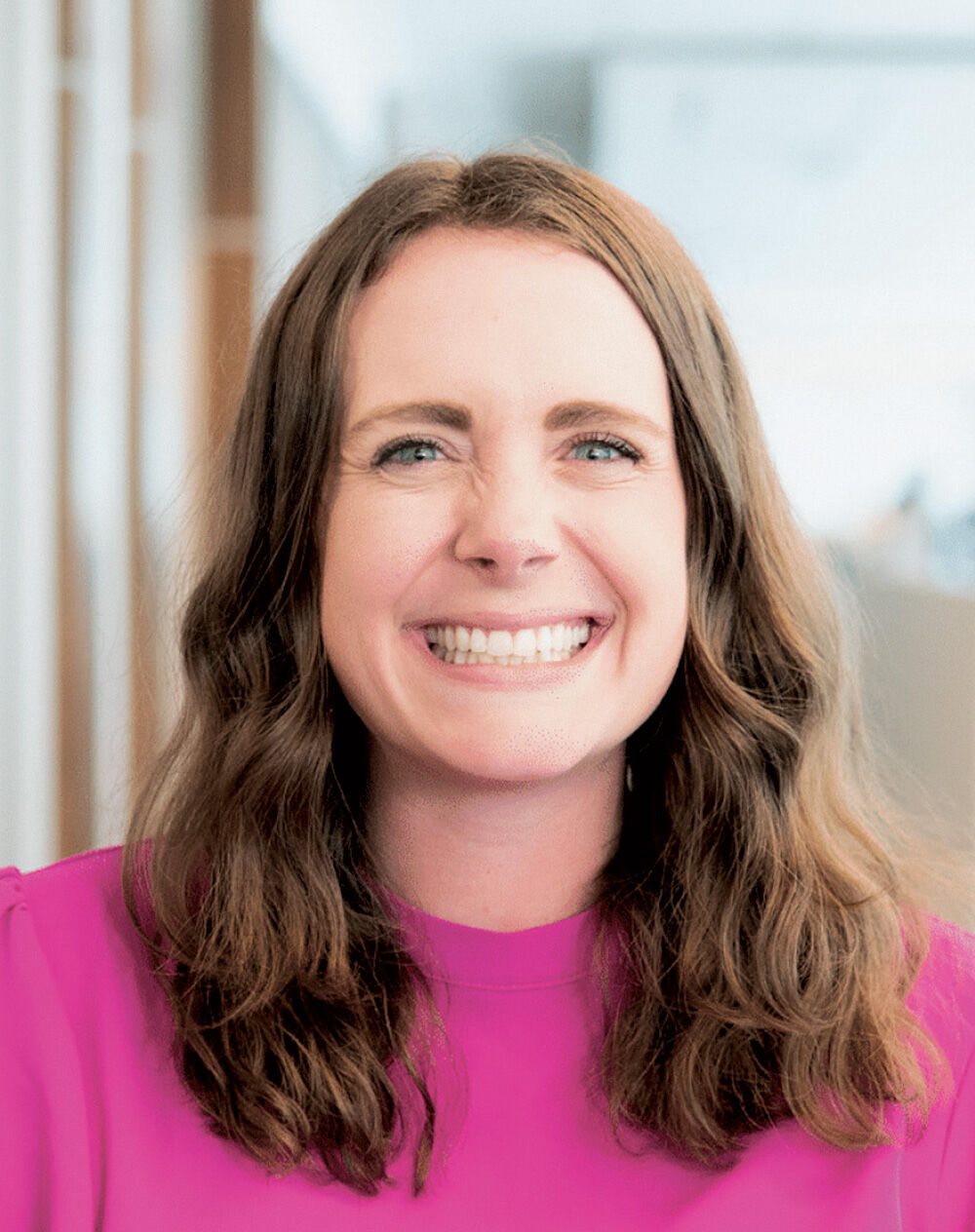 “When I want a mental break, I’m pulling out the People magazine or putting on ‘The Bachelor’—it’ll get me every time.”

Anne Hathaway. One, we’re both brunettes. Then, she’s very bright … she strives to be the master of her craft. She’s funny, but not in an outward way, but it has an impact. And she’s a theater nerd, so that speaks to me.

People being late. My team will tell you, every minute that they’re late they know I’m dying a little inside. Having an infant has thrown a wrench in that for me though.

“Baby Shark.” I have a little baby boy and he has toys that play it all day long, it’s on the TV, everywhere. It gets into your head. He loves it and I want him to be happy but I wouldn’t mind never hearing that again.

What’s the strangest thing in your refrigerator?

Hmm, I would say, things that are not food. Teething rings and eye masks to make me look less tired than I am.

To read minds. When all we do is visit with people all day long, learning more about what they’re saying and thinking, it’d be nice to just skip to the last part and know what they’re thinking. And we have a 10-month-old. He’s not talking yet, and I’m desperately trying to figure out what he’s thinking sometimes.

‘Schitt’s Creek.’ It just seems like pure chaos and a lot of dry humor, which I love. Or ‘This Is Us.’ It’s just such a great show, they’re great parents and unlike ‘Grey’s Anatomy’ they don’t kill off all the main characters.

Trader Joe’s white cheddar puff corn. I think we have four bags … they still make it and I still stockpile it. We will absolutely get in a fight if I see my husband eating it.

I’m a master at time management. When I log in in the morning and see 600 things I need to tackle, I’m like, bring it on. Just that management of the chaos, it’s definitely a strength of mine.

Taking out the trash. My husband and I were just having this conversation … it stems from two irrational fears. I’m afraid the bag will break and I’ll have to deal with the mess, and I’m convinced there are snakes in our garage.

The puff corn is definitely on there. And then, it’s gotta be trash TV. When I want a mental break, I’m pulling out the People magazine or putting on ‘The Bachelor’—it’ll get me every time. Now I’m working my way through the ‘Kardashians’ and ‘The Real Housewives of Dallas.’ It’s me, the Kardashians and a glass of wine and I’m as happy as can be.

I’m a huge musical nut. I grew up in musical theater. Starting at a young age—I think my parents just thought I was loud and put me in it—all through high school. And I was in choir in college. Other people are listening to rock ‘n roll or whatever, and I’m over here listening to ‘Defying Gravity’ (from Broadway’s ‘Wicked’) as a pump-up song.

I’m originally from Wisconsin. My dad, he convinced us to eat a grub. You know, what you put on the fishing hook and use to catch dinner. He made it seem like it was the most delicious thing in the world—it is not.